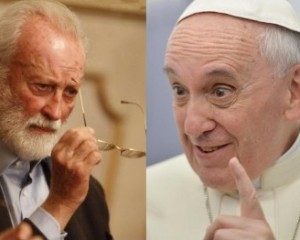 Editor’s Note: Are there lessons here for all clerical assemblies, no matter what background?

As Pope Francis convened a closed meeting on Tuesday with eight cardinals he appointed to overhaul the Vatican, he used his second revealing interview in two weeks to make a barbed indictment of the failings of the Roman Catholic Church, calling it overly clerical and insular, interested in temporal power and often led by “narcissists.”

“Heads of the church have often been narcissists, flattered and thrilled by their courtiers,” he said in the interview, published Tuesday and conducted by one of Italy’s most outspoken atheists, Eugenio Scalfari, founder of the newspaper La Repubblica in Rome. “The court is the leprosy of the papacy.”

He said his vision of the church is instead “a community” of people, priests and bishops who “are at the service of the people of God,” especially the poor, the old and the young “crushed” by unemployment.

“The most serious of the evils that afflict the world these days are youth unemployment and the loneliness of the old,” Francis said, in a striking departure from his predecessor, Pope Benedict XVI, who focused on secularism and relativism as the great evils.

The new pope’s comments provided a peek into his thinking as he began three days of private meetings of his kitchen cabinet of cardinals from Australia, Chile, Democratic Republic of Congo, Germany, Honduras, India, Italy and the United States. He appointed the group early in his papacy to advise him as he tries to overhaul the Vatican bureaucracy, known as the Roman Curia.

Reform of the Curia was an explicit priority of the cardinals who elected Pope Francis in March, in a conclave held in the midst of a scandal over internal documents stolen and leaked by the pope’s butler and reported to contain accusations of financial impropriety, homosexuality and blackmail in the Vatican.

Francis has made clear that he wants not simply to clean up scandals, but to rid the church of careerists, climbers and those who value clerics more than the laity. He said in the interview, “Clericalism should not have anything to do with Christianity.”

He said the Curia should be like a “quartermaster’s office” in the army because it was meant to manage “the services that serve the Holy See.” He said the problem is that the Curia has a “Vatican-centric” view that “neglects the world around us.”

“I do not share this view, and I’ll do everything I can to change it,” he said.

In the interview, Francis called the eight cardinals “not courtiers but wise people who share my own feelings.” He added, “This is the beginning of a church with an organization that is not just top-down but also horizontal.”

He was interviewed on Sept. 24, five days after his first interview set off an uproar when it was published by Jesuit journals worldwide. Mr. Scalfari, the interviewer, said he was shocked when his letter seeking a meeting with Francis was answered with a phone call from the pope himself, offering to set a time.

This second interview leaves no doubts that he is in a hurry to further the stalled work of the Second Vatican Council: to open the church to modern culture, and to have a dialogue with other religions and nonbelievers.

He said that after Vatican II was held in the early 1960s, “very little was done in that direction.”

“I have the humility and the ambition to want to do something,” Francis said.

At the end of the interview, he suggested that he and Mr. Scalfari meet again to discuss “the role of women in the church,” noting that in the Italian language, “the church is feminine.”

Related Stories
What Did the Pope Say? Developing a Hermeneutic of Papal Interviews – Catholic Online