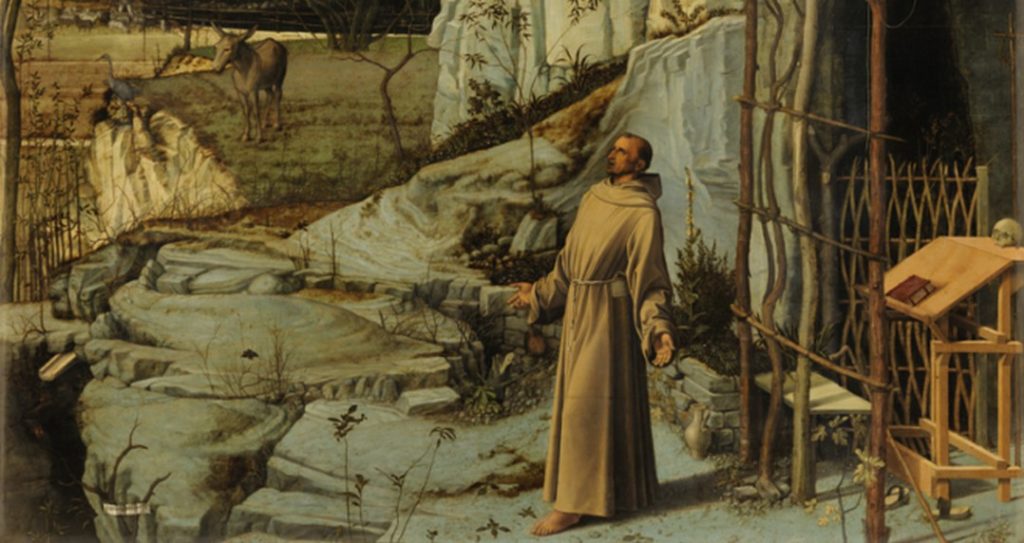 We are now in what is called the “Great Fifty Days” of the Easter Season. As we know, every Sunday is really the celebration of Easter, what the Church calls the “Paschal Sacrifice,” the saving death and resurrection of Christ. During these great fifty days, we are meant to recall and be refocused on the central event of our faith in an even more profound way. This event, which is at the heart of history, and the heart of the universe, is meant to shape every aspect of our lives—our family life, work, and politics—and, if it does not, we must reform and repent. As the Scottish poet George Macdonald once said, “it is simply absurd to say you believe in Him, if you do not do anything He tells you.”

It might seem peculiar to think about preparing for death in the season of life. Some might go so far as to consider it morbid or even, in some way, denying Easter’s hope. Yet that is not how a Christian should view the idea of thinking about death, specifically our own death: humanity has a one hundred percent mortality rate.

If we are being brutally honest, the reality is that even faithful Christians—perhaps all of us, especially in the secularized West—participate in some way in the denial of death. The thought of our demise makes us uncomfortable, so we find ways of avoiding it. We do not die; we “pass,” “pass on,” and “pass away.” The question might be: where to? The next room?

Many years ago, I was staying with an old friend, now dead, in a tiny village in Umbria. One of the villagers had just died, and my friend and I went to the family home to pay our respects. The dead man was lying on his bed, dressed in his best suit, rosary beads wrapped around his hands. The Holy Water bucket was in the corner of the room (yes, that’s where the phrase comes from) for every visitor to bless the dead man. His wife, and all the females, were dressed in black, with the wife continuing to wear it for a year.

The old rituals of mourning have disappeared. We now talk of closure, and seem to impose a time limit on the length of grief. Even worse, some of us are embarrassed to encounter a person who has lost a loved one. Death frightens us, especially our own.

Yet the preparation for death is part of an authentic Christian life; it is neither morbid nor lacking in hope. The “memento mori,” the reminder of death in culture, has been a feature of Christian art through the centuries. One thinks, for example, of the painting by the Spanish artist Zurbarán entitled “Saint Francis in Meditation.” What do we see in that picture? Saint Francis of Assisi, that most joyful of saints, called in his time a “second Christ,” is contemplating a skull and meditating on his own death. Many saints had a skull on their desk or at their place of prayer. Yet we moderns instinctively recoil at such a thought.

Christianity is not a death-denying religion; it is a death-defeating faith. Living with a true faith in the resurrection of Jesus Christ from the dead should make the contemplation of the certainty of our death not a morbid fear to avoid, but a healthy part of an active spiritual life.

Dr. Johnson, the great English man of letters, once said humorously that “when a man knows he is to be hanged in a fortnight, it concentrates his mind wonderfully.”  That concentration of the mind is meant to make us live well, avoid all that is petty and unimportant, forgive, and live in peace as much as is humanly possible.

Saint Benedict, the father of Western monasticism, wrote in his Rule that the monks should “keep death daily before” them. This is perhaps something that is heightened in our lives during this difficult time. Yet most us, as Dr. Johnson observed, “act as if life were without end, though we see and confess its uncertainty and shortness.” Intellectually we know the facts but, it could be argued, living with the reality of “death daily before” us would make normal human conduct almost impossible—like life in never-ending lockdown, a vision of Hell.

This is not reality for the believer. In a letter to his wife from prison, Blessed Franz Jägerstätter, the German farmer guillotined by the Nazis in 1943 for his refusal to fight for what he considered a satanic regime, wrote: “What can give us Christians more comfort than that we no longer have to fear death?”

This is a lesson the martyrs give us, throughout the centuries, both in ancient Rome and modern Iraq or Syria. Monsignor Ronald Knox once wrote that the martyrs triumph over what he called the “spell” of the things which persecution took away from them, the greatest of which was life itself. The martyrs live the words of Saint Paul, “O death where is your victory, O death where is your sting?”

In a death-denying culture, yet one which, as Cardinal Sarah has written, kills infants in the womb and euthanizes the elderly and infirm, it is unsurprising that much of what passes for intellectual discourse in the organs of the media, exhibits a profound unwillingness to face the reality of death. It is tragic that the Church is losing this moment for authentic evangelization with the great message of Christian hope, as so many of its leaders cower with fear, silenced by their own diktat, in the Upper Room.

“The world passes away,” wrote Dr. Johnson, “and we are passing with it; but there is, doubtless, another world, which will endure forever. Let us fit ourselves for it.” That is not morbid; that is real Christianity.

Fr. Benedict Kiely is a contributing editor to Crisis and the magazine’s Middle-Eastern correspondent. He’s the founder of Nasarean.org, a 501(c)(3) charity dedicated to relieving the persecution of Christians in the Mideast. He is incardinated in the Personal Ordinariate of Our Lady of Walsingham.