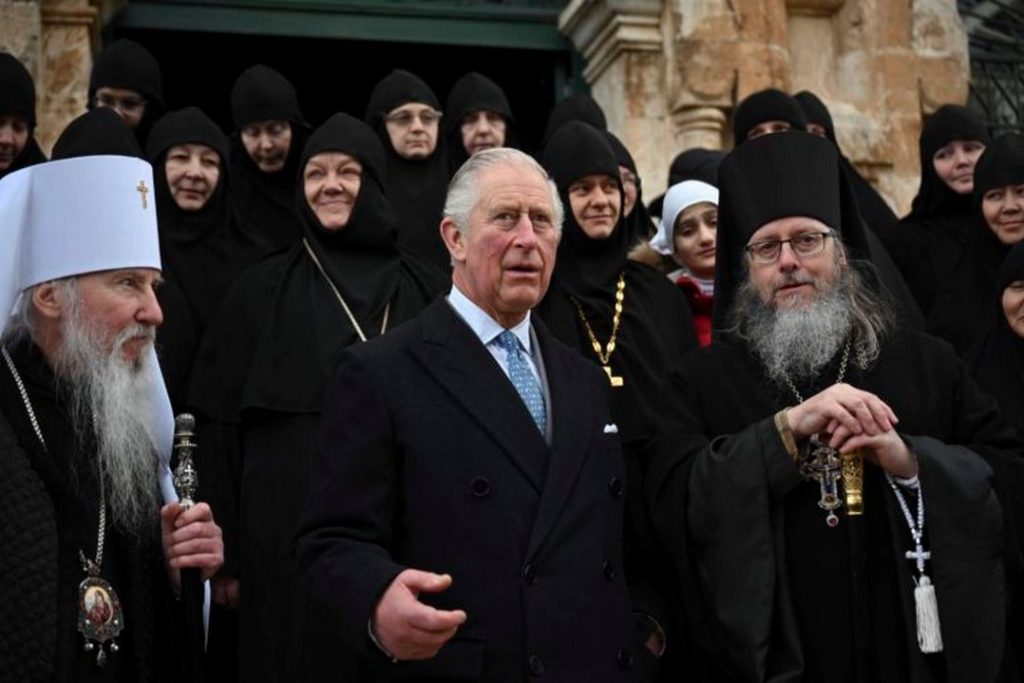 JERUSALEM – Britain’s Prince Charles on January 24 paid a solemn visit to the tomb of his Greek Orthodox grandmother, who sheltered Jews during the Holocaust and whose tumultuous life was marked by exile, mental illness, and a religious devotion to serving the needy.

The Prince of Wales made no public remarks, but he paid tribute to his grandmother the night before at the World Holocaust Forum, which was attended by dozens of other world leaders and coincided with the 75th anniversary of the liberation of the Auschwitz death camp.

“I have long drawn inspiration from the selfless actions of my dear grandmother, Princess Alice of Greece, who in 1943, in Nazi-occupied Athens, saved a Jewish family by taking them into her home and hiding them,” Charles said.

She is counted as one of the Righteous Among the Nations, an honor bestowed by Israel’s Yad Vashem Holocaust Memorial on non-Jews who risked their lives to save Jews during the Holocaust. Charles said that was a source of “immense pride” for him and the royal family. 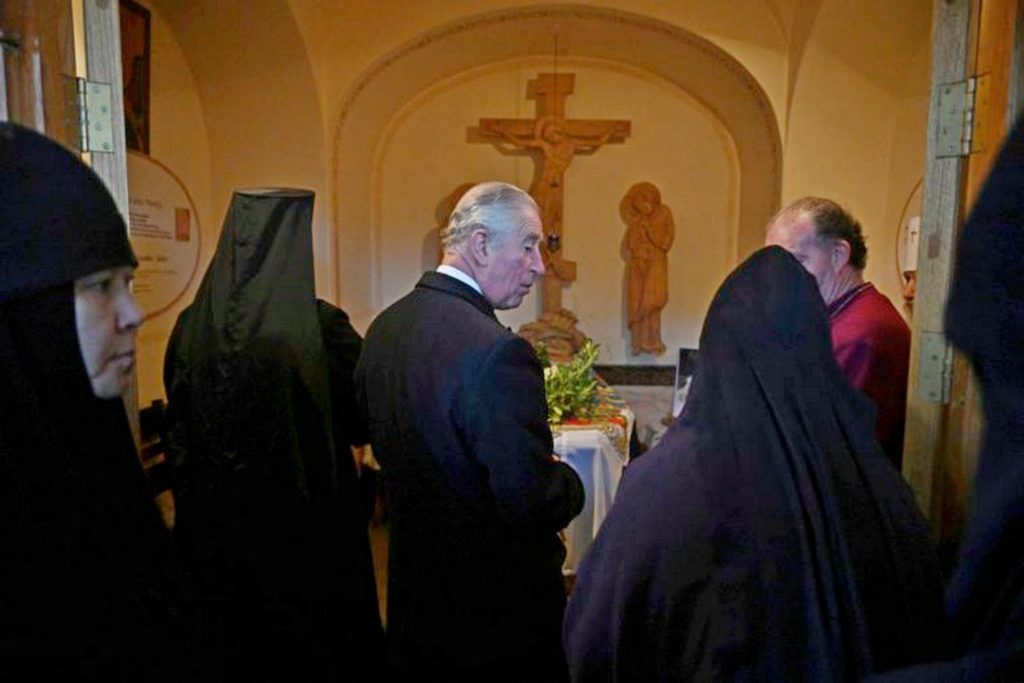 Britain’s Prince Charles, center, visits the tomb where his grandmother Princess Alice is buried at the Church of St Mary Magdalene at the Mount of Olives in Jerusalem, Israel, Friday, Jan. 2020. Prince Charles is on a tour of Israel and Occupied Palestinian Territories. (Neil Hall/Pool Photo via AP)

She was born Princess Alice of Battenberg in 1885. She was deaf from birth and suffered from mental illness, but managed to devote much of her life to aiding the poor, the sick and refugees.

The great-granddaughter of Queen Victoria married Prince Andrew of Greece in 1903 and had five children, including Prince Philip, the future Duke of Edinburgh and consort to Queen Elizabeth II. The family was driven into exile on two occasions, and the princess was diagnosed with paranoid schizophrenia and spent time in a sanitarium after suffering a nervous breakdown.

She became a Greek Orthodox nun in 1928 while living in France, and returned to Athens alone in 1940, living in her brother-in-law’s three-story residence. During World War II, she worked with the Swedish and Swiss Red Cross to help those in need. She later founded an order of nuns known as the Christian Sisterhood of Mary and Martha.

When the Nazis entered Athens in 1943, she sheltered three members of the Cohen family. The father of the family, former parliamentarian Haim Cohen, had been close to the royal family until he passed away that year. Princess Alice did not know Cohen’s wife, Rachel, or his daughter, Tilde, but hid them away in her mansion anyway, and later sheltered Rachel’s son, Michael, as well.

Yad Vashem says the princess regularly visited with the family and wanted to learn more about their Jewish faith. At one point, when suspicious Gestapo officers came to the home to interview her, the princess used her deafness to avoid answering their questions, it said. 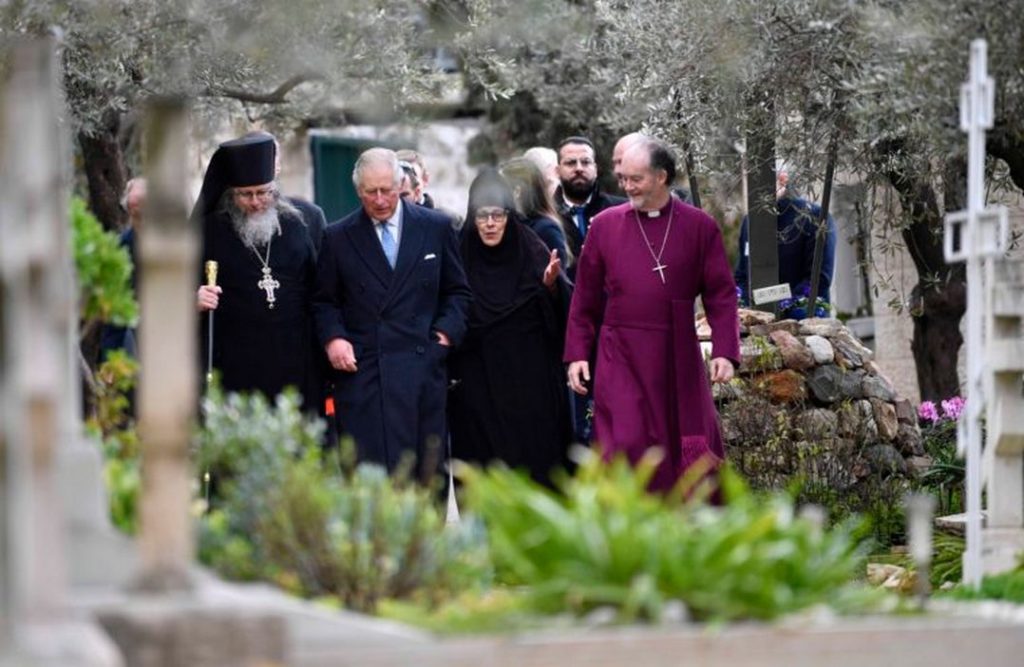 Her own family, however, fought on both sides of the Second World War. Prince Philip served in the British Royal Navy, while her German royal sons-in-law fought for the Nazis. The Nazis and their collaborators killed 6 million Jews during the war.

Alice died in Buckingham Palace in 1969 and was later interred in the church in Jerusalem. She had requested to be buried next to her aunt Elizabeth, the Grand Duchess of Russia, who had also devoted her life to charity and was canonized as a Russian Orthodox saint. Elizabeth’s tomb is in the church itself, while Alice was laid to rest in a small, attached chapel.

Prince William visited the tomb of Alice, his great-grandmother, in June 2018. In a 1994 visit to the Holy Land, Prince Philip planted a tree at Yad Vashem in his mother’s honor and visited her grave.

Material from the Associated Press was used in this report.