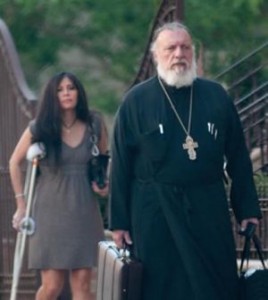 The Greek Orthodox Archdiocese of America has suspended a prominent New York City priest who once even held the position of Chancellor of the Archdiocese in the late 1990s.

Fr. George Passias, pastor at St. Spyridon in New York City was officially suspended from his pastoral duties after an extra-marital affair came to light with a woman from his parish. That affair, which has allegedly been going on for years, resulted in the pregnancy of the woman.

Both the priest, and the woman involved in the affair are married and each have children of their own. The relationship between the two had drawn the attention of numerous people, which resulted in a New York Post story back in 2013.

The allegations in the New York Post story were vehemently denied back then.

Passias, known in American church circles as a staunchly conservative priest, has been a proponent, follower and advocate of the monastic movement in North America led by Elder Ephraim, a Greek Orthodox monk from Greece who has opened a network of monasteries throughout the continent.

At the time Passias was on staff at the Archdiocese, he pushed for the writing of the Church’s new policies on sexual misconduct.