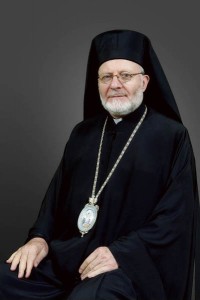 Where is ANTIOCHIAN participation in the Assembly of Bishops in the USA and in Europe?

Where is the participation of the Laity of the Antiochian Archdiocese on the matter of Unity?

Why have the many years of leadership – promoting Unity, the  legacy  Metropolitan Philip, been reversed by Metropolitan Joseph?

Why do the problems of the Patriarchates in Europe and other regions have ripple effects on the work of the Assembly of Bishops in charge of the spiritual lives of the faithful in the United States?

Why has Metropolitan Joseph made a choice not to participate in the work of the Assembly of Bishops?  Why has he been absent from the work of the Executive Committee in which he is a member and leader?  What was the hold up in issuing the report completed by his committee in November 2014?  It was not issued until June, 2015.  Why did he not attend the Meeting of the Assembly of Bishops’ Executive Committee at the Phanar on June 16, 2015?

Why was Bishop Basil, the Secretary of the Assembly, not present at this meeting?

Will the laity of the Antiochian Archdiocese bring up the issue of Unity and the participation of their hierarchy at the National Assembly of their Church which will take place in Boston, July 20-26, 2015? Where is the laity on these matters?  Are they reasoned sheep or are they asleep?

The dilemma within the Antiochian Patriarchate and the Antiochian Archdiocese is a case study for why the Assembly needs to be a Synod, and the Church in the U.S. needs to be self-governing and  autocephalous with its own Patriarch elected by its own Synod.  The present state of affairs is uncanonical.  Our mission and outreach is compromised.  We are in a no-growth situation and cannot retain the faithful.