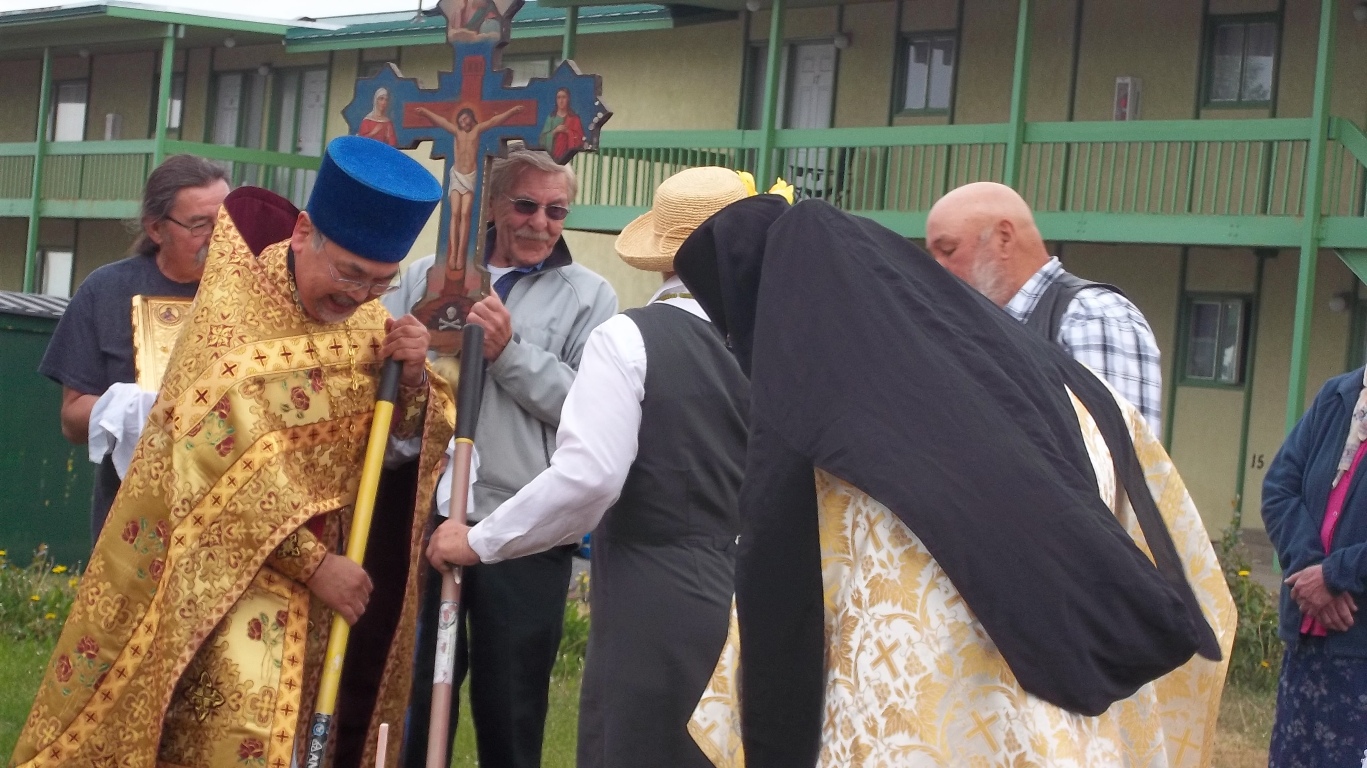 ANCHORAGE, AK [OCA] – On Tuesday, July 2, 2013, the Rasmuson Foundation’s Board of Directors announced that it had allocated $8.6 million in awards to support non-profit programs and activities around Alaska. [See original release.]

On Sunday, June 30, Archimandrite David [Mahaffey], Chancellor and Administrator of the Diocese of Alaska, presided at the groundbreaking of a new structure at Kenai’s Holy Assumption, one of the projects made possible through the grant.

Thirty-three church buildings across Alaska are listed on the National Register of Historic Places. Since its establishment in 2002, ROSSIA’s board identified ten churches requiring urgent restoration, including the unique octagonal Saint Nicholas Church in Alaska’s capital city, Juneau, and Holy Assumption Church, one of several National Historic Landmark Orthodox churches, in Kenai. In its decade of existence, ROSSIA has relied on numerous preservation-minded Native corporation leaders, Orthodox clergy, government officials, architects, and historians dedicated to the preservation of Alaska’s Orthodox churches and iconography.

Additional information and updates, accompanied by photos of many of the aforementioned churches, may be found on ROSSIA’s web site.