Covid restrictions are mild compared with what many of the faithful endure.

By  and Toufic Baaklini 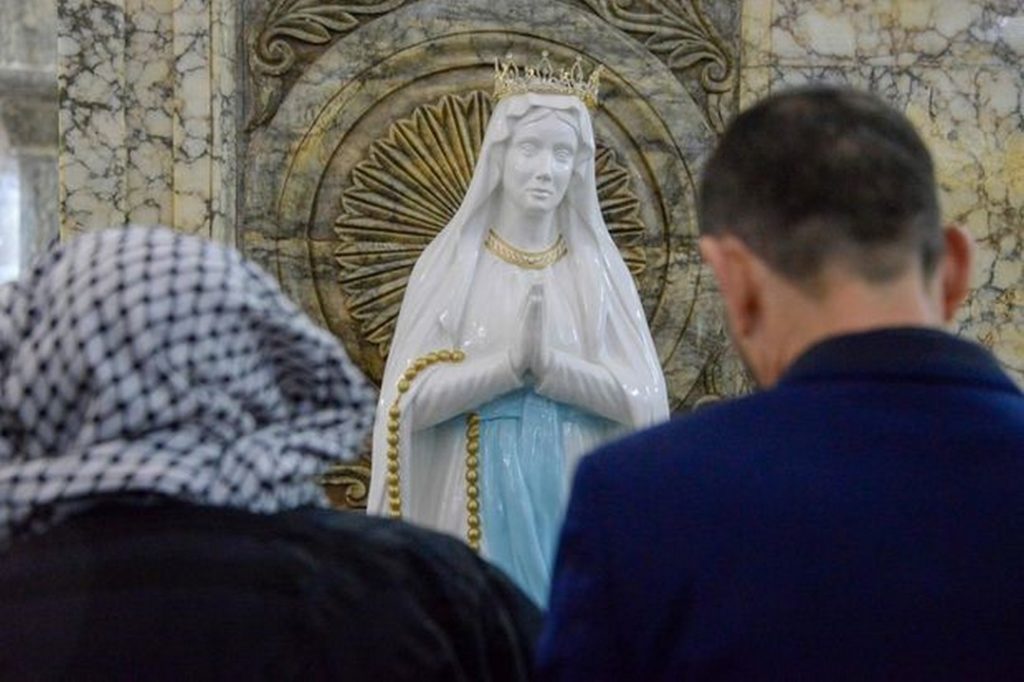 For the first time in their lives, millions of Americans have been ordered by their government not to attend church. For millions of persecuted Christians across the globe, this is the only reality they know.

The theme of persecution lies at the heart of the Christmas story. The Holy Family were forced to flee their native land due to state-sponsored oppression. As citizens of a global superpower whose lawmakers are responsive to their citizens, we are called to stand in solidarity with persecuted Christians. The U.S. government has shown during this difficult year that it is responsive to such advocacy.

The House unanimously passed a resolution in November calling for continued humanitarian assistance to Christians, Yazidis and other communities that survived the ISIS genocide in Iraq and Syria. Also last month, the State Department and the Polish government hosted the third annual Ministerial to Advance Religious Freedom, an international forum for governments and civil society.

At the same time, 2020 has presented unprecedented challenges for persecuted Christians world-wide.

In Nigeria, according to Gregory Stanton of Genocide Watch, more than 27,000 Christians have died since 2009 at the hands of Fulani militants, Boko Haram and other Islamic militias—exceeding the number of ISIS casualties in Iraq and Syria.

More than one million Christians in Saudi Arabia remain unable to worship at all, and Iran continues to harass and imprison Christian converts. In China, Christian churches face a brutal crackdown by a government that persecutes other faiths as well.

Lebanon, a nation St. John Paul II described as “more than a country . . . a message to the world,” has the most Christians per capita in the Middle East and is at serious risk of becoming a failed state. Recep Tayyip Erdogan threatens Christians in Turkey and beyond. Greek Orthodox Christians painfully witnessed the Istanbul’s Hagia Sophia Cathedral and Chora Church converted into mosques. Turkish-backed militias have persecuted Armenian and Syriac descendants of Christians who survived the Ottoman Genocide in northeast Syria and Artsakh (Nagorno Karabakh).

We hope President-elect Biden will build on the accomplishments of the Trump administration, namely its assistance to genocide survivors and priority on international religious freedom as a centerpiece of U.S. foreign policy. At the same time, Mr. Biden should correct the Trump administration’s shortcomings, particularly its failure to confront Turkey meaningfully.

As for America’s Christian citizens, we must never become complacent in the face of adversity. We must roll up our sleeves, organize, and advocate for persecuted members of the body of Christ.

Cardinal Dolan is the Roman Catholic archbishop of New York. Mr. Baaklini is the president and chairman of In Defense of Christians.