In a 10 March letter, H.H. Patriarch Kirill of Moscow and all Russia responded to a letter sent 2 March by World Council of Churches (WCC) acting general secretary Rev. Prof. Dr Ioan Sauca asking Patriarch Kirill to mediate so that the war can be stopped. 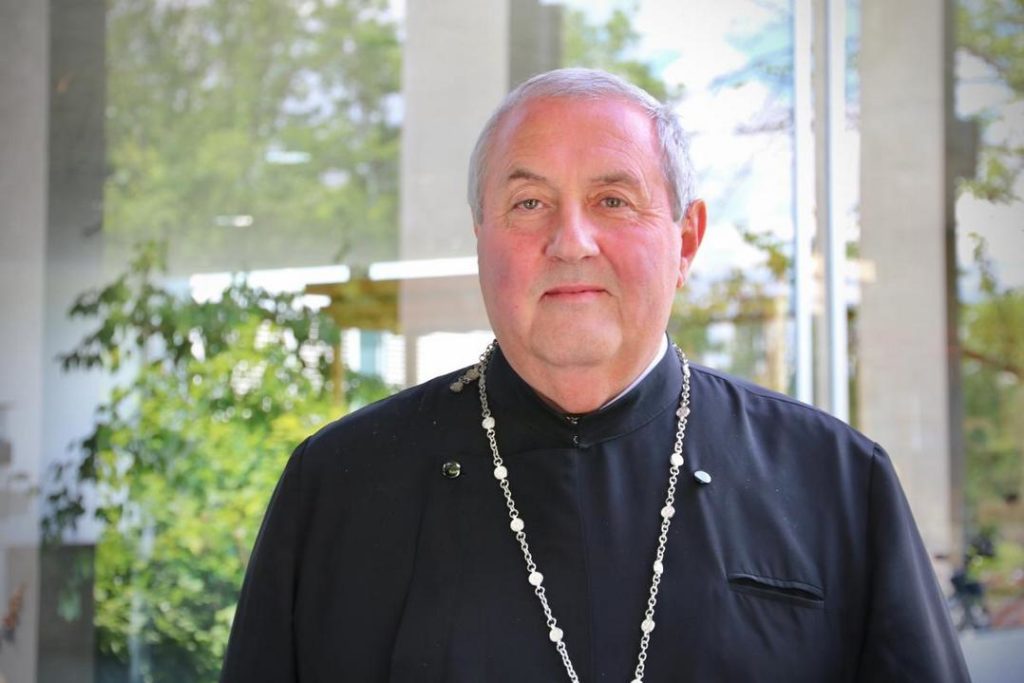 It is with great pain and with a breaking heart that I am writing to Your Holiness. The tragic situation of the war in Ukraine has brought tremendous suffering and loss of lives. Many of our brothers and sisters had to leave their homes—including the elderly, women, and children—to save their lives. The whole world is looking with concern and expects to see a sign of hope for a peaceful solution. I receive letters every day from different parts of the world, from church leaders and the faithful of our WCC constituency asking to approach Your Holiness to mediate so that the war can be stopped and the great suffering ended. In these times of hopelessness, many look at you as the one who could bring a sign of hope for a peaceful solution.

I write to Your Holiness as acting general secretary of the WCC but also as an Orthodox priest. Please, raise up your voice and speak on behalf of the suffering brothers and sisters, most of whom are also faithful members of our Orthodox Church.

Western Christians celebrate today Ash Wednesday, the day of repentance as the beginning of Lent; likewise, we, as Orthodox, will celebrate this coming Sunday the “Sunday of Forgiveness” to mark our beginning of Lent next Monday. These powerful moments in our liturgical calendars call us to repentance, peace and reconciliation.

While celebrating these spiritual moments, with filial respect and consideration, I write to Your Holiness to intervene and mediate with the authorities to stop this war, the bloodshed and the suffering, and to make efforts to bring peace through dialogue and negotiations.

Respectfully Yours in our Lord Jesus Christ, 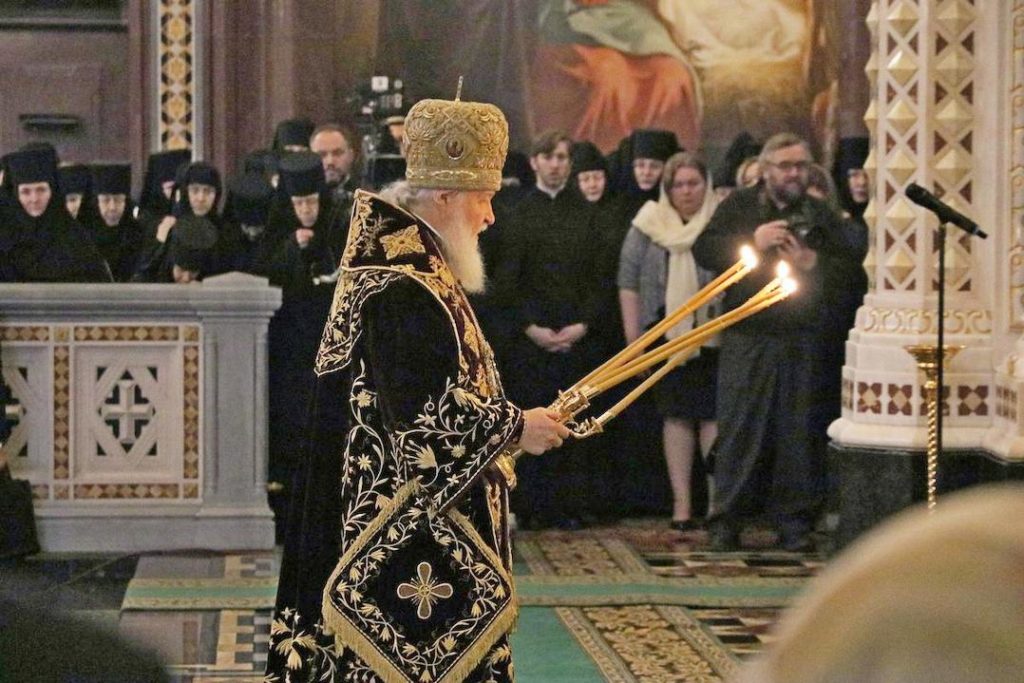 Translated from the Russian

I thank you for your letter of March 2, 2022. Having known you for many years as a faithful steward of the Church of Christ and tireless worker in the field of education and formation of younger generations, I deeply appreciate your work as Acting General Secretary of the World Council of Churches, which is aimed at promoting accord and mutual respect between representatives of different Christian confessions.

Our Church joined the WCC in 1961, having accepted is renewed basis as “fellowship of Churches” and the Toronto Statement that read, in particular, “The Council as such cannot possibly become the instrument of one confession or school <…> the member churches should recognize their solidarity with each other, render assistance to each other in case of need, and refrain from such actions as are incompatible with brotherly relationship.”

Since 1983, it has been one of the WCC’s priorities to engage its member churches in the process of acknowledging their shared responsibility for justice, peace and the integrity of creation within the world community. That is to say, our WCC membership, dialogues, discussions based on the principle of equality, and cooperation with the entire Christendom were not only an expression of our commitment to the cause of reconciliation between people, but also gave us confidence in the solidarity and support of the world Christian fellowship.

These days, millions of Christians all over the world in their prayers and thoughts turn to the dramatic developments in Ukraine.

As you know, this conflict did not start today. It is my firm belief that its initiators are not the peoples of Russia and Ukraine, who came from one Kievan baptismal font, are united by common faith, common saints and prayers, and share common historical fate.

The origins of the confrontation lie in the relationships between the West and Russia. By the 1990s Russia had been promised that its security and dignity would be respected. However, as time went by, the forces overtly considering Russia to be their enemy came close to its borders. Year after year, month after month, the NATO member states have been building up their military presence, disregarding Russia’s concerns that these weapons may one day be used against it.

Moreover, the political forces which make it their aim to contain Russia were not going to fight against it themselves. They were planning to use other means, having tried to make the brotherly peoples – Russians and Ukrainians – enemies. They spared no effort, no funds to flood Ukraine with weapons and warfare instructors. Yet, the most terrible thing is not the weapons, but the attempt to “re-educate,” to mentally remake Ukrainians and Russians living in Ukraine into enemies of Russia.

Pursuing the same end was the church schism created by Patriarch Bartholomew of Constantinople in 2018. It has taken its toll on the Ukrainian Orthodox Church.

As far back as 2014, when blood was being shed in Kiev’s Maidan and there were first victims, the WCC expressed its concern. Dr Olav Fykse Tveit, the WCC General Secretary at the time, said on March 3, 2014, “The World Council of Churches is deeply concerned by the current dangerous developments in Ukraine. The situation puts many innocent lives in grave jeopardy. And like a bitter wind from the Cold War, it risks further undermining the international community’s capacity to act now or in the future on the many urgent issues that will require a collective and principled response.”

That was also when an armed conflict broke out in the Donbas region, whose population was defending their right to speak the Russian language, demanding respect for their historical and cultural tradition. However, their voices went unheard, just as thousands of victims among the Donbas population went unnoticed in the Western world.

This tragic conflict has become a part of the large-scale geopolitical strategy aimed, first and foremost, at weakening Russia.

And now the Western leaders are imposing such economic sanctions on Russia that will be harmful to everyone. They make their intentions blatantly obvious – to bring sufferings not only to the Russian political or military leaders, but specifically to the Russian people. Russophobia is spreading across the Western world at an unprecedented pace.

I pray unceasingly that by His power the Lord help establish the lasting and justice-based peace as soon as possible. I ask you and our brothers in Christ, united in the Council, to share this prayer with the Russian Orthodox Church.

Dear Father Ioan, I express my hope that even in these trying times, as has been the case throughout its history, the World Council of Churches will be able to remain a platform for unbiased dialogue, free from political preferences and one-sided approach.

May the Lord preserve and save the peoples of Russia and Ukraine!

/+KIRILL/
PATRIARCH OF MOSCOW AND ALL RUSSIA

Share. Twitter Facebook Pinterest LinkedIn Tumblr Email
Previous ArticleElements from the Prehistory and the Life of SYNDESMOS [the World Fellowship of Orthodox Christian Youth]
Next Article WHEN PUTIN TAKES REVENGE ON HIS OWN HISTORY