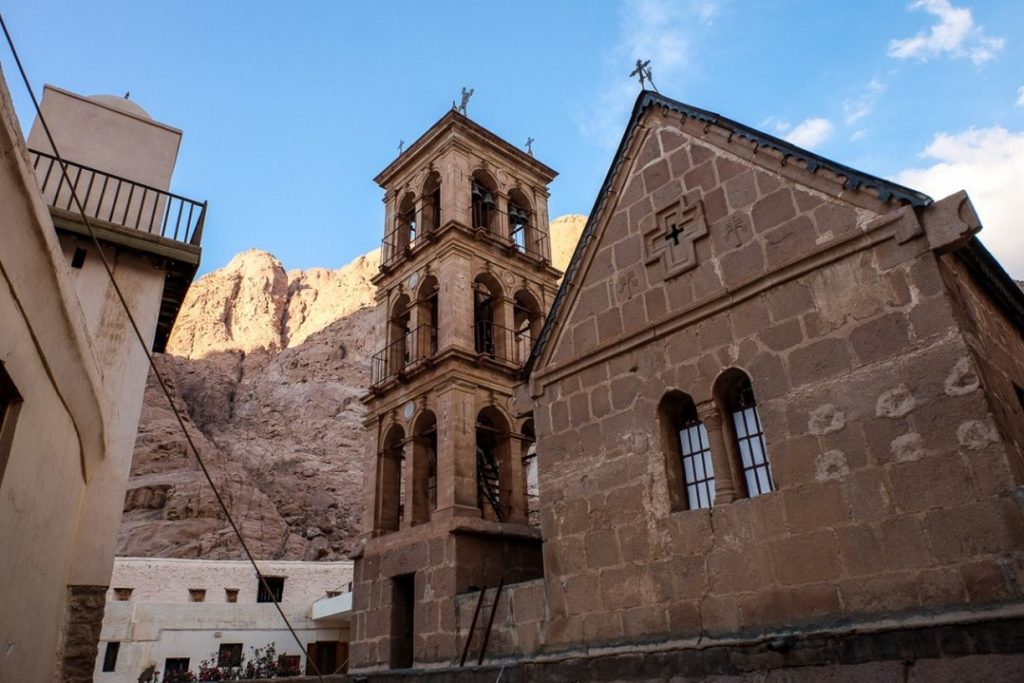 [MT. SINAI, EGYPT] Many years of restoration work at the ancient St. Catherine’s Monastery, carried out under the auspices of the Egyptian Ministry of Antiquities, have been completed.

During the project, the territory surrounding the monastery was landscaped, the roads leading to the monastery and to Mount Moses were repaired, larger parking spaces for buses were created, and an electronic security system was installed, reports Romfea.

With the restoration work, the Ministry aims to increase visitors to the holy habitation, built on the site where the Prophet Moses spoke to God in the Burning Bush, at the foot of the mountain where the Prophet received the Ten Commandments from God.

Built between 548 and 565, the monastery is the oldest functioning Orthodox monastery in the world. It was added to the UNESCO World Heritage List in 2002. As the UNESCO site reports, “Its walls and buildings of great significance to studies of Byzantine architecture and the Monastery houses outstanding collections of early Christian manuscripts and icons. The rugged mountainous landscape, containing numerous archaeological and religious sites and monuments, forms a perfect backdrop to the Monastery.”

The monastery has undergone several restoration projects in recent years. The basilica at St. Catherine’s suffered serious damage from an earthquake in 1995. Restoration Restoration on the apse walls was completed in 2011 and on the mosaics in 2016. The official opening was held in 2017.

St. Catherine’s famous library, the second largest collection of codices in the world, including Greek, Arabic, Coptic, Hebrew, Armenian, and Albanian texts, was reopened after its own restoration in 2017restoration in 2017. During the 9-year restoration, the east wall of the library, the so-called Wall of Justinian, built in the sixth century, was strengthened and renewed, its façade and supporting pillar renovated.

Earlier this yearEarlier this year, the monastery began a high-tech process of digitizing its 4,500 manuscripts—a process that could easily take up to a decade. The work on the ancient parchments, including the earliest surviving copy of the Gospels, the Codox Sinaiticus, dating to the 4th century, is being undertaken by a team from Greece that takes images in red, green, and blue light and merges them together with computer software to make one high-quality color picture.