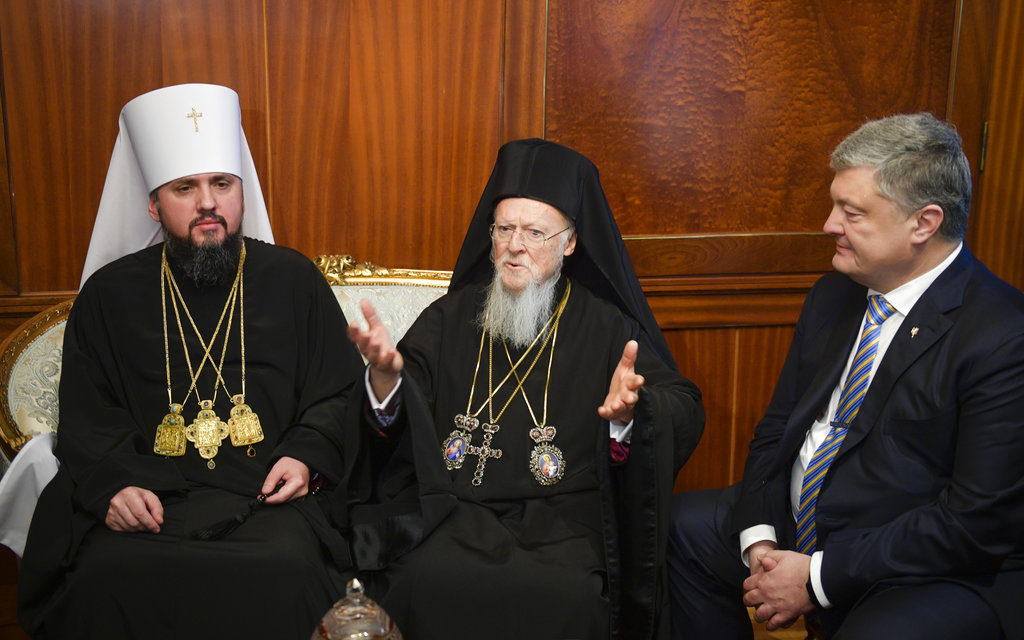 By its directive, the Patriarchate of Russia has in fact initiated a schism within Orthodoxy of frightening consequences. Schisms, we know from history, once created do not fade away; they have a tendency to take hold and become permanent. Evidence, the schism between the Roman Catholic Church and the Orthodox East that has been in effect for over a thousand years now; also, that between Constantinople and the Oriental Orthodox Churches that traces its origins to the fourth Ecumenical Council in the Fifth Century.

Clearly, the last thing that Orthodoxy needs right now is a schism between its Mother Church in Constantinople and its largest and most populous Church, the Church of Russia. A schism, that in all likelihood will intensify in coming months, as the various Orthodox Churches side with either Constantinople or Moscow and in effect form two opposing camps.

The development, with its gloomy long-term implications, is of course of concern to all Orthodox faithful. It most certainly must be also to the Patriarchs of Constantinople and Moscow. Despite the accusations hurled against them by irresponsible news media during the months prior to the issuance of the Tomos, both hierarchs are strong supporters of Orthodox unity and are committed to uniting rather than dividing. Their expectation for resolving the Ukrainian issue was to be by dialogue, not a schism, but events turned out differently.

There is no space in this brief article to review the events that brought Orthodoxy to its current predicament. There is plenty of criticism to go around: 1) to the various political leaders (Ukrainian, Russian, even U.S.) who aggressively promoted or opposed the granting of autocephaly to the Church of the Ukraine, for political rather than ecclesiastical reasons;  2) to the Patriarchate of Moscow for its assertion that all Churches within the territory of the former Soviet Union (including the Ukraine) are now under its jurisdiction; and 3) to the Ecumenical Patriarchate for claiming jurisdiction over the Ukraine because the Metropolis of Kiev had been under its control between 988 and 1686, but not in the years following.

All the above is now history and little can be accomplished by rehashing the arguments and counterarguments used by the two sides during of the past months. Orthodoxy’s attention needs to be focused now on the resulting schism and how to prevent it from overwhelming Orthodox unity.

It will not be an easy task, for it concerns two very difficult issues. First, how to pacify the situation in the Ukraine, by allowing its newly established Church to function as the 15th Autonomous Orthodox Church, while also reestablishing the Ecumenical Patriarchate’s relationship with the Church of Russia. The second – equally important — how to prevent another Ukrainian Church-like episode from making an appearance in the future. On this issue, the majority of Orthodoxy’s Autocephalous Churches are already on record. The granting of autocephaly, they suggest, should be a matter of Pan-Orthodox concern, not the province of the Ecumenical Patriarch alone. Had Constantinople convened a Synaxis of all Orthodox Churches to address the issue of the Ukraine, the situation could have been a lot less dangerous today.

Convening a Synaxis of all Orthodox Churches is the responsibility of the Ecumenical Patriarch, and hopefully, he will convene one before too long to address and resolve the issues above and begin the process of reunifying Orthodoxy. Quite obviously, the Orthodox Church cannot function fragmented, especially when its largest member, the Church of Russia, is not in speaking terms with the Mother Church in Constantinople. It should be remembered in this connection, that the Ecumenical Patriarchate and the Church of Russia have had a strong relationship for over a thousand years, going back to the time that Byzantine missionaries introduced Christianity to the people of the Ukraine. That relationship needs to be reestablished. Without it, it is doubtful that Orthodoxy will be able to confront the many problems of the future and speak with a single voice, as it should.