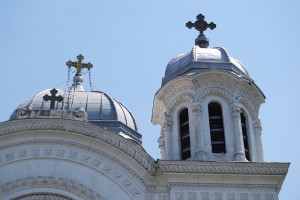 Over 20 NGOs have asked the Romanian Parliament to put an end to financing religious groups to the tune of EUR 540 million every year. The funds – around 0.4 percent of the country’s GDP – should be directed to education, research and health. The 23 NGOs which signed the letter to Parliament reminded of the debt on the drug market, of 0.3 percent of the GDP. “In a secular state like Romania it is not normal to have hundreds of millions of euros taken away from state, local and central authorities and from the country’s real needs, to the benefit of religious groups.” These are private organizations and should be self financed using the believers’ volunteer contributions,” the NGOs write in the letter.

The 23 NGOs include ActiveWatch, Centre for Advanced Research in Management and Applied Ethics, The Resource Center for Public Participation (CeRe), among others.

There are 17 recognized religious groups in Romania, which include the Romanian Orthodox Church, the Romano – Catholic Church, the Reformed – Calvin Church – protestant, the Pentecostal Church, Islam, the Jehovah’s Witnesses, the Mosaic cult, the Armenian Church, among others. According to the European Court of Human Rights, state funding for religious groups does not represent a violation of the conscience freedom of the tax payer. Countries such as France, Ireland and The Netherlands do not offer subventions to any religious group, nor cover the salaries of the clergy. But in most European countries, the state covers the financing for the Church, in one way or another, according to a report from Apador CH. In Austria and Germany, the state allows religious groups to impose a certain tax on believers, and in order to avoid this tax, many believers formally dropped out.

In Romania, for a religious group to be recognized, it needs to be legally set up, be active in Romania for at least 12 years and its members – Romanian citizens – need to be at least 0.1 percent of Romania’s population according to the latest census. Other religious associations exist in Romania, but are not recognized by the state. The 2011 census showed that out of Romania’s 19 million inhabitants, 16 million were Orthodox. Some 860,000 were Roman – Catholics, 160,000 were Greek – Catholics, 600,000 were reformed, 370,000 were Pentecostals, and 350,000 had other religions, while over 20,000 said they did not believe in God, and over 80,000 did not declare any religion. More about religions and counties, here.