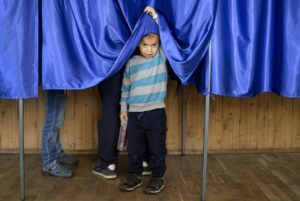 BUCHAREST, Romania — More than 90 percent of those who took part in a national referendum in Romania supported defining marriage as a union between a man and a woman, but the vote was invalidated as too few people cast ballots, officials said Monday.

The Central Electoral Commission said near-final results showed 91.61 percent of voters approved a constitutional amendment to change the definition of marriage — it currently says it’s a union between “spouses.”

But the ballot failed to attract the minimum 30 percent turnout for the result to stand.

Romania’s Orthodox Church, which backed the referendum, on Monday encouraged followers to unite “and to continue to defend the family blessed by God.” It called the vote “a partial success which calls us to hope and work more.”

It added that the church had fulfilled its “civic and moral mission publicly by defending the identity and worth of the family as a human institution created and blessed by God.” However, it added that the referendum had revealed “the level of secularization of Romanian society.”