Russia may lack much of a political opposition. But our reporter found evidence of community-level democracy, as citizens push back against land grabs by the Russian Orthodox Church. 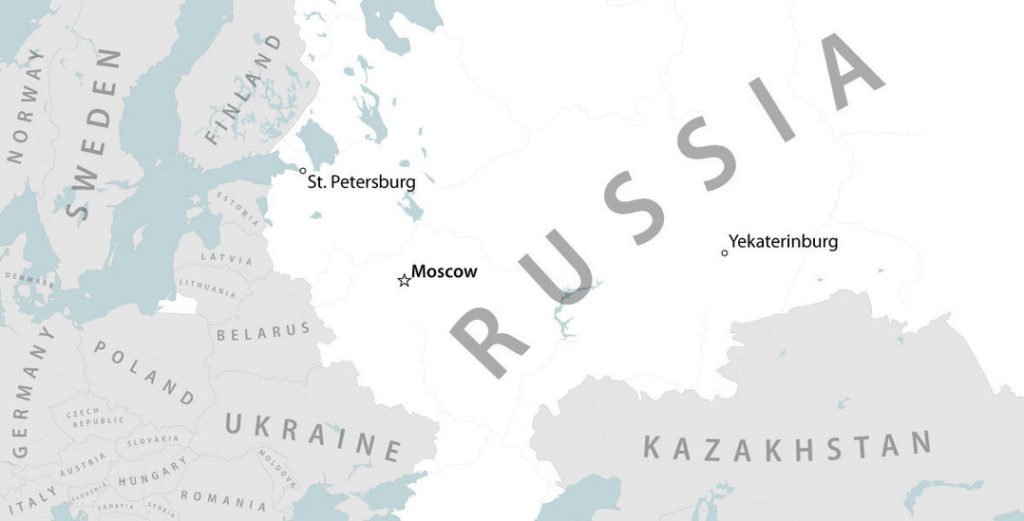 [MOSCOW] On a recent Sunday in Torfyanka Park, in a densely populated suburb near the northern edge of Moscow, a familiar ritual of confrontation is taking place.

The sun shines in this small patch of greenery with a circular pond at its heart. Dozens of people have gathered at a fenced compound that houses a 24-hour guard station and a large wooden cross, erected by the Russian Orthodox Church (ROC). But the people aren’t here to pray. Rather, they are here to protest that the compound is on the park grounds at all.

Four years ago, the ROC claimed Torfyanka Park as the site for a new church – a move broadly opposed by locals who value the rare green space that the park offers the community. While local officials offered alternative sites for a new church that the ROC accepted, the compound remains intact, spurring the protests to continue. Their key demand is that the ROC renounce its claim to this piece of parkland.

The entire park has recently been blocked off by local authorities, ostensibly because repairs are underway. In the past there have been large anti-church demonstrations that were roughly dispersed by police. Some local activists have had their apartments searched, and a few say police warned them that they are flirting with foreign-inspired political subversion. But on this day the sun was shining, the park overflowed with greenery, and all was peaceful.

“Under city law it is illegal to build any large structure in a designated green zone. This little park is the only place around here for people to go with their children, walk their dogs, just relax with nature,” says Natalia Fedorova, an elected representative of the Losino-Ostrovsky district council. “We’re not against churches, or anything like that. We just don’t understand why the ROC seems to be able to do whatever it wants.

“We believe that we have fought them to a standstill over this piece of land, but they still don’t remove this compound and guard post. They still hold prayer meetings here, where people pray for a church on this spot. That tells us they haven’t relinquished the claim. So we keep coming here.”

Dozens of local struggles like this have been unfolding, almost entirely beneath the media radar screen, in parks and public squares around Moscow and in cities across Russia for quite some time. The only thing most have in common is that they represent a growing measure of public pushback against a church-building spree in recent years by the powerful ROC, which often convinces local authorities to hand over prime public land for church construction, and teams up with local big businesses to help fund the projects.

The protesters tend to be a diverse mix of neighborhood people who don’t appear to have any political narrative in common at all, much less an anti-Kremlin one. The lack of dramatic political slogans may be one reason the media has been slow to notice the widespread emergence of these small local conflicts around the country.

They represent a type of grassroots protest that is relatively new, at least for Russia, where people organize ad hoc groups to confront authorities over matters of local concern. These often have to do with land use, such as waste dumps in their midst, municipal planning decisions made without public consultation, and big housing projects that threaten a district’s ecology.

But the sheer number of neighborhood battles against church construction on public spaces became apparent in May, after persistent protests against an ambitious project in the Urals city of Yekaterinburg turned violent and even the Kremlin was compelled to comment. Russian journalists subsequently detailed many similar local struggles underway all over the country, and local authorities in a few places hastily scrapped plans for grand new churches in their own cities.

Vakhtang Kipshidze, deputy head of the ROC’s department for social outreach and media relations, says the wave of church-building in recent years is necessary to compensate for decades of communist rule that saw thousands of churches destroyed, and the creation of vast new urban population centers during Soviet years that allowed no provision for churches.

“There are thousands of people living in these urban areas, and there are only small numbers of protesters,” he says. “We don’t see a universal problem here. When you consider that we have built about 10,000 new churches in the past ten years, and there are only a few places where there have been problems. The idea of the liberal media, which suggests there is universal opposition to it, has no basis in reality.”

Mr. Kipshidze blames the political opposition, particularly Alexei Navalny, the Kremlin’s main bogeyman, for stirring up and coordinating the anti-church protests. However, Mr. Navalny doesn’t seem to have made much of the issue until events erupted in Yekaterinburg last month.

“Opposition forces will use any issue to get political dividends,” he says. “Our principled position is that this is not a political issue, but a legal one. The ROC is a law-abiding institution.”

‘This is not a religious conflict’

Ironically, the protesters at Torfyanka Park make much the same argument, that it’s not about politics but law. They say the local council offered the ROC two other nearby spots to build churches on, and that those offers were accepted. New churches are being constructed in the neighborhood, yet the compound – and apparent land claim – remains in Torfyanka Park.

“This is public space. If it were put on the real estate market, it would be extremely expensive. The church typically receives park land from local authorities for free. But it then becomes the property of the ROC,” says Marina Verigina, a local lawyer who gives her services pro bono to the protesters. “Everything they are doing here is against the law.”

She says her own apartment was raided by police two years ago, and her personal computer and papers seized. But they were eventually returned and no charges were ever laid against her or other activists.

A more worrisome development was the appearance of young men belonging to the pro-ROC nationalist-religious movement known as “Forty by Forty,” who threatened protesters with violence.

“These are guys who go to gyms, are soccer hooligans, and they were beating people. [Ms. Fedorova, the deputy,] had a finger broken by them,” says Ms. Verigina. The same group reportedly attacked protesters in Yekaterinburg last month.

“The church seems to want a piece of every park in Moscow, and it really irritates people,” she says. “Church spokespeople accuse us by saying, ‘You are going against the cross.’ But this is not a religious conflict. If they were trying to build a shopping mall here in our park, the conflict would be the same.”

But it could be a sign of nascent political opposition, says Stepan Goncharov, an expert with the Levada Center, Russia’s only independent pollster.

“Conflicts like this don’t have an anti-clerical character, but they do happen against a background of growing public embitterment,” he says. “The ROC is an important institution and one that is closely associated with the state. By protesting in this way, people may be expressing their dissatisfaction with the authorities, with the situation in the country, and the fact that their voices aren’t being heard.”

‘This park is all we have’

Ms. Fedorova says that most of the churches that already exist in this district are empty most of the time. Polls show that around 80% of Russians consider themselves to be Orthodox, but that only 6% go to church regularly.

“We don’t have enough social services, medical clinics, kindergartens. We are constantly told that there is not enough money,” she says. “But another church? Finding land and resources for that never seems to be a problem.”

On that particular Sunday in May, protesters were upset about a news report that the Kremlin will be subsidizing repairs to Patriarch Kirill’s St. Petersburg mansion to the tune of $43 million.

“I am a believer myself, but don’t we have enough churches already?” said Vera Matveyeva, one of the protesters. “A lot of people around here don’t even have their own countryside dachas. This park is all we have.”

Mr. Kipshidze, the church spokesman, says that Russia currently has around 30,000 churches, but a lot of them are in the wrong places for modern usage, and that many Soviet-built suburbs are still underserved.

“Every traditional religious community has the right to accessible premises for worship,” he says. “In many suburban parts of Moscow there is a real need for more churches. Some existing ones are overcrowded. And even for those people who don’t attend church regularly, can we ignore their needs?”

He insists that a great many new churches have already been built on parkland – a fact that can be confirmed by driving around Moscow – and that they are situated tastefully, and seldom take up very much space. “We are sure that a church will only make any park more beautiful.”