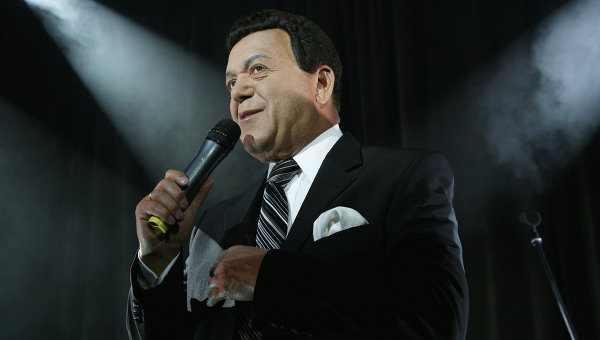 MOSCOW, December 18 (RIA Novosti) – The leader of the Russian Orthodox Church presented the nation’s answer to Frank Sinatra with a top award on Wednesday for his public service, adding to the flamboyant now-lawmaker’s already glittering array of decorations.
Patriarch Kirill awarded Joseph Kobzon, who has in the past been denied a US visa over his purported links to organized crime, the Order of Glory and Honor second degree for the crooner’s work in “developing national culture and the moral and patriotic education of his contemporaries.”

Kobzon, who turned 76 in September, was a hit singer in the days of the Soviet Union, but officially ended his touring career in 1997 after being elected to the State Duma, the lower house of parliament.

He has been given dozens of awards and honors, both in Russia and former Soviet republics, largely for his contributions to culture and music.