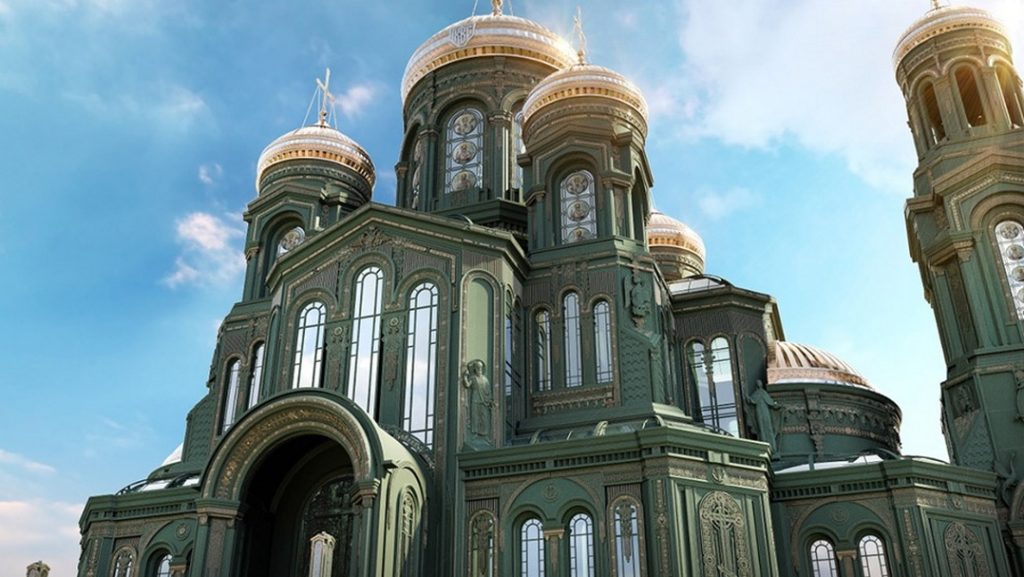 A Russian Orthodox cathedral set to be built for the country’s armed forces will reportedly train military priests, the head of a foundation in charge of collecting donations for its construction has said.

Blueprints for the Armed Forces cathedral were reportedly unveiled at the Venice Bienalle on Thursday, two months after the Russian Defense Ministry began collecting donations to build the megastructure. Reports this year disclosed plans to trainpriests embedded with the Airborne Troops to drive combat vehicles and operate communication equipment.

“A school for military priests is being built and the institute of Sisters of Charity [nurses]will be revived at the main church of the Russian Armed Forces,” Vladimir Bogatyryov, the head of the Voskreseniye foundation, which is collecting donations for the war church, told the state-run RIA Novosti news agency on Thursday.

Bogatyryov said the priests will present the military cathedral as “a symbol of people’s diplomacy in Europe” in light of geopolitical strain between Russia and the West.

“It’s very important for us in light of global military, political and social tensions, when military and political provocations are becoming the norm, and information warfare is governing rules of conduct, not only for politicians but also for states,” he said.

The foundation has gathered 1.6 billion rubles ($25 million) from more than 37,000 donors as of Friday, according to its website.

A sleek animation on the cathedral’s homepage depicts an army green structure with glass panels and six shimmering golden domes dedicated to the patron saint of each military branch. At almost 2,000 square kilometers, the church will overlook expansive grounds that include monuments to military-related patron saints.

According to Bogayryov, the church’s parameters, including the height and width of its domes, will reflect key dates of World War II and the structure will feature multimedia stands dedicated to 33 million soldiers who fought in the war.

The Armed Forces cathedral is scheduled to be built by 2020, in time for the 75th anniversary of the end of the war.

Share. Twitter Facebook Pinterest LinkedIn Tumblr Email
Previous ArticleCommuniqué of the Council of the Archdiocese of the Russian Orthodox Church of Western Europe as of November 30, 2018
Next Article A Big Cathedral, a Big Bill, and a Big Debate in Romania