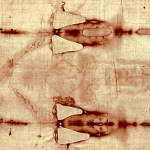 A new study on the Shroud of Turin may put an end to heated discussions over its authenticity. Scientists from Italy’s National Agency for New Technologies, Energy and Sustainable Economic Development have published a report about the recent 5- year experiments aimed at finding a source of the image that appears on the cloth. According to the report, the Shroud is not a medieval fake. The study indicated that the image may have been created by an intense source of UV light, but no machine in the world would produce the required strength. A member of the Vatican research group, art expert Ekaterina Sinitsyna-Santoni told the VoR more:

“The Vatican declares the study on the Shroud of Turin over and states that it can be dated back to the 1st century A.D., therefore, it was not made in the Middle Ages. The experiment also found no pigment in the image which means that it’s not man- made. We found organic fragments on the Shroud, namely blood. The image itself was created by light not by laser. According to the Bible, Jesus Christ’s body was wrapped in the shroud for 40 hours.”

The head of the group, Professor Manuela Marinelli, says that the shroud is 95% genuine and that’s already something as nobody can give 100% guarantees 2,000 years after it had been found.

The Shroud shouldn’t be confused with the Veil of Saint Veronica revered by the Catholics and Orthodox believers which is held in Vatican’s Saint Peter’s Basilica says Ekaterina Sinitsyna-Santoni:

“A month ago I was showing tourists around the Basilica and heard one of the guides pointing to the Veil (given by Veronica to Jesus when he was carrying his cross to Golgotha so that he might wipe his forehead. Jesus accepted it and after he handed it back to her, the image of his face miraculously impressed upon it) who said that that was the Shroud of Turin.”

The Veil was an image of a living Christ while the image on the Shroud image appeared after the crucifixion. Russia’s Orthodox Church acknowledges the Veil (the Image of Edessa in the Orthodox tradition) however, scientists have doubts about it.

Scientists plan further studies and experiments to get similar images on cloth. The VoR will follow the story.