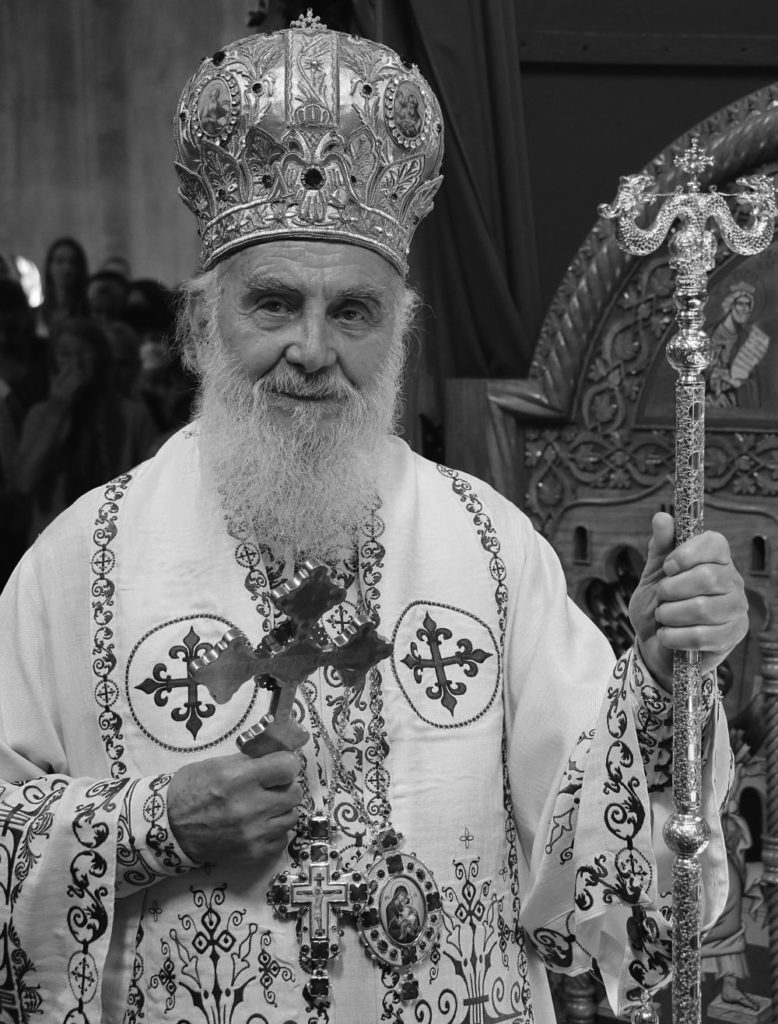 The Archbishop of Pec, Metropolitan of Belgrade-Karlovci and Serbian Patriarch (Gavrilovic) reposed in the Lord in the Military Covid Hospital “Karaburma” in Belgrade, on Friday, November 20, 2020, at 7:07 AM.

All other details regarding the funeral of His Holiness the Patriarch will be announced soon. Eternal memory and the Kingdom of Heaven!

His pious parents Zdravko and MilijanaGavrilovic from the village of Vidova near Cacak – and with them the entire Serbian family – were blessed the by the Lord, on August 27, 1930, with the birth of a male child whose baptismal name was Miroslav. He finished elementary school in his native village and high school in Cacak and the Theological School in Prizren, Kosovo and Metohia. Thereupon he graduated from the Faculty of Theology in Belgrade.

After completing his military service, he was appointed professor of the Prizren Theological School, but before accepting the appointment he received monastic tonsure in the monastery of Rakovica, n. Rakovica, by the Serbian Patriarch German, receiving the monastic name Irinej, inOctober 1959. On the Holy and Great Friday of the same year, he was ordained a hieromonk in the church of Ruzica, Belgrade. As professor at the Prizren Theological School, he spent some years at postgraduate studies in Athens. He was appointed principal of the Monastic School in the Ostrog monastery in 1969, from where he returned to Prizren to the position of Principal of that famous Theological School.