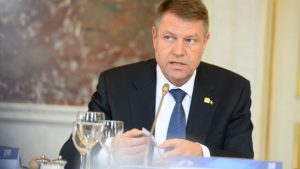 Romania’s president has called for tolerance and acceptance of minorities. The statement was connected to a pending case about same-sex marriage at his country’s highest court.

Klaus Iohannis, who is part of the German minority in Romania, as well as a Lutheran, and who therefore belongs to two minorities himself, stated: “Tolerance and acceptance of others are vital. These are the values I believe in.”

Iohannis, whose comments were unconventional, compared to those of most eastern European presidents or politicians, also sharply criticized parts of the Christian Orthodox Church of Romania. “Religious fanaticism does not help society. If being a Christian leans toward fanaticism, it sends a wrong signal.”

The Constitutional Court in Bucharest is expected to rule in a highly publicized case next week. A married gay couple wants its marriage recognized in Romania. The two men, one of them is American, the other Romanian, married in Belgium, a few years ago. When they wanted to move to Romania, the immigration authorities refused to recognize their marriage. For the couple this means that the American partner may not stay in Romania for longer than three months. At the same time, heterosexual spouses of Romanian citizens, who are not E.U. citizens, may stay in the country indefinitely.

The two homosexual partners started a legal battle some years ago, which has now reached the highest court.

In both Romania and Bulgaria, neither gay marriage, nor the registration of same-sex partnerships are options, according to the laws. The situation of homosexuals in Bulgaria is difficult, and even dangerous. In a recent interview with Foreigners & Friends Magazine, Radoslav Stoyanov of the Bulgarian Helsinki Committee said, there was no tolerance or acceptance for gays in Bulgaria. He also talked about hate crime and the lack of support for homosexuals.