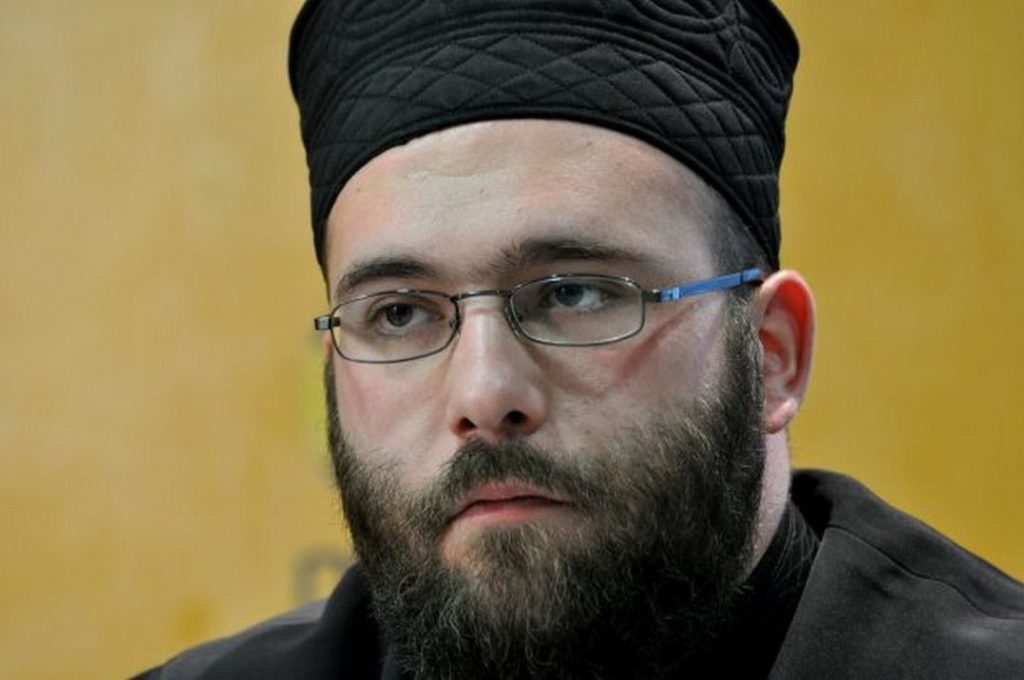 Vukašin Milićević, lecturer at the Theological Faculty in Belgrade

After a critical statement about the situation with the coronavirus, Vukašin Milićević, lecturer at the Theological Faculty in Belgrade, was banned from speaking publicly by the Holy Synod of the Serbian Orthodox Church. In this interview, his colleague Rodoljub Kubat sheds light on the background and tensions around the Faculty.

This interview was previously published in German in the newsletter “Nachrichtendienst Östliche Kirchen.”

1) The Serbian Holy Synod forbade the lecturer Vukašin Milićević to address the public. How has it come to that?

Let me remind you that the ban about addressing the public came from the Patriarch as the bishop in charge. The Patriarch is at the same time also the chair of the Synod. It is symptomatic that a public request for the Milićević ban came from the eparchy of Bachka, the bishop of which is also one of the members of the Synod. This is just one of the measures the ecclesial authorities have undertaken against the Orthodox Theological Faculty. Something like this could have been expected, however, for certain tensions have already existed between the Faculty and the part of the episcopate that forms the majority in the Synod. The reason for those tensions is the bishops’ discontent with the fact that free theological thought is arising at the Faculty. Of course, the free theological thought is nothing sensational. It is simply a more critical approach to theology, society, and Church life in general. But apparently even that is threatening. One gets the impression that the bishops would rather see the Faculty as a Higher Clerical School rather than a Department of Theology. Some of the teachers on the Faculty, of the bishops, and of the priests do not agree with that. Still, the former group has the majority within the Church institutions, and it uses that majority for imposing its regressive understanding of the point of academic training.

The problem lies above all in the way freedom of speech is suppressed. As an example, the decree about the ban on Vukašin Milićević’s addressing the public and suspending him from serving was handed to him in a very questionable way. He was not asked for any kind of conversation or explanation. The explanation of the Patriarch’s decision refers to a certain letter to the Faculty which he had written already in 2017, and in which it was demanded from all teachers and employees that they not address the public without his permission (blessing). This act understandably evoked certain tensions at Belgrade University—which is completely understandable—and a petition was prepared against it. As a result, the Patriarch came to a meeting of the Faculty council and said orally that his decision did not apply to the teachers at the Faculty, and that it had a different purpose. It is telling that this decision (which is in itself scandalous) is now again being activated, though the Patriarch himself had withdrawn it.

2) Students and professors protested against the ban. How did the ecclesial authorities react?

The students of the Theological Faculty and of other Faculties of the university organized a petition against the Patriarch’s decision on the ban on public statements, supporting lecturer Milićević. This petition was signed by a large number of students (the current pandemic crisis and the cancellation of all classes notwithstanding), and it was sent to the Rectorate and the Senate of the university. The Senate unanimously supported our colleague Milićević at its meeting and expressed great concern because of the new situation. A large number of colleagues from the university have made public statements supporting Milićević.

But the case is even more loaded than it seems at first glance. A full-fledged church-court case against Milićević has opened. There is a real danger that after the current situation of a state emergency, the Synod will order the dean of the Faculty (who was illegally elected) to fire Milićević and thus to bring him into a very difficult situation.

A number of renowned international theologians from all Christian confessions have started a petition of support for our lecturer which is addressed to the Patriarch of the Serbian Orthodox Church. The aim is to annul the decision and to grant to the professors of the Theological Faculty the same degree of freedom of speech as all the other professors of Belgrade University and of all universities worldwide. Such support has a special weight since it shows that the freedom of speech is one of the principal human rights in the modern world. It is especially important that people in Serbia, theologians and non-theologians, understand that the international academic community attentively follows the events in Serbia and stands up for the defense of academic freedoms, for that is not only a personal issue, but above all, an important issue of principle.

3) Vukašin Milićević is not the first person who was banned from uttering public statements. Just a year ago, a professor and a lecturer from the Orthodox Theological Faculty of the University of Belgrade both lost the blessing to continue to work at the Faculty. What is the current situation at the Faculty?

Last year the Synod withdrew its blessing for two colleagues, Professor Bishop Maksim (Vasiljević) and Lecturer Marko Vilotić, to teach at the Faculty. The “explanation” was theologically unclear and legally untenable. When Dean Bishop Ignatije (Midić) wrote to the Synod and explained that he could not implement such a decision of the Synod since doing so would violate the laws of the Republic of Serbia and of the University of Belgrade, the Synod sent a letter to the Faculty in which it requested the replacement of the dean. When he resigned, the Faculty was given a new administration in an illegal way, which of course prompted a crisis between the Faculty and the university. The Rectorate warned the Faculty several times that its acts and legal procedures must be in accordance with the laws of the Republic of Serbia and with the statute of the university. However, that did not happen. The whole situation is therefore unpleasant and unclear. Allow me to remind you that the Orthodox Theological Faculty was one the founding schools of the University of Belgrade, and now because of such acts its reputation and its status at the university, and in our society in general, are under question.

As for the atmosphere at the Faculty, one can say that a smaller number of the colleagues support Milićević without any reservations, whereas a few of them (including the illegal administration) only execute the will of the Patriarch and the Synod. The other colleagues are worried and anxious. The situation, in general, is not easy. The country is in a serious crisis; democracy is being crushed at every step. A large number of colleagues who work at the Faculty have no alternative, and so they decide not to interfere. In sum, the situation is not good at all.

With the support of the University, of our intellectual public, and with the help from colleagues from abroad, this situation may yet somehow be satisfactorily resolved and that the Faculty will succeed in keeping its scientific and academic autonomy. I very much hope so.

Rodoljub Kubat is a full professor at the Old Testament Chair (Department) of the Theological Faculty of the University of Belgrade. His field of research is Old Testament exegesis and theological hermeneutics, and he currently runs a project to translate Septuagint into Serbian.

Share. Twitter Facebook Pinterest LinkedIn Tumblr Email
Previous ArticleProf. Elizabeth Prodromou and Prof. Eileen Babbitt on “Fletcher Insights: Human Security & Religion in the Time of the COVID-19 Pandemic”
Next Article A Nationwide Approach of the Assembly of Canonical Orthodox Bishops of the USA for the Staged Reopening of Churches during the COVID-19 Pandemic