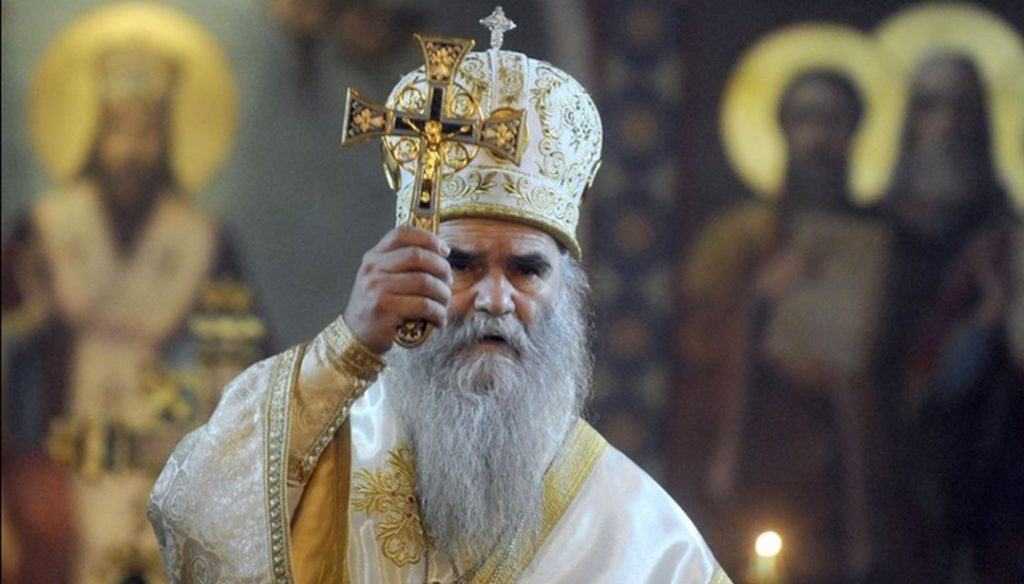 Metropolitan Amphilochios of Montenegro and the Littoral. Photo: Pravoslavie.ru

Metropolitan Amphilochios claims the Church should return to the system that was before Emperor Constantine, and all issues should be resolved by the Ecumenical Council.

Metropolitan Amphilochios (Radovic) of Montenegro and the Littoral believes that “Jerusalem is the true mother of all Orthodox Churches” because, according to him, “neither Rome nor Constantinople, but Jerusalem gave birth to all churches”. He stated this in an interview with TASS agency.

In particular, His Eminence Amphilochios stressed that he did not believe in the possibility of repeating the scenario of Orthodox schism in the Balkans, which the Patriarchate of Constantinople had committed in Ukraine.

He recalled that Dedeich (the leader of the schismatic Montenegrin Orthodox Church – Ed.) was defrocked by the Patriarchate of Constantinople, “so this is out of the question”.

At the same time, commenting on the situation in Macedonia, Metropolitan Amphilochios stated that he would not like to believe, “that after all the events [in Ukraine]the Patriarchate of Constantinople will declare war on the Serbian Orthodox Church, since this would be the declaration of war to Orthodoxy. After Ukraine, everything can be expected but I still hope that this will not be the case.”

In addition, the Metropolitan regretted that “the Patriarch of Constantinople is influenced not by the decent figures but by a certain group of young metropolitans, ambitious people, who with their ambitions instigate the patriarch to certain actions”.

He noted that “he had talked with serious people from Greece and others” who are “dissatisfied with such an influence on the Patriarch of Constantinople”.

Metropolitan Amphilochios stressed that Patriarch Bartholomew “is an elderly man and tries to adapt in order to strengthen his primacy, but in fact, he is putting himself in harm’s way, there is no doubt about that”.

He also recalled that “there were great hierarchs on the patriarchal throne of Constantinople, universally recognized, such as John Chrysostom and Gregory the Theologian, yet there were condemned heretic patriarchs, so there aren’t infallible people in the Church.”

At the same time, His Eminence Amphilochios believes that Constantinople has long since lost its significance for the Orthodox world. In his words, “since 1453 Constantinople has ceased to be the imperial capital, today it is the capital of the Sultan. This quality of the imperial capital was inherited by the Russian kingdom, playing a large role for the whole of Orthodoxy until the royal death in 1918. After the fall of Constantinople and the killing of the tsar in Russia, the empire no longer plays its previous role, therefore, the Church must return to the system that used to be before Emperor Constantine, the Constantine era of ecclesiastic history is over.”

He emphasized that “the Ecumenical Council is the only one to solve all Orthodox issues”, which should be convened by the Patriarch of Constantinople. However, according to Metropolitan Amphilochios, if Patriarch Bartholomew “continues to behave this way, he will lose that right too”.

Also, according to one of the most authoritative hierarchs of the Serbian Church, “the only Church – the true mother of all Orthodox Churches – is Jerusalem, because it was neither Rome nor Constantinople, but Jerusalem that gave birth to all other Churches.”

Earlier, the UOJ wrote that Theophilos III, the Patriarch of the Holy City of Jerusalem and All Palestine, declared that the Jerusalem Church is a Mother of all Churches and a guarantor of pan-Orthodox unity.