While it may at first glance appear to be a bit of Vandal-era vandalism, the apparent graffiti shenanigans was actually a deliberate attempt by the clergy to redeem souls and honor the dead. 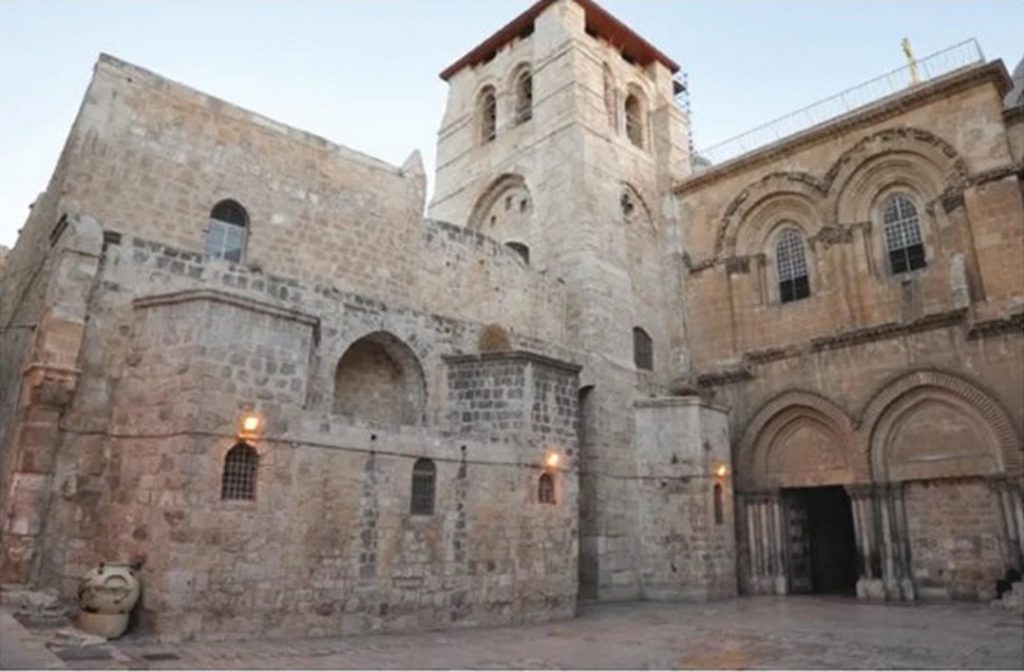 The Church of the Holy Sepulchre in the Old City
(photo credit: Wikimedia Commons)

What has been written in ancient engravings on the pillars in the Church of the Holy Sepulchre in Jerusalem?

While it may at first glance appear to be a bit of Vandal-era vandalism, the apparent graffiti was actually a deliberate attempt by the clergy to redeem souls and honor the dead through some Christian carving.

In fact, these carvings aren’t even as old as many people think – but they actually date back hundreds of years after the Crusaders, according to the Israel Antiquities Authority.

The Church of the Holy Sepulchre is arguably the single holiest and most important place in Christianity. With a history dating back to the fourth century CE, Christian tradition holds that within the area now confined to the walls of this church, Jesus Christ was crucified, buried and resurrected.

However, on these ancient pillars were many carvings, and experts have wondered what these carvings mean.

The main carvings of interest seemed to be crosses.

The Church of the Holy Sepulchre is very old and the entire church is simultaneously owned by several different Christian denominations, all of whom must agree on moving anything. As such, studying these engravings could prove difficult.

To understand their meaning through the use of non-invasive techniques, Israeli experts Prof. Moshe Ken and Dr. Doron Altratz, with the help of Dr. Amit Ram from the Israel Antiquities Authority, utilized a technological solution. Laser scanning and photogrammetry were used to scan the walls and pillars, creating a 3D model on a computer screen.

Here, the researchers were able to get a better look at the pillar and its engravings. Then they compared it to other engravings from the same period.

And what they found was that these were no random graffiti, but very intentional carvings done by the clergymen.

This is because of how uniform the crosses were. Their design, depth and size were all so in line that it was a marked contrast from random vandalism.

To be more specific, the researchers also determined when these carvings were made (the 16th century) and who made them (Armenian priests at the Church of the Holy Sepulchre).

So why did they carve them?

According to the Israel Antiquities Authority, the goal may have been similar to a donation.

Essentially, the priests wanted the relatives of those who died to pay to have a cross engraved on the pillars.