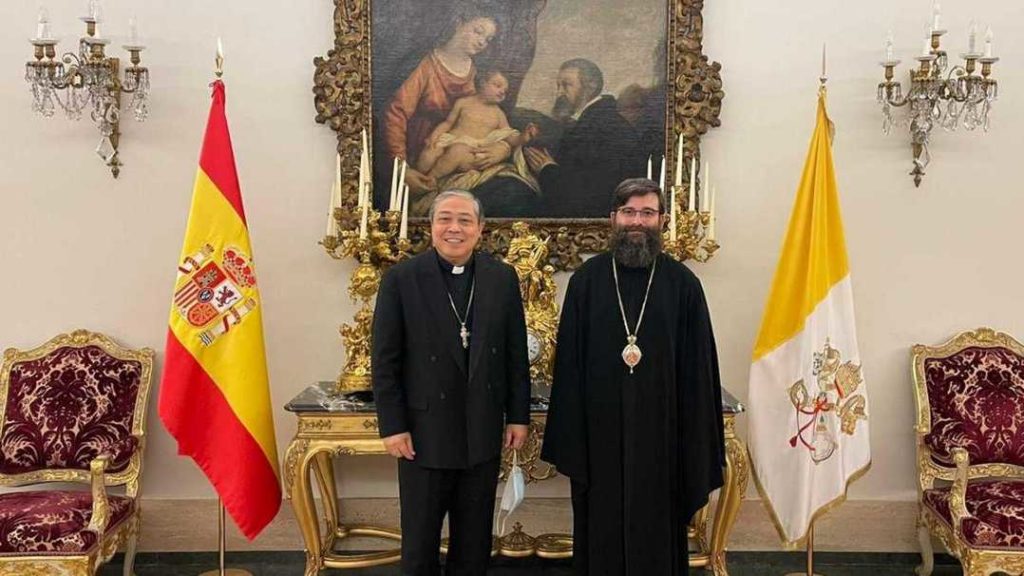 Bishop Timotei of Spain and Portugal met with Monsignor Bernardito Cleopas Auza, Apostolic Nuncio to the Kingdom of Spain and the Principality of Andorra.

During the meeting on January 4, the two discussed several issues of common interest for the Orthodox Church and the Catholic Church and society as a whole. Among the topics covered was the teaching of Religion in public schools.

In Spain, legally recognized denominations can organize one hour of Religious Education per week. Students who do not attend must take a course in the History and Culture of Religions. Teachers who attend a training course, not just theology graduates, can also teach in primary school.

Given the denominational structure of Spanish society, the vast majority of Religion classes are taught by Roman Catholic teachers, appointed by the local church authority, and paid for by the state. The state also approves the worship program.