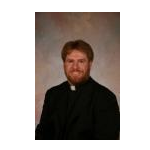 Upon the recent death of Patriarch Alexey II of Moscow and All Russia, Sergei Lavrov, head of the Russian Foreign Ministry (RFM), stated, “It is impossible to overestimate the contribution of the Primate of the Church to strengthening the positions of our Fatherland in the world and enhancing the international prestige of Russia.”1 First and foremost, the signing of the 2007 Act of Canonical Communion of the Moscow Patriarchate and the Russian Orthodox Church Outside of Russia (ROCOR) signaled “a new stage in [the Russian Foreign Ministry’s]efforts to consolidate the Russian world.”2 During the reign of Alexey II, especially during the Putin administration, the Russian Orthodox Church (ROC) expanded its role, uniting its mission with that of the RFM to secure the rights or “spiritual security” of the Russian diaspora as well as to reacquire property that had formerly belonged to the Russian Empire and had been lost during the Communist period. Furthermore, the church by collaborating with the foreign ministry has signaled that the church is indeed united with the state in promoting a greater Russia through the spread of Russian Orthodox Christianity.

In this essay, I will examine the relationship between the ROC and the RFM. In particular, I will focus on three roles that the ROC is providing. First, along with Putin’s understanding of “spiritual security” the ROC, by consolidating its rule over the Russian diaspora, is expanding this concept outside of Russia proper. Second, the relationship is providing the opportunity for the reacquisition of Russian property that was lost during the Communist period. And third, through its relationship with the RFM the ROC has been able to expand the influence of the Russian government throughout the world. The resurgence of Russia in world affairs has created tensions within the Orthodox world, especially in … [Download the complete paper (pdf)]