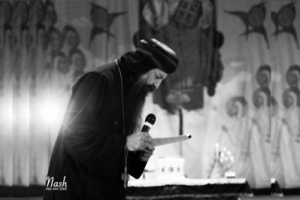 His Grace Bishop David of the Coptic Orthodox Church

“It is an honor and indeed a privilege to be a member of the Board of Trustees of St. Vladimir Seminary,” remarked incoming Trustee Bishop David, who was consecrated in 2013 as the first Shepherd and Diocesan Bishop of the newly formed Coptic Orthodox Diocese of New York and New England. His Grace holds two Master’s degrees, one in pastoral counseling from Fordham University and another in theological studies from Holy Cross School of Theology. 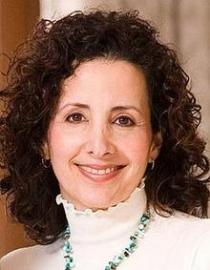 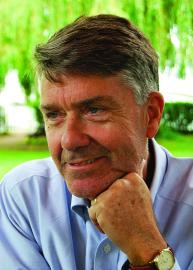 The two other new Trustees are Joan Farha and David V. Hicks, both of whom have extensive experience in the field of education. Mrs. Farha is the founder and coordinator of the Learning Differences Network, and is a parishioner at St. George Orthodox Christian Cathedral, Wichita, KS (Antiochian Orthodox Christian Archdiocese of North America).  Mr. Hicks, as the celebrated author of Norms and Nobility, is known around the world for his work in classical education, and is a parishioner at St. Anthony the Great Orthodox Church, Bozeman, MT (Orthodox Church in America).

“Faith and education have been my family’s foundation for generations,” said Mrs. Farha. “St. Vladimir’s uniquely embodies that foundation, and I am grateful and humbled by the opportunity to serve.”

Mr. Hicks, remarking on his new appointment as a Trustee and the Seminary’s reputation, said, “The life of every American Orthodox Christian in every jurisdiction is unimaginable without St. Vladimir’s: its priests spiritually and intellectually prepared for the world’s fight, and the steady flow of godly books from its famous press. How could I refuse the invitation to serve on its board, even if what I can bring is no greater than the widow’s mite?”

Retiring Trustee Dr. Mackoul served as a member of the Board from 2003–2015, and in 2008, the Board of Trustees unanimously elected her as its first Executive Chair. Mrs. van den Berg was one of the longest serving members of the Board and most recently chaired the Trusteeship Committee.

Commenting on Dr. Mackoul’s term, Archpriest John Behr, seminary Dean, said, “We owe so much to Anne Mackoul, our first Executive Chair. She helped us not only to formulate a new governance structure at the Seminary, but also to grow into our respective roles.

“She was always ready with sage advice and words of wisdom, helping us to navigate the many internal, local, and international dimensions of our work, as a friendly support and guide,” Fr. John continued. “And who can forget the splendid 75th Anniversary banquet that she, together with her aides, hosted a few years ago!

For her many years of service to the Seminary and to the Church of Antioch and at large, she was recognized by the bestowal of an honorary doctorate,” he ended. “We owe Anne, and her husband, Sabry, a great deal for all that they have done and continue to do for us.”

“Anne served as chair for the Advancement and Trusteeship Committees and was an active member of the Legal Affairs Committee,” Fr. Chad noted. “She and her husband, Dr. Egerton, have been longtime supporters of the Seminary, and we are grateful for their recent generosity, which aided SVS Press in publishing The Holy Gospel According to St. John, the final book in the set of commentaries authored by the late Archbishop Dmitri (Royster) of Dallas and the Diocese of the South.”