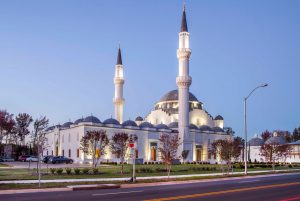 New York, NY – The remarks this week by Turkish President Erdogan on the so-called lack of “freedom of religion” in the United States over a single Iftar-dinner at the US State Department have demonstrated once again the absurdity of the Turkish position on human rights and religious liberty. To this very minute, Turkey’s oldest religious institution, the Ecumenical Patriarchate, goes unrecognized, harassed, and its purely Theological School on the island of Halki remains closed for nearly fifty years.

Throughout the history of the modern Turkish state, the person of the Ecumenical Patriarch has been disrespected by the formal disallowance of his rightful title, “Ecumenical,” a title belonging to his office for 1,400 years. President Erdogan demands every accommodation for his co-religionists and countrymen in the United States and around the world, and indeed anyone who has been to the Ottoman-style Turkish religious compound in the DC suburb of Lanham, Maryland (https://diyanetamerica.org) can see for themselves the American respect for all religions at work. However, he has proven nothing less than a hypocrite in his own country, which contains the sacred center of Orthodox Christianity, the second largest Christian faith in the world. President Erdogan would do well to look at his own house first, and acknowledge the abuses of the past and make corrections now and for the future in his own country, if he wishes to be taken seriously when he speaks of religious freedom.