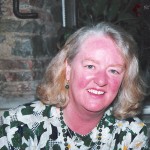 Susan W. Haikalis of Walnut Creek, California was elected President of the Orthodox Christian Laity (OCL) at their 25th Annual Conference in Washington DC this month.

Ms. Haikalis is a convert to Orthodoxy and has been involved in a number of groups supporting Administrative Unity of Orthodox Jurisdictions in the US. She participated in Boston with the original GOAL organization and has actively participated in attending OCL meetings for the past 15 years both contributing to discussions and educational programs as well as supporting her husband, Peter Haikalis, in his own leadership in OCL. Ms. Haikalis strongly believes that achieving administrative unity with Orthodox Jurisdictions in the US is critical for the survival of Orthodoxy for our children and future generations.

Ms. Haikalis has served on the Ascension Greek Orthodox Cathedral Philoptochos Board and as a Vice President of the Cathedral’s Parish Council. She has served on the Executive committee of the Cathedral’s Capital Campaign which has raised over 10 million dollars for a Chapel, Parking Facility and Platia. She has recently completed 3 years as the President of the Women’s Board of the Patriarch Athenagoras Institute at the Graduate Theological School in Berkeley, CA. The Women’s Board has an annual commitment to raise a minimum of $30,000 for the Institute which is the only Orthodox Graduate Program in the US with representatives from the multiple Orthodox jurisdictions in the US as faculty, members of the Board of Trustees as well as MA level students. The Institute is also the home for an Orthodox Christian Fellowship group for students.

Ms. Haikalis has spent over 45 years in health care settings, primarily hospitals and outpatient/Home Health, including mental health and developmental disabilities. She is a graduate of the University of Michigan with a Masters in Social Work from New York University. As a health care administrator, she has developed linkages to community organizations such as the American Cancer Society, American Heart Association, Visiting Nurses/Hospice, and Regional Centers for the Developmentally Disabled, etc. At Mount Zion Medical Center in San Francisco, she was the administrator responsible for the first hospital based Skilled Nursing Facility in the City in the 1980’s and for over 5 years coordinated all the HIV/AIDS programs in the hospital including an outpatient clinic and an inpatient unit. She also directed the department of Patient and Family Services at Mount Zion and later at California Pacific Medical Center. Her hospital experience has included many years of working with The Joint Commission on meeting standards for a variety of different departments/programs.

From 1994 until 2002, Ms. Haikalis was the Director of Client Services and Treatment Support at the San Francisco AIDS Foundation, a major AIDS service provider in the country. The program routinely provided services to over 2000 HIV+ clients each year. She presented papers at the International AIDS Conferences in Durbin, South Africa in 2000 and in Barcelona in 2002 on the impact of permanent housing on treatment adherence for patients with advanced HIV disease.

From 2002 to 2010, Ms. Haikalis was a social work consultant working with the HIV/AIDS Centers of Excellence in San Francisco, other HIV programs in the City and in Marin County HIV/AIDS programs. The San Francisco Bay Area programs provide a full spectrum of services needed by people with HIV/AIDS and her work was focused on improving access to health care, treatment adherence, case management, HIPPA compliance and chart documentation. Ms. Haikalis, as a licensed clinical Social Worker, also maintains a private practice focusing on clients who have difficulty negotiating the current health care system, including helping clients with SSDI and SSI applications.

Since 1965, Ms. Haikalis has been working closely with patients impacted by the health care system. Ms. Haikalis has participated as a member of the original Joint Commission Public Advisory Group and served as chair for four years. Helping people effectively use the health care system has been a professional lifetime goal. After retiring from full-time employment, Ms. Haikalis and her husband moved to Rossmoor and enjoy spending time with their two grandchildren (who live in Berkeley), singing in their Greek Orthodox Church Choir and traveling!