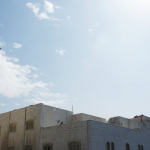 Christians living in conflict-torn Syria are afraid that their community would fall victim of religious extremism if President Bashar al-Assad regime collapses and Islamists come to power.

“I am afraid that we will suffer bad times,” a member of Damascus’s Christian community, who identified himself as Jorge, told RIA Novosti.

A full-fledged civil war will break out in Syria if Assad’s enemies and their western supporters continue efforts to topple the president, he continued.

“If the regime falls…, Islamists will come to power,” Jorge said, adding that Islamists “wrongly believe that we support the current regime,” and for that reason they will complicate the life of Christians.

“Sunni Muslims who predominate Syria think that if President Assad’s regime representing the interests of the Alawi minority falls, they will live better. But I personally think that they are wrong. Syria is a secular state and its people, including Muslims, will not like it if the new power starts thrusting orthodox Islamic norms of moral and behavior on them,” he added.

According to Jorge’s opinion, extremist forces rather than liberals would come to power in Syria.

Another Syrian, an engineer from Homs, said on conditions of anonymity that he is sure that if Assad’s regime falls, Christians will be “expelled from the country in one day.”

Presently, the situation in Homs is quite complicated, almost all of the local Christians have moved away. Their homes have been occupied by militants and their families, and the shops have been looted. Refugees are temporarily living in other regions of the country.

Jorge said Islamists are trying to show that if the regime changes, Christians would not come under attack. “They do it to appease them [the Christians], attract them thus losing their support of the regime,” he said.

Muslim leaders put messages on social networks saying that Christians and Muslims have for centuries lived together in Syria; they also try to distance themselves from the damage that has been inflicted on Christian homes and churches in Homs.

The engineer from Homs said that government forces could have “pushed out” Islamist militants from Homs if they continued shelling the city for at least three more days. “But then they adopted [UN and League of Arab States Ambassador] Kofi Annan’s plan and gunfire was terminated. But this does not bring anything good to us. Our homes remain occupied by militants.”

He said the majority Christians do not consider emigration a possibility. “This is our homeland. Christians have been living in Syria long before the Muslims. Why should we move away?”

Christians make up about ten percent of Syria’s 23-million population. Approximately half of Syria’s Christians belong to the Antiochian Orthodox Church.