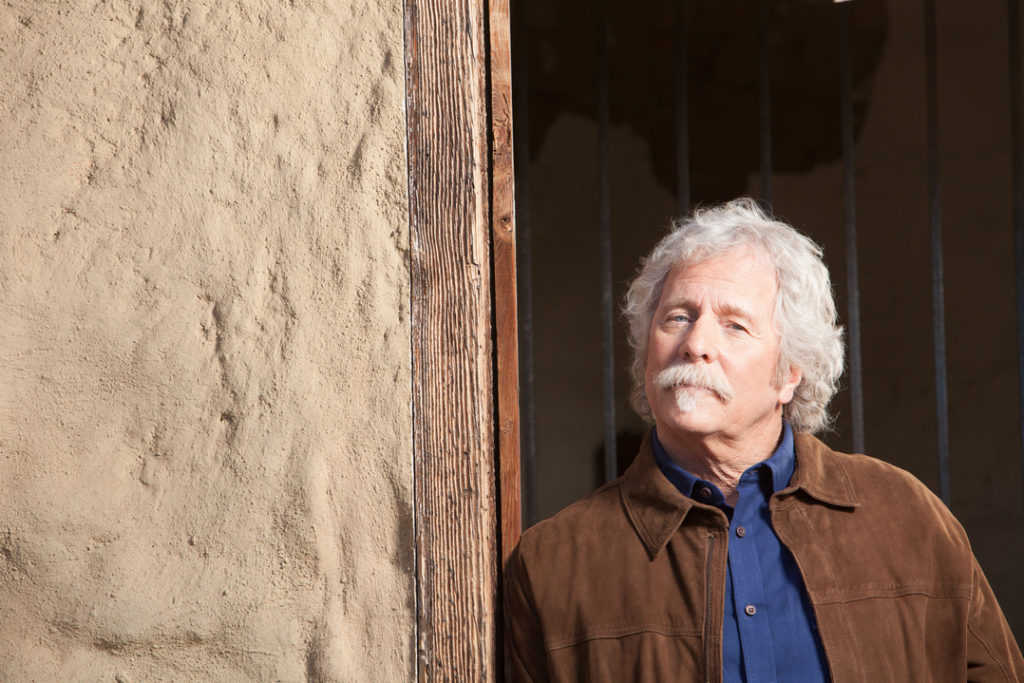 The Byrds’ classic “Turn! Turn! Turn!” didn’t sound like anything on the radio when it hit No. 1 on the Billboard charts in 1965.

For starters, the lyrics came from Ecclesiastes, noting “there is a season, and a time for every purpose, under Heaven. A time to be born, a time to die. A time to plant, a time to reap. A time to kill, a time to heal. A time to laugh, a time to weep.”

What critics failed to realize, said Byrds co-founder Chris Hillman, was that covering the late Pete Seeger’s classic was a logical move for musicians steeped in American roots music. Songs about struggle, glory, sacrifice and faith were common in early ‘60s folk concerts.

“Where did all of our music come from? Blues and gospel. … White church, Black church, the music all came from church,” said Hillman, in a recent interview. “With the Byrds, we went right to that well. We didn’t think twice about it. We didn’t say, ‘We can’t do a Christian song.’”

Hillman’s musical roots became more obvious as the Byrds ventured into what many started calling “country rock,” especially with the landmark “Sweetheart of the Rodeo” album in 1968. Bluegrass, country and gospel themes played a larger role as Hillman began writing songs for the Byrds and his later bands.

While the Byrds put him in the Rock & Roll Hall of Fame, it was Hillman’s grassroots connections that made history, according to the legend who produced his “Bidin’ My Time” solo project in 2017. The late Tom Petty said: “Chris was a true innovator — the man who invented country rock. Every time the Eagles board their private jet, Chris at least paid for the fuel.”

That musical and spiritual journey is clear in Hillman’s recent autobiography, “Time Between,” with its mix of rock lore and personal reflections. Rather than offering a tell-all about sex, drugs and rock ’n’ roll, Hillman focuses on lessons he learned along the way and his love for the musicians who, flaws and all, helped him.

Hillman grew up near San Diego in an interfaith home — Jewish and Presbyterian — in which strong values were important but not organized religion. Then his father’s suicide shattered the family’s world and forced their move to Los Angeles. That’s where Hillman’s emerging bluegrass skills led to an unlikely audition at age 19 with a folk group that became the Byrds. The rest is music history.

Eventually, Hillman’s demons attacked his life and music. By the late ‘70s, he notes in the book: “I couldn’t outrun or bury my own pain. My long-held internal anger was reaching its highest point as my father’s suicide continued to haunt me. … I was making choices that contributed to my restlessness and unhappiness. So much of that self-destructiveness, I now realize, was rooted in anger.”

In one 1977 song, “Clear Sailin’,” he sang: “Yes, I’ve turned my back on you, Jesus, and I hope you understand. Seems like everybody’s got an answer and nobody’s got a plan. ‘Cause I felt buried, buried alive. Satan, I sure know your sign, and this feeling deep inside, makes we wanna shrivel up and die. and I still find myself asking why.”

Hillman wasn’t a Christian at that time but found it natural to use religious language when asking big questions because that was normal in bluegrass and country culture. At the same time, he was surrounded by talented Christians, including pedal-steel maestro Al Perkins, Eagle Bernie Leadon, songwriting partner Steve Hill and Byrds co-founder Roger McGuinn, who had become an evangelical Christian. Hillman also met music-business professional Connie Pappas, whom he married in 1979. After first becoming an evangelical, Hillman joined his wife in Orthodox Christianity in 1997.

“Time Between” opens with a scene connecting these themes, when their California home was threatened by a 2017 brush fire. With minutes to pack, Hillman grabbed two beloved musical instruments, family photos, crucial papers, the family dog Daisy and Orthodox icons from a pilgrimage to Jerusalem and Mt. Sinai.

“I think that I had to go through all of those steps,” said Hillman. “There was the old, ‘If only I hadn’t done that or I hadn’t have done this, one time.’ Yes, but I think God put me in each of those places, and each time I had to learn and to move forward so I could get to where I am now.”

Terry Mattingly leads GetReligion.org and lives in Oak Ridge, Tenn. He is a senior fellow at the Overby Center at the University of Mississippi.