[ditty_news_ticker id="27897"] THE 2020 CENSUS OF AMERICAN RELIGION: WE HAVE WORK TO DO - Orthodox Christian Laity 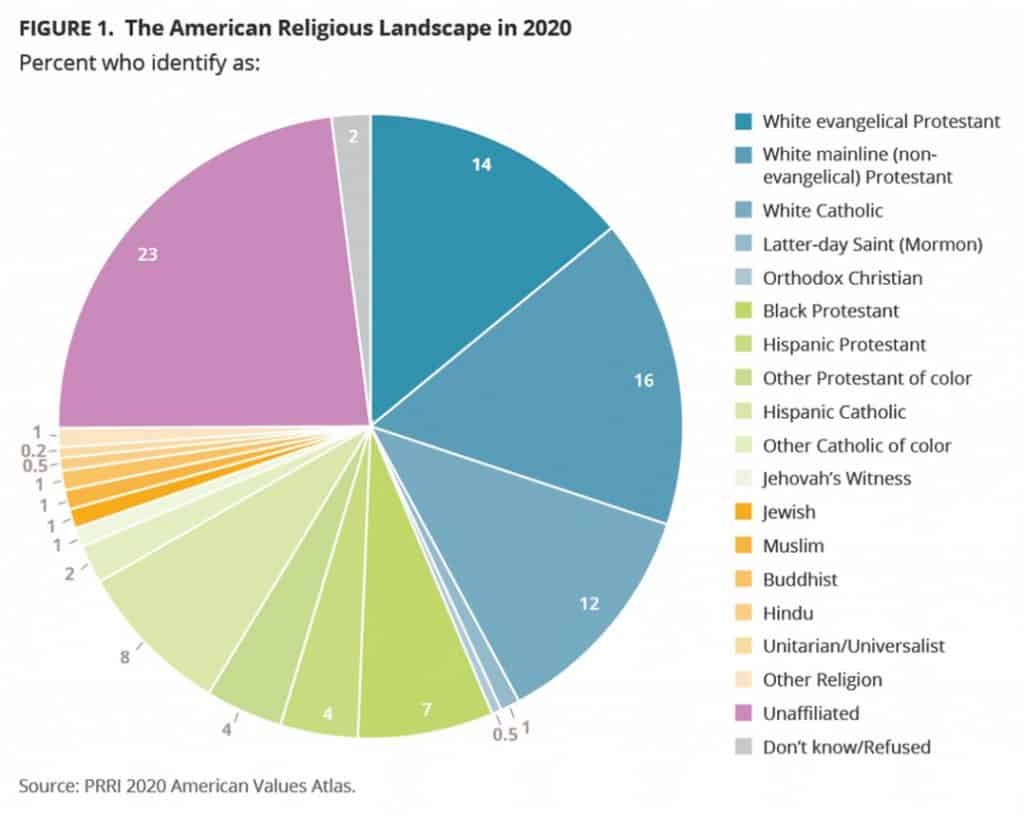 This pie chart was published on the website of the Public Religion Research Institute. PRRI describes itself as “a nonprofit, nonpartisan organization dedicated to conducting independent research at the intersection of religion, culture, and public policy.” It goes on to say:

The chart shows that Orthodox Christians account for a mere half of 1% of the US population; in other words, about 1.66 million Americans out of a total population of 331,449,281. This gives an average of 33,200 Orthodox Christians per state. The actual numbers are likely lower: if similar surveys are any indication, this figure includes those not in communion with the Orthodox Church who nevertheless call themselves Orthodox. (See Sotiris Mitralexis’ Questions à Propos Pew Research Center’s Report on Orthodoxy.) The Assembly of Canonical Orthodox Bishops of the United States of America counts 1.5 million Orthodox Americans under its collective omophoria, distributed among multiple overlapping, unnamed “jurisdictions.” (The Bylaws define the Assembly’s membership as comprised of “all active Orthodox Bishops in the United States of America who are in canonical communion with all the local Autocephalous Orthodox Christian Churches.”) All but one—the Orthodox Church in America—have ethnic qualifiers before the word Orthodox in their names: Albanian, Antiochian, Bulgarian, Carpatho-Russian (aka Rusyn), Georgian, Greek, Romanian, Russian (in principle, since their departure from the Assembly to protest the autocephaly of the Orthodox Church of Ukraine), Serbian, Ukrainian, etc…