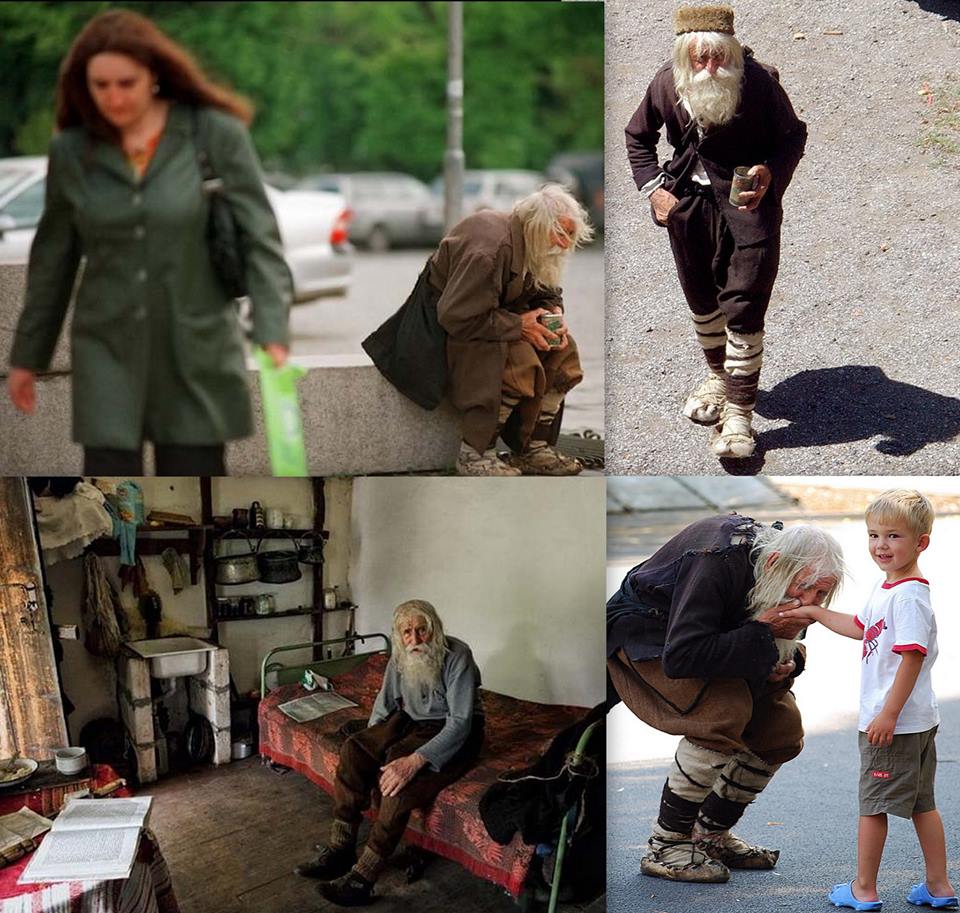 98 year old Dobri Dobrev, a man who lost most of his hearing in the second world war, has traveled 25 kilometers every day for decades from his village in his homemade clothes and leather shoes to the city of sofia – a trip he made by foot until recently – where he spends the day begging for money.

Though a well recognized fixture around several of the city’s churches, known for his prostrations of thanks to all donors, it was only recently discovered that he has donated every penny he has collected — over 40,000 Euros (~ $52,000) — towards the restoration of decaying Bulgarian monasteries and churches and the utility bills of orphanages. He is living entirely off his monthly state pension of 80 euros and the kindness of others.