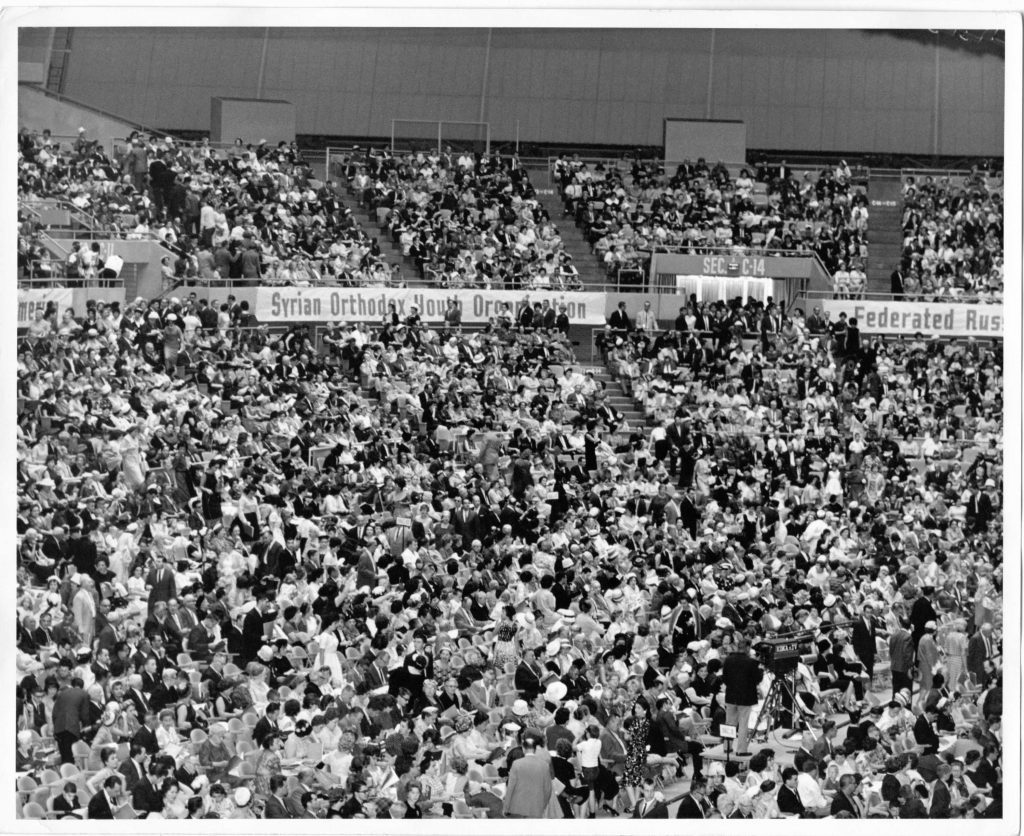 In 1963, between 11,000 and 13,000 Orthodox youth, from seven jurisdictions, came together for a pan-Orthodox festival in Pittsburgh. Ten bishops and more than 150 priests celebrated Vespers in an arena, and a thousand-person pan-Orthodox youth choir sang. This was the biggest pan-Orthodox event in American history, and most Orthodox Christians today are completely unaware that it happened.

The 1963 festival was just one of many achievements of a long-forgotten alliance of Orthodox youth leaders known as “CEOYLA” (which stood for the Council of Eastern Orthodox Youth Leaders in the Americas). CEOYLA was formed in 1954, when GOYA — the Greek Orthodox youth organization — organized a meeting of the leaders of the various jurisdictional youth organizations. This took place with the blessing of Archbishop Michael of the Greek Archdiocese — a man whose impressive legacy is mostly overshadowed by his larger-than-life predecessor and successor, Athenagoras and Iakovos…. Read the complete article here.