[ditty_news_ticker id="27897"] THE EVANGELICAL THEOLOGY OF THE ORTHODOX CHURCH 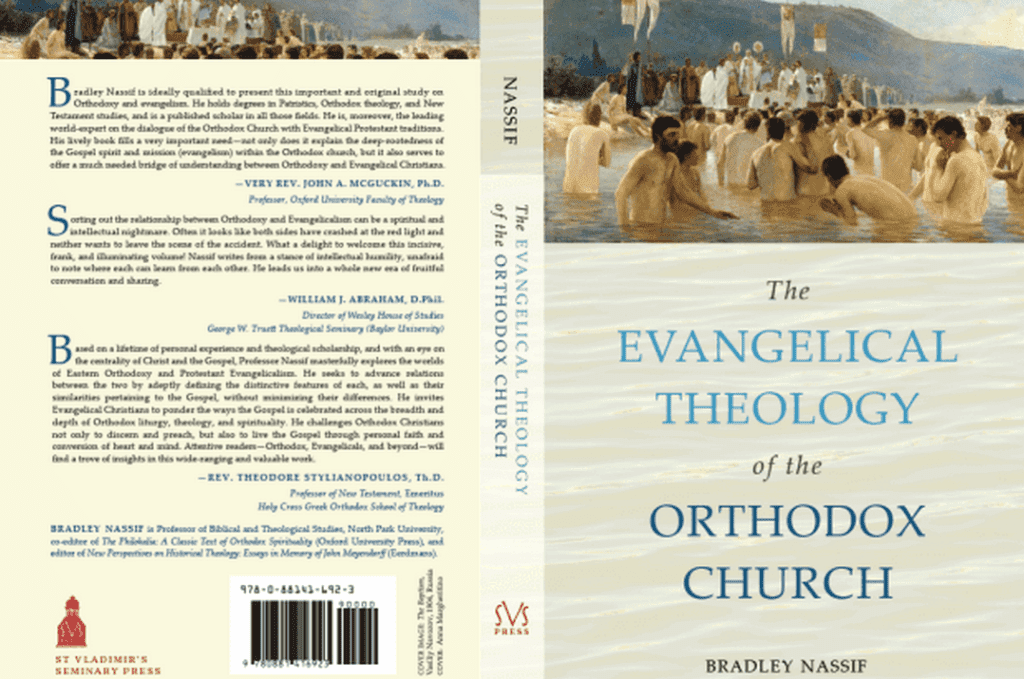 The late Fr. John Meyendorff, whose name graces the Orthodox Christian Studies Center, emphasized the importance of dialogue with Protestant Evangelicals. He wrote, “…contacts with ‘Evangelicals’ are minimal, the primary reason being mutual ignorance and suspicion…. Such obstacles can and should be overcome within American society… If mutual ignorance still persists, it is due to a continuous lack of dialogue.”[1] The Weslyan scholar, William Abraham, likewise observed: “Sorting out the relationship between Orthodoxy and Evangelicalism can be a spiritual and intellectual nightmare. Often it looks like both sides have crashed at the red light and neither wants to leave the scene of the accident.”[2]

Hence the title of my recent book, The Evangelical Theology of the Orthodox Church with a foreword by Fr Andrew Louth. “The goal of this book is to nurture in [Orthodox] readers a faithful commitment to making the gospel clear and central in local Orthodox communities, and to articulate that vision in a way that people both inside and outside the Orthodox Church can easily understand. The essays are the result of over fifty years of international experience in both Orthodox and Evangelical communities across America, Russia, Eastern Europe, and the Middle East” (13). The desired outcomes are (a) to stimulate Orthodox readers (scholars included) to a much greater recognition of the need to emphasize the gospel as the core message of Christianity, and (b) to explore how a maximalist vision of the Church’s gospel compares and contrasts with Protestant Evangelicalism, and the difference that vision makes to the mission of God in the world today.

A brief description of the contents of the book will provide readers of Public Orthodoxy with an understanding of why this dialogue is important, but especially why Orthodox clergy and laity need to keep the gospel clear and central in every life-giving action of the Church. Part One demonstrates how the gospel is presented in Orthodox worship, doctrine and spiritual life. The word “Evangelical” not to be confused with Protestant Evangelicalism. In an Orthodox context, “evangelical” is synonymous with “gospel.” As Fr Theodore (Ted) Stylianopoulos states, “‘Evangelical’ is a perfectly good word …. It is about God’s great saving acts in Christ, the Spirit, and the Church” (16). Despite the gospel’s formal presence in the Church’s worship, dogmas, and spirituality, it can actually remain hidden from our eyes simply by not talking about it enough in clear language under the Spirit’s power. People can end up religious, but lost. The gospel that is ever-present needs to be made ever-clear. So in the conclusion to Part One, I offer ways of “Nourishing the Gospel in Orthodox Parishes Today.”

After describing what the gospel is in the Orthodox Church, I then take that understanding and compare and contrast it with Protestant Evangelicalism in Part Two. Evangelicalism is one of the most influential and dynamic religious movements in the world today. We can distinguish between an Evangelicalism of the pew, and an Evangelicalism of the academy. I try to engage both with theological seriousness by exploring elements of faith that Orthodox and Evangelicals share, without glossing over our differences, thereby offering a means of mutual understanding and enrichment (not conversion). The first difficulty we encounter is the nature of Evangelical identity itself. What does it mean to be an Evangelical? Historians are not in agreement. Broadly speaking, Evangelicalism can be described as a trans-denominational movement whose adherents share a common religious experience and a common set of theological emphases. It is a de-centralized movement that includes different denominations. There are Anglican Evangelicals, Baptist Evangelicals, and so forth. It is also important to recognize that Evangelicalism in America looks quite different from Evangelicalism in Russia, Eastern Europe, England and other countries outside our own.  In America, Evangelical identity has become a moving target partly due to its relation to American politics where the term “Evangelical” is often perceived as an extreme political platform. This has led some in the movement to disavow the word entirely, while others want to either retain it or step away from it temporarily until the term regains its spiritual emphasis. It makes us wonder, “Will the real Evangelical please stand up?” The definition I use, therefore, are four inclusive identity markers of Evangelicalism given by the noted British historian, David Bebbington: the Bible as the inspired Word of God (Biblicism), the work of Christ on the cross (Crucicentrism), the need for personal conversion (Conversionism), and the imperative of missionary outreach (Activism) (157-226). I conclude Part Two with the history of an emerging global dialogue,[3] and an essay assessing the (in)consistencies between “Evangelicals and the Church’s Great Tradition.”

To be sure, there are many vibrant communities in America and elsewhere. Yet, is also a tragic fact that many Orthodox Christians live in a golden ghetto, not recognizing the treasures that surround them. My greatest hope for the book is that it will become a catalyst for spiritual renewal. To that end, I have dedicated it to “every bishop, priest, deacon, monk, and layperson who strives to keep the gospel clear and central in every lifegiving action of the Church.” Individual essays may be useful for adult study groups, catechism classes, personal enrichment, or undergraduate and graduate courses in Eastern Orthodoxy. I hope to have shown clearly how the gospel is Orthodoxy’s most treasured witness. An evangelical ethos is embedded in the entire structure of the Church’s tradition giving it a remarkable unity and cohesion. In short, when the Church weakens its focus on the gospel, the parish becomes weak; but when the Church strengthens its focus on the gospel, the parish can become holy fire.

Order from SVS Press or Amazon.

[3] The most productive international dialogue over the past decade has been the Lausanne-Orthodox Initiative (www.loimission.net).  See also Orthodoxy and Evangelicalism: Contemporary Issues in Global Perspective, eds. Bradley Nassif and Tim Grass (MDPI Books: Religions, 2021) (open access)

Share. Twitter Facebook Pinterest LinkedIn Tumblr Email
Previous ArticleSupraśl 2022: A WORLD GATHERING OF ORTHODOX YOUTH, July 18-24, 2022 in Supraśl, Poland
Next Article Ecumenical Panel on “For the Life of the World: Toward a Social Ethos of the Orthodox Church” – February 17