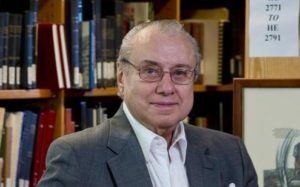 The electrifying appearance of AB Elpidophoros upon the American scene, the waves of hallelujah, axios, the expensive dinners (no poor Orthodox allowed), as the non-stop gracious addresses have now subsided somewhat. Please remember that Christ came to us as a “suffering servant,” not groomed in pomp and perfection.

Now begins the hard work of bringing the Greek Orthodox Church up to not where it was 25 years ago, but up to several levels above. If you had perused my article on the new AB, with the title of Axios Or?, You may understand where my position is.

I am praying that the warmly-received AB will soon be prepared to offer “earth-shaking” encyclicals which will characterize his strength and determination to move the Greek Orthodox Church forward and upward such as:

And as I have previously written, it seems as if our Bishops serve as weak little brothers sitting by, smiling pleasantly, doing their spiritual duties holding hands with sinners and faithful alike in the midst of the Holocaust gripping our church. Where is the vigor, power, and fortitude of their office and position to proffer the word of Father, Son, and Holy Spirit to the outside world, writing letters condemning or at least criticizing the hateful actions of those who support abortion and other despicable actions, such as the shootings in El Paso TX, and Dayton OH? When is the last time you witnessed our Bishops taking part in a public outing or parade celebrating, extolling Christ or one of our Saints? Is ours a religion which is so silent and too bashful to show public praise for our faith or condemnation for unlawful actions?

The status of our GO church today is as delicate as almost 90% of those who are of Greek descent have sought other spiritual solace. It is imperative that the Archdiocese acts sooner rather than later to invoke an emergency meeting of the Archdiocesan Council composed of serious, informed and spiritually-minded faithful to assist His Eminence in discussing and endorsing a program to bring our church into the 21st century.

The Archdiocese has just released a financial statement of the GO Church. I surmise that the report was made up by the “old guard,” as once again it excluded more important information than it revealed.

The church must realize that the current faithful are not those of the 1940s. Today, we Orthodox are computer savvy, highly-educated and for the most part, successful as workers, professionals and wise in the operations of our businesses.

We are not the sheepherders, mountain dwellers or plain agricultural workers of old. The church should respect the Laity just as the Hierarchy expect us to acknowledge their status. The financial statement of the Archdiocese must include all the various entities under its jurisdiction. What happened to the promise of “transparency and responsibility”? We, the faithful, unfortunately, have been given a diet of promises made ad infinitum but never kept….

Thank you for your comments. I appreciate your thoughts and concerns in how we may improve the management of our church, not dogma. Please know I have you in my prayers and thoughts.