[ditty_news_ticker id="27897"] The Hagia Sophia Was a Cathedral, a Mosque and a Museum. It’s Converting Again. - Orthodox Christian Laity

Changing the secular space back into a religious one is a risk for the World Heritage Site. 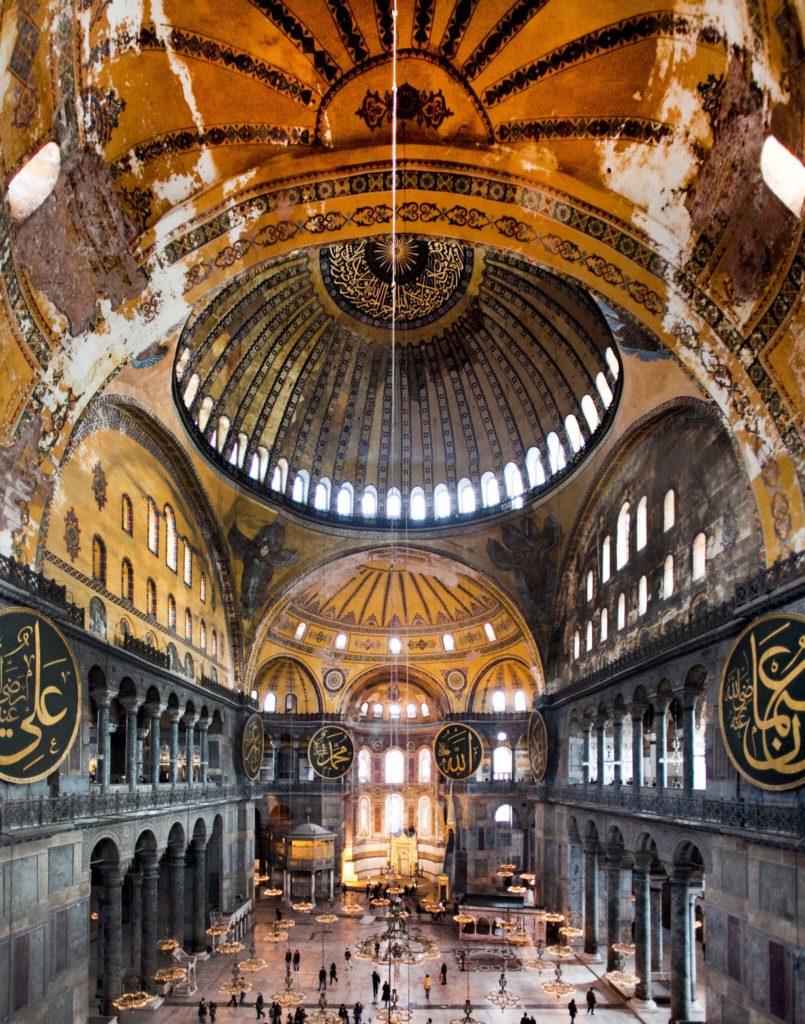 By The Editorial Board

The editorial board is a group of opinion journalists whose views are informed by expertise, research, debate and certain longstanding values. It is separate from the newsroom.

On Friday, after 86 years as a museum, the great Hagia Sophia in Istanbul will once again echo with Muslim prayers. To Turkish Islamists, the conversion marks the fulfillment of a long-held dream of restoring a symbol of Ottoman grandeur. For many others around the world, the change is a dismaying setback for one of the world’s greatest architectural and cultural landmarks.

Grandly arrayed on a hilltop over the Bosporus where it divides Europe and Asia, the Hagia Sophia’s 15-century history is suffused with events, myths and symbols important to both East and West. Built in the sixth century by a Byzantine emperor, Justinian I, as the premier cathedral of the Roman Empire and dedicated to “Holy Wisdom,” it was for almost 1,000 years the largest church in the world, a temple so majestic that upon its dedication the emperor is said to have proclaimed, “Solomon, I have surpassed thee!” Its influence on history and architecture and religion, Christian and Islamic, is profound.

When Constantinople fell to Ottoman forces in 1453, Mehmed II the Conqueror converted it to a mosque, the Great Mosque of Ayasofya, and with time the Byzantine mosaics were covered over or destroyed and four great minarets were raised around the structure. It remained a mosque until 1934, when Mustafa Kemal Ataturk, the founder of the secular, modern republic of Turkey, transformed the Hagia Sophia into a museum, exposing long-concealed mosaics and marble floor decorations, in what was seen as a bid to free the monument, and the nation, from myths of sacred conquest.

It became the most-visited museum in Turkey, attracting about 3.7 million visitors in 2019. It was designated a World Heritage Site by UNESCO, identified as a landmark of exceptional cultural significance to all humanity, worthy of conservation.

Why President Recep Tayyip Erdogan chose to reverse Ataturk’s decision is a matter of some conjecture. A product of an Islamist political tradition, he said he was unable to sleep on the night he issued the presidential decree making the change. Only a year earlier he had argued against the conversion. What is clear is that despite the great powers Mr. Erdogan has seized over 17 years in power as prime minister and president, his current political standing is shaky, and he needs to feed his nationalist base.

In his address to the nation on July 10 announcing the conversion, Mr. Erdogan made no mention of Ataturk. There was no need — his speech was preceded by a ruling of the Council of State, the highest administrative court of the country, nullifying Ataturk’s decree. And in his speech, Mr. Erdogan extensively quoted Sultan Mehmed’s will, calling down frightful curses on anyone who would change the Hagia Sophia’s status.

Reversing Ataturk’s secular legacy plays well among Turkish nationalists, for whom the museum inside the Hagia Sophia long represented a humiliating foreign imposition and a blot on the Ottoman past they glorify. And evidently not only nationalists. The conversion of the museum has drawn little criticism within Turkey and among Muslims outside, and all political parties save one applauded the change.

The reaction from Christian leaders has been relatively muted, perhaps for fear of fomenting sectarian strife. Pope Francis said only that he was “pained,” while the Eastern Orthodox patriarch of Constantinople, Bartholomew, who as a resident of Turkey needs to be cautious in his pronouncements, expressed regret that the Hagia Sophia would cease being “a place and symbol of encounter, dialogue and peaceful coexistence of peoples and cultures.”

UNESCO was more direct. A statement from the organization said it “deeply regrets” that the decision was made without any prior discussion, adding: “Hagia Sophia is an architectural masterpiece and a unique testimony to interactions between Europe and Asia over the centuries. Its status as a museum reflects the universal nature of its heritage, and makes it a powerful symbol for dialogue.” The statement also warned that alterations to physical structures or changes to accessibility of the site could violate the 1972 World Heritage Convention, to which Turkey was a signatory.

Mr. Erdogan, for his part, has sought to reassure the world that when not being used for prayer, the Hagia Sophia would remain open to the public, and that Christian frescoes would remain on display, though covered with curtains during Muslim prayers.

It is critical that at least on these matters, he be held to his word. It is a sad reflection on the state of Turkey’s democracy that a monument of such global importance and value should become an authoritarian leader’s political tool. But what’s done is done; there is no chance that Mr. Erdogan would reverse his decree, even if he could, without firing the fury of his base.

But the Hagia Sophia remains a World Heritage Site in the most profound sense of the designation, a structure of surpassing beauty with a deep overlay of the histories of East and West, Christianity and Islam. That need not preclude prayer; nor should it preclude Turks from feeling a powerful connection to a monument that has been the pride of their nation for centuries. But like the damaged Notre-Dame in Paris, or the Acropolis in Athens, that must not undermine its calling as a place of exceptional significance to all humanity.

In converting the Hagia Sophia to a mosque, Mr. Erdogan has assumed the weighty responsibility of a custodian of one of the world’s cultural landmarks. He ought not be allowed to forget that.