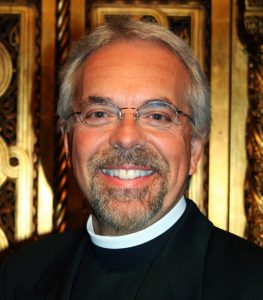 The much-anticipated royal wedding of Prince Harry and Meghan Markle took place in the elegant Windsor Castle sanctuary of Saint George on Saturday, May 19th.  According to the media, the marriage ceremony was the consequence of a blind date initiated by a common friend in 2016. During a post-engagement interview with the BBC, Harry and Meghan refused to disclose the matchmaker’s identity preferring to protect the privacy of their familial benefactor.

The royal wedding of Prince William and Kate Middleton was also the result of a matchmaker. Unlike the mystery surrounding his younger brother’s relationship, William’s matchmaker was the well-publicized Saint Andrews University, one of Britain’s top matchmaking institutions of higher learning, where graduates have a one-in-ten chance of meeting their perfect mate. “Our title as the top matchmaking university in Britain signifies so much that is good about St Andrews,” said the University’s President.  During his commencement speech at the royal couple’s graduation, Dr. Brian Lang urged matriculating students “to go forth and multiply . . . in the most positive sense.”

Matchmaking is not a new phenomenon. Nor did it begin with England’s royalty.  In fact, the consummate matchmaker, dedicated to helping singles find appropriate spouses, has been a vital grandee of different cultures which have, at one time or another, preferred the security of arranged marriages. The earliest “dating agencies” were run by religious marriage brokers who compiled lists of candidates they considered compatible. Matchmaking additionally played an important role in a series of marriages with the royal houses of Europe for the purpose of maintaining and increasing British royal power. However, like William, Kate, Harry and Meghan, young dynastic heirs often have plans of their own, fueled by strong wills and romantic hearts.

The contemporary nonprofit, institutional development, and faith-based stewardship director must, like an old-fashioned matchmaker, have a passion for proactively pairing those who can “go forth and multiply . . . in the most positive sense.” In order to successfully do so, however, philanthropic fundraisers must strive to match the mission and values of their respective philanthropic agencies with the aspirations of potential donors. Outdated agency-focused fundraising and transactional stewardship models that overly emphasize emotional appeals and budgetary shortfalls must be replaced with more donor-centric sympathies that contribute to sustainable transformational impacts.

The future of philanthropy in America promises to replace transactional methods of fundraising with transformational stewardship. While pessimists are overly concerned about the impact of new federal tax laws which they insist no longer provide tax incentives, optimistic fundraising matchmakers see more reason for hope, believing that we have entered the “golden age of giving” where donors are motivated by personal values and direct engagement rather than transaction and exemptions.

Philanthropology: The Evolution of Giving (2009), a study of 500 high net-worth investors in the U.K. and U.S. conducted by Barclays Wealth in London identifies and explains six diverse typologies of donor motivation: (1) Privileged Youth (motivated by a desire to engage), (2) Eco Givers (motivated to save the planet), (3) Altruistic Entrepreneurs (motivated by duty to give back), (4) Reactive Donors (motivated by peer pressure), (5) Cultured Inheritors (motivated by legacy), and (6) Professional Philanthropists (religious and political motivations).

In a 2013 interview with the Nonprofit Times, Sister Georgette Lemuth, president and CEO of the National Catholic Development Conference, distinguished a seventh typology, the Transformational Donor. This donor group generally includes the cyber and venture capital rich, women, and those who have become wealthy through the current intergenerational transfer of several trillions of dollars in America.  Transformational donors exhibit the following characteristics:

Unable to find a suitable match, many of these transformational-minded benefactors have formed their own structures for expressing their personal aspirations. The list of such philanthropic channels include donor advised funds, social venture organizations, giving circles, charitable lead trusts, annuities, and independent family foundations. Professional fundraisers, institutional development officers, and faith-based stewardship directors should all seriously consider the typological characteristics of these “new” transformational philanthropists when developing their respective fundraising stratagems.

In their book, High Impact Philanthropy: How Donors, Boards, and Nonprofit Organizations Can Transform Communities (2001), Grace and Wendroff insist that transformational philanthropy “is a new phenomenon . . . a heightened understanding by donors of the importance of philanthropy in building communities, and institutions . . . and one of the most important milestones in the entire history of philanthropic growth in this country.” While many professional development officers misconstrue the goal of transformational fundraising as the acquisition of resources commonly categorized as “major gifts,” the authors insist that the distinguishing characteristic of such contributions “should not be their size.” On the contrary, transformational largesse should be identified by their unique capacity to exceptionally impact the programs, perceptions, and futures of nonprofit, education, and/or religious organizations.

Grace and Wendroff outline four major principles of such high-impact altruism that, I would suggest, philanthropic matchmakers integrate into their respective models of transformational fundraising: (1) Issues, (2) Involvement, (3) Investment, and (4) Impact.

Issues – The solicitation of transformational assets requires the ability to “matchmake” potential donors with mission-based transformational ideals, values, and aspirations. Transformational donors are rarely interested in supporting operating budgets and incremental improvements. Worthy, though they may be, processes, projects and programs that merely increase capacity rarely attract transformational gifts. What is needed to motivate transformational giving is the vision and drive to replace the outmoded and ineffective with the courageous, creative. and entrepreneurial.

If a philanthropic agency, school, and/or faith-based organization wants to attract transformational donors, they must strive to develop inspirational narratives (case statements) that focus on aspirational goals, ideals, and values that positively advance their mission. The first characteristic of an effective transformational matchmaking model should, therefore, focus on a nonprofit’s ontological identity, and the primary purpose of its existence, which are often eclipsed by more immediate logistical demands.

Unlike their less-strategic counterparts, research indicates that transformational donors are less inclined to provide resources for “general” institutional needs but are interested in investing in, what the organizational scholar and author James Collins refers to as the power of a nonprofit’s BHAGs (Big Hairy Audacious Goals). They are interested in funding change not charity . . . high-impact enterprises not organizational infrastructures. Like Collins, leadership guru, Peter Drucker, also suggests that people “no longer give to charity but buy into goals that provide big results.” Nonprofit leaders and development officers would, consequently, be well served to shift their thinking and emphasize the courageous envisioning of bold entrepreneurial goals that creatively advance the philanthropic mission and values of their respective institutions.

According to the How Donors Choose Charities Report (2010), a study conducted by the Centre for Charitable Giving and Philanthropy at the University of Kent, “people do not give to the most urgent needs, but rather they support causes that mean something to them.”  The study cites four criteria that influence such donor decision making:

Like the Kent University Study, the Nonprofit Fundraising Survey (2011) conducted by the Nonprofit Research Collaborative, also concludes that the single most important factor influencing donors who contributed $100,000 to $1 million, is “alignment with an organization’s mission.” More than fifty percent (50%) of donors cited a “personal relationship to an organization or cause” as the most important factor in choosing to support it. Additional research supports the aforementioned conclusion that effective fundraising is the result of cultivating authentic relationships and not about the acquisition of resources. Transformational matchmakers must reinforce these important findings by affirming and giving potential donors an opportunity to support a good cause by matching the right person to the right aspirations.

Involvement – Donor involvement is the second component of an effective matchmaking model of transformational philanthropy. Engagement is a critical aspect of building and sustaining a culture of transformation within a nonprofit organization.  Increasingly, individual donors, families, foundations, and businesses understand that philanthropy consists of much more than the transactional act of writing a check or clicking an online donation button. Today, philanthropy is seen as a strategic and intentional investment that can be transformational for the nonprofit, society, and the donor.

The Donor Engagement Study (2015) conducted by Abila, the leading provider of software and services to nonprofits and associations, explored the following important questions with 1,263 donors and 206 nonprofit professionals:

Engagement Study data indicates that donors want the organizations they support to “execute well on the fundamentals.” They want the philanthropic agencies, schools, and faith-based organizations they support to “better understand them as individuals, their specific interests, communication preferences, and the time and way they prefer to give.” More importantly, donors want their contributions to “be used wisely and show that their contributions make a difference.” They want to “feel involved by regularly hearing personal stories, getting updates on accomplishments, and being thanked.”

According to the survey, while older donors feel “most engaged” with an organization in the act of making a financial contribution, Millennials preferred “engagement through volunteering,” rather than “merely writing a check.” More than fifty percent (50%) of respondents cite “reputation and trust” as the top factors in choosing an organization to support. Finally, the “need for transparency” was also cited as a critical characteristic enabling donors to “understand where and how their contributions and talents are being utilized.”

Like the Nonprofit Research Collaborative, the conclusions of Abila’s Donor Engagement Studyunderscore the principle that transformational gifts are often more impactful on the donor than on the institution.  By emphasizing a cultivation process of authentic care and personalization, donors can transition to becoming partners who are intimately invested in the philanthropic success of the organization. In fact, when implemented correctly, the stewardship of transformational matchmaking can help a donor make a life-changing gift that not only addresses an institutional aspiration, but actually transforms a donor’s life.

The two elements of transformational philanthropy described above can be employed to successfully match donors with nonprofit agencies that closely align with their personal values and aspirations. The stewardship of such a fundraising model, however, will require: (a) a new degree of scrutiny and mission-based testing of the case for support, (b) the nurturing of an organization-wide culture of fundraising, and (c) the hiring of professional development officers who are well versed in transformational philosophy. The subsequent royal partnership of such matchmaking has the potential of helping both “to go forth and multiply . . . in the most positive sense,” transforming an organization’s capacity, sustainability, and philanthropic impact.

(Part 2 will examine the transformational fundraising components of Investment and Impact.)