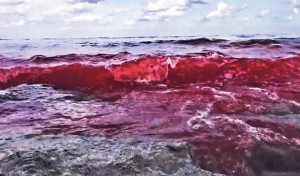 The aftermath of the beheading of 21 Egyptian Coptic Christians.

By Rupert Shortt*, The Independent

The beheading of 21 Coptic Christians in Libya by forces sympathetic to Islamic State over recent days is sadly not an isolated case. On the contrary, it is the latest of countless outrages perpetrated against Christians in or near the Church’s Biblical heartlands over many years.

The latest victims were migrant workers from Upper Egypt. The announcement by the authorities in Cairo of retaliatory bombing raids on terrorist training camps in Libya should not blind us to an inconvenient truth – that more than 600,000 Christians have left Egypt over the past 30 years under both Islamist and supposedly secular regimes. Many got out because their homes or churches or businesses had been firebombed.

Before travelling to Egypt to research my book Christianophobia, I interviewed immigrant Copts in Britain whose stories formed a pattern. One, a senior GP, explained how no Christian medical student at his university in Asyut, Upper Egypt, had been placed in the “Good”, “Very Good” or “Excellent” classes in their final exams. The injustice convinced him that he would never prosper in his own country, especially with the rise during the 1970s of the militant Gama Islamiya, whose members dominated some campuses. “They started attacking Christian students,” he told me, “barging into our rooms and tearing down pictures of the Virgin Mary and other religious materials. A fight ensued. I and other Christians were expelled from university accommodation, but the Muslims who caused trouble were allowed to remain.” My interviewee was fortunate in some respects. Other Christian students in the region were murdered.

This story reflects a broader reality: that acute hostility to Christians in the Middle East long predates the invasion of Iraq. After the assassination attempt on Nasser in 1954, many fundamentalists were rounded up and sent to prison. Egypt’s next leader, Anwar Sadat, faced with heavy challenges from the Left, indulged the Islamists and let many in from Saudi Arabia. He also called Egypt a Muslim country, even though 15 to 20 per cent of the population was then Christian. According to the charity Aid to the Church in Need, that figure has now fallen to around 5 per cent – still 4.2 million people – as a result of Christians leaving Egypt.

Many of those Islamists in Egypt who came from (or returned from) Saudi Arabia were converts to Wahhabism, the very hardline brand of Islam that has evolved on the peninsula over the past two centuries. A grim irony of the Charlie Hebdo murders and recent violence in Copenhagen is that Arab Christians endure far more vehement insults at the hands of Wahhabists than do Muslims from secular satirists in the West. This point is largely lost on the European media, but the hypocrisy is not ignored by Egyptian writers such as Alaa al-Aswany, author of the bestselling novel The Yacoubian Building. Commenting on the drip-feed of anti-Christian poison on Wahhabist websites, he quotes from one called Guardians of the Faith: “Being a Muslim girl whose role models are the wives of the Prophet, who were required to wear the hijab, is better than being a Christian girl, whose role models are whores,” says one post. “Being a Muslim who fights to defend his honour and his faith is better than being a Christian who steals, rapes, and kills children,” says another.

Just as the background to the Holocaust included centuries of Christian anti-Semitism, it is easy to see how poison such as this is fuelling the steady eradication of Christians from other countries including Iraq. In 1990, there were between 1.2 and 1.4 million Christians there. Today, about 260,000 remain.

In the Iraqi city of Mosul, an exodus of Christians has occurred over the past year after Christian homes were marked with an “N” standing for “Naserenes”. Shortly after the Prince of Wales arrived in Jordan during his tour of the Middle East two weeks ago, he was introduced to a group of Iraqi Christian refugees. One told the Prince that they had been homeless for six months and didn’t want to return, “because it is impossible to live with the people who destroyed our homes and destroyed our church. . . When Da’ish [Islamic State] came . . . they deprived us of everything”.

It goes without saying that a huge proportion of Muslims in the region bear no ill will towards their Christian fellow citizens. Blood is being spilt by fanatics who hold that the more martial sections of the Koran apply to all situations, rather than – as mainstream interpretation would have it – to a particular historical moment when Muhammad’s earliest followers were in mortal danger. But although the culprits are a minority, discrimination against Christians and other minorities – as opposed to overt persecution – in Muslim-majority countries forms a further layer of injustice largely unacknowledged either by those societies themselves, or by Western governments frightened of ruffling feathers.

Turkey, notionally a beacon of prosperity and relatively liberal values in the Islamic world, is a particular offender. Every Turkish citizen must state their religious allegiance on their identity card. The word “Christian” will mean that the bearer is excluded from many forms of public service. Christian schools and other establishments are tightly controlled.

Turkey, the modern successor to the Ottoman Empire, is also important because it casts a sidelight on the political dimension of a problem often lazily blamed on “religion” alone. The anti-Ottoman rebellions by subject peoples – above all the Greeks in the 1820s and the Bulgarians half a century later – left a deep scar on Ottoman consciousness that remains a part of modern Turkey. The rebellions embedded two attitudes: a suspicion of non-Turks, and a belief that if you are Turkish, this automatically means that you are a Muslim. In Turkey, religion and ethnic identity became closely joined.

This point offers a key to the hounding of Christians in Turkey today – especially the persecution of converts with a Muslim background. Hardline readings of the Koran are interlaced with a nationalistic mentality that was born out of the collapse of the Ottoman Empire, and which holds conversion to Christianity or Judaism to be synonymous with treason.

Sometimes, nationalistic forces have religious consequences. There were population exchanges between Greek Orthodox Christians in Turkey, and Muslims in Greece in 1923 and again in the 1930s. During the Second World War, taxes on Christians in Turkey were raised; those who could not pay were sent to labour camps. With the worsening of relations between Turkey and Greece over Cyprus in the 1950s and 1960s, a further exodus of Greeks took place. The demographic evidence now speaks for itself. Christians formed 13 per cent of the Turkish population a century ago, but now only number about a fifth of 1 per cent – that is, around 150,000 out of a population of 72 million. The implications of these melancholy statistics are plain: Turkey, the Muslim country with the most modern and secular state in the Middle East, has become less diverse and less tolerant.

Historically Christian societies had a far-from spotless record on religious tolerance before the Second World War, but the horror of the Holocaust jolted many to become more tolerant and more self-critical.

In the light of the horrors now being committed against Christians, Muslim-majority countries should jettison their triumphalist baggage and permit freedom of belief, including the freedom to convert from, as well as to, Islam. And European leaders, so often tongue-tied by a self-lacerating fear of giving offence, should not hold back from drawing attention to the glaring double standard that is applied to Christians in many parts of the Middle East.

* Rupert Shortt’s book ‘Christianophobia: A Faith Under Atttack’ is published by Rider.