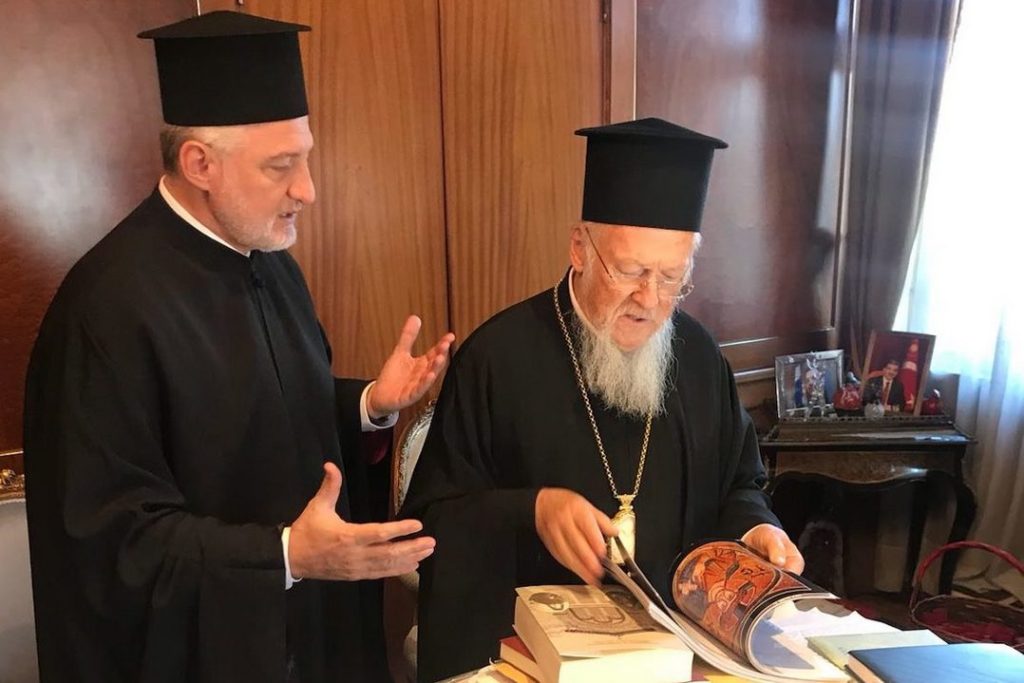 Like many in our community, I have been following the demise of the institution of the Greek Orthodox Archdiocese of America with great pain, not to mention the dismal state of affairs with St. Nicholas National Shrine at Ground Zero and the decaying condition of the Seminary in Brookline.

These logistic and administrative failures clearly are the fault of Archbishop Demetrios. In Greek we say that “the fish smells from the head” and if the types of things that happened in our Church had happened in corporate America, Demetrios would have been fired a long time ago.

But there are others to blame, as well, including his cadre of administrators at East 79th Street who either went along with his ill-conceived vision, or took advantage of an elderly, pious, faithful hierarch who spent more time liturgizing and praying, than making sure budgets were met.

Others guilty were his “yes men” and enablers on the Archdiocese Council who merely rubber-stamped whatever Demetrios asked.

Finally, the entire synod of Metropolitans of the United States – each and every one of them, who attended meeting after meeting when things began imploding at Ground Zero, or in Brookline, or on East 79th Street – and not a single one of them raised their hand to question, to ask – yes, to defy their Archbishop.

Their indifference and ineffectiveness — given that they were the next line of “protection” of this Archdiocese against Demetrios and his cadre in New York City, places a lot of the blame on them, as well.

The little voice inside my head is now telling me – enough with the blame game. Let Archbishop Demetrios retire in peace and let’s just move on. That’s the voice of my heart speaking.

But the voice of logic inside me keeps resisting.

What about the federal and New York state attorney general investigations of the misuse of funds? What about the multi-million dollar mortgage that Demetrios signed against the property at East 79th Street that my immigrant parents and yours helped build and maintain with their annual dues to their hometown churches and their endless hours of volunteer work at their local festivals?

What about the Seminary and countless reports of the school potentially losing its accreditation? As chairman of the board, the Archbishop was clearly responsible here, as well, for allowing this sacred and important institution which has trained generations of priests in the United States [to be in danger of]closing its doors.

We must continue studying these matters and peeling away the complicated layers that allowed this sorry state of affairs in the American Church to compound — to this day, when the Ecumenical Patriarchate of Constantinople has elected a new Archbishop.

It’s fitting and appropriate that his name means “bearer of hope” and that Ecumenical Patriarch Bartholomew himself was directly involved in his election. Bartholomew knew what America needed at this particular moment and decided to send hope. 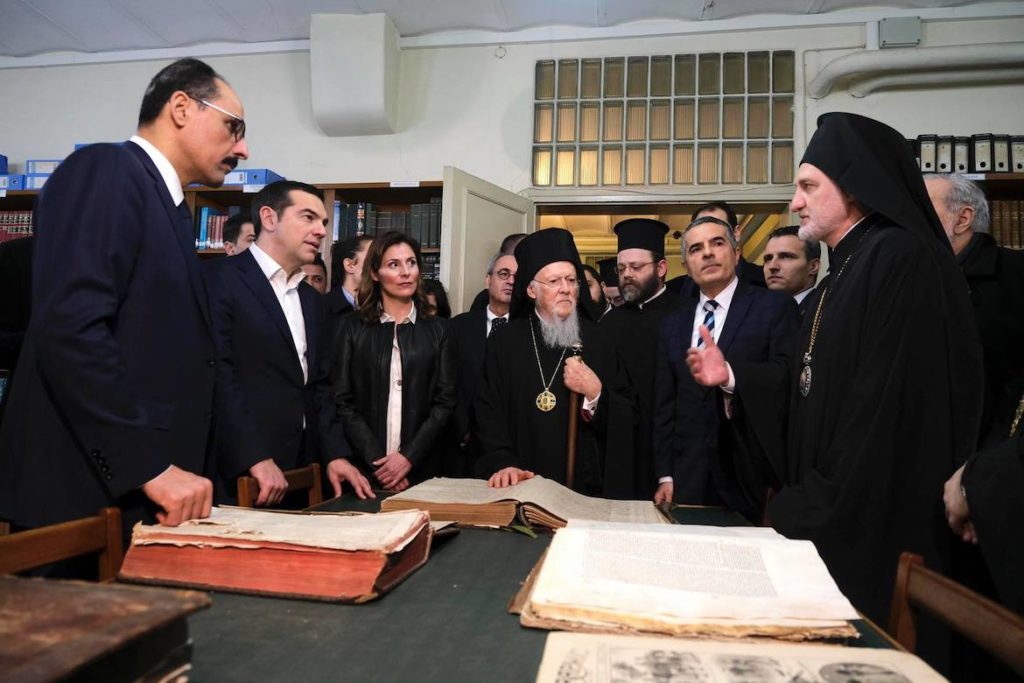 Ecumenical Patriarch Bartholomew and Greek Prime Minister Tsipras listen to Metropolitan Elpidophoros, who served as Abbot of the Halki Holy Trinity Patriarchal and Stavropeghial Monastery, explain about the digitization process of over 100,000 books

It is my own personal opinion that Elpidophoros is exactly WHO we need, and WHAT we need in a hierarch – both in the literal meaning, as well as figuratively.

In my various dealings with the national Church, during my service on the Archdiocese Council as well as various projects I have undertaken on behalf of the Ecumenical Patriarchate, I have met and spoken to Metropolitan Elpidophoros on numerous occasions and have been impressed with his extensive knowledge of American, as well as global affairs, his administrative skills and ability to organize and plan, as well as his deep faith and love for the Orthodox Church and its position in society, not to mention his fluidity in the English language.

He’s modern and contemporary, while at the same time, a defender of ancient traditions.

Most importantly and perhaps the single most important trait that I have observed in Elpidophoros – he listens intently to others and loves learning from them and hearing different perspectives.

While learning from the past — especially the mistakes, let us look forward with hope, elpida — ever moving onward.