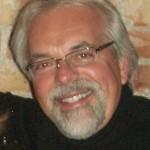 Between stimulus and response there is a space. The space to choose the power of our response. In our attitude lies our growth and our freedom. Viktor E. Frankl

While visiting his grandfather’s farm a young boy was charmed by the lively activity of the chickens. “For such a small number,” he thought, “they sure make a great deal of noise and commotion.” The young boy decided, “they ain’t got it.” Turning away, he walked over to the corral and observed his grandfather’s stout galloping horse. “He ain’t got it either,” the boy sadly exclaimed, “none of the farm animals do!” But just as the youngster was slowly turning towards the ranch house, he spotted an old donkey in the barn. When he saw the mule’s long, frowning face, bleary eyes, and its lethargic manner, he shouted for his grandfather. “I found it, I found it!” he cried. “Grandpa, I finally found an animal that has the same religion that you have!”

Attitude is a most powerful stimulus. That is, if it expresses the core of an enthusiastic inner disposition. When launched from the harbor of fervent spiritual faith, attitude can enhance confidence, increase productivity, and generate valued transformation. More than any other economic bailout or political policy a God-inspired attitude is the stimulus that our nation desires and deserves! In the words of Viktor Frankl, attitude determines “growth and freedom!”

We find ourselves in the midst of frightening times when attitudes to financial institutions, banks and government are at all-time lows. Nations like Greece are teetering on the precipice of economic insolvency – compounded by competing political visions. Others recoil from the impacts of religious fanaticism and/or commercial corruption. Rather than lethargically frown with bleary eyes in the safety of our respective religious barns, Christians yearn for religious leaders with vigorous spiritual attitudes! Humanity requires leaders of all stripes who are willing to courageously advocate the importance of spiritual stimuli – strategies that are rooted in a humble and faithful return to God-inspired values, principles, and ideals!

Tragically, many discount such faith-leaning economies, choosing to anxiously seek rescue through artificial financial or politically based stimuli. The Economic Stimulus Act of 2008, for example, distributed nearly $160 billion in tax rebates and increased mortgage loan limits. The Housing and Economic Recovery Act of 2008 guaranteed up to $300 billion in new mortgages. The Emergency Economic Stabilization Act of 2008 authorized the Treasury Secretary to spend $700 billion on the banking system. Finally, the American Recovery and Reinvestment Act was signed into law in2009 and provided $800 billion of economic stimulus. In the end, these and other strategies did not provide the promised economic incitement, leaving the national debt increasing by $3.91 billion per day to nearly $16 trillion!

By definition, a stimulus is an influence that creates a detectable change in an internal or external environment. When properly applied, a stimulus will elicit or influence a reflex, change, or movement. However, instead of hastily placing our faith in economic stimulus packages, tax-breaks, bailouts, and provisional shovel-ready jobs, our confidence might be more effectively amplified by simultaneously developing a spiritual attitude of dependence on God!

Church leaders should do their best to dauntlessly advance well-developed spiritual strategies that promise stimuli for lifting ourselves out of the barnyards of our current societal and economic doldrums. Unfortunately, little, if any, serious attention has been given to properly responding to the regretful condition of our nation’s most vital currency – the fitness of its faith.

An honest assessment of our nation’s spiritual currency reveals menacing symptoms of religious status quo, lethargy and Church decline. While $500 billion dollars has been spent on ministry in the United States in the last 15 years, survey data regrettably indicate no appreciable growth in the impact of the church on society. During the last 10 years the combined membership of all Protestant denominations has decreased 9.5% while the national population has increased 11.4%. Every month as many as 2,700 churches in the Unites States alone hold their last service, and close their doors. Finally, and most troubling, statistics indicate that those who classify themselves as irreligious have more than doubled in the last decade!

The US currency declares trust in a Divinity. Guaranteed by an act of Congress in 1864, made mandatory in 1955, and re-endorsed in 2008, our national motto, “In God We Trust,” is currently inscribed on all coins and dollar bills. The phrase first appeared on U.S. coins during the Civil War and is credited to Francis Scott Key. What is not so widely known is that on Tuesday, November 1, 2011, the US House of Representatives spent 35 minutes debating whether the motto should be reaffirmed!

Fortunately, the convalescence of our nation’s spiritual currency is not a matter of human reason, opinion, or congressional vote. Treasuries cannot print more of it. Nor can one borrow against the future to secure it today. The vital elements of an efficacious spiritual stimulus package must be gleaned from the directives of Holy Scripture and the wise experience of the Holy Fathers who repeatedly advocate the nurture of trust and other God-dependent attitudes. If a nation is willing to “call upon the name of God,” insists the Old Testament Book of Chronicles, to “humble themselves,” “turn from wicked ways,” “pray” and “seek God’s face,” then, “sin will be forgiven” and God will “heal their land” (2 Chronicles 7:14). The message is clear! Rather than rely and increase dysfunctional economic dependency, God requires nations and their citizens to willingly center their attitudes on Him!

In the end, it should be underscored, that a “let-go-let God” laissez-faire spiritual attitude must not be naïvely advocated. On the contrary, leaders of government, business, and faith-based entities should strive to exemplify robust economic, political and intellectual postures that simultaneously advance the optimism embedded in a contagious spiritual attitude.

As the introductory anecdote humorously illustrates, the next generation is well aware of the spiritual attitude of their paternal examples. They are, indeed, watching and assessing the zeal of our religious posture. What is needed is an attitude that authentically acknowledges humanity’s most innermost yearnings for spiritual direction, purpose and ultimate meaning! Without such essential bearings, even the noblest aspirations can find themselves robbed of their potential for growth and freedom – confined to the dingy barns of lethargic attitudes!