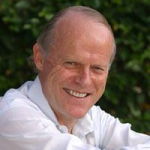 On October 2011, when the so-called Arab Spring took a dark turn in Cairo, Egypt, the social media and smartphone technologies that had aided protesters in their fight for freedom captured new and dangerous developments. On video-hosting websites such as YouTube, one can see footage of the Muslim mobs that began throwing rocks at Coptic Christians on October 8. These young Copts had been protesting the burning of a Coptic church in Aswan and the failure of the Egyptian authorities to respond satisfactorily. Frustrated with the traditional Coptic adoption of a dhimmi (subordinate religion) status toward Egypt’s Muslim majority, the young Copts defiantly left Coptic sections of Cairo to march through Muslim neighborhoods. After the first rocks were thrown, the army came in to suppress the demonstration and ran down protesters with large military vehicles. Twenty-five Copts were killed, making this the largest mass killing of Christians that Egypt had seen in many years.

But this incident is about more than the Arab Spring turning into an antidemocratic winter. It is an example of the worldwide plague—growing in frequency and brutality—of the persecution of Christians. A Pew Forum study in 2011 estimated that Christians are persecuted, either by government or hostile social forces, in an incredible 131 of the world’s 193 countries, and they constitute 70 percent of the world’s population. The World Evangelical Alliance believes that 200 million Christians are being singled out for persecution at any one time. At a 2011 Organization for Security and Co-operation in Europe (OSCE) conference in Lithuania on the topic of Christian persecution, one delegate estimated that approximately 105,000 Christians lose their lives every year for their faith—a figure that translates into approximately one Christian killed every five minutes.

David Aikman is writer-in-residence and professor of history at Patrick Henry College. He worked for 23 years as a foreign correspondent for Time and was bureau chief in Beijing, Jerusalem, and Berlin. He is the author of 11 books, including the forthcoming novel Kidnapped in Gaza.