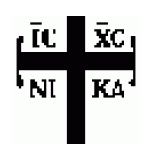 Source: Society for Orthodox Christian History in the Americas | By Matthew Namee

On December 30, we published an article by Daniel Silliman on the search for a narrative for Orthodoxy in America. As Daniel observed, mainstream religious scholars have paid precious little attention to Orthodoxy, and even we Orthodox haven’t done much to flesh out the narratives that shape our history.

I’ve done a fair bit of thinking over the years about overarching historical narratives. While I tend to prefer individual stories, I realize that those stories acquire much of their meaning as part of a broader narrative. And, as I believe I’ve said elsewhere, if American Orthodoxy could be summed up in one word, that word is encounter. Encounter between Orthodoxy and the West; encounter between long-isolated Orthodox ethnic groups; and encounter between the Eastern and Oriental Orthodox.

At the top, there have always been encounters. What makes American Orthodoxy unique is that, for the first time, regular laypeople from all the different Orthodox countries were thrown together in the same place. And what they discovered, back at the turn of the last century, was that they were not so very different from one another. That sentence may seem a bit odd in light of what happened afterwards — the ethnic fragmentation of American Orthodoxy. But in the beginning, there weren’t enough of any one ethnic group to justify forming a separate ethnic church. The Orthodox in America had to work together, to band together to preserve their faith in a foreign land. The seeds of fragmentation were present from the beginning, but so too were the seeds of unity. Ultimately, all of American Orthodox history seems, in my interpretation, to be converging on a point — a point which probably will never be fully realized. And that point is our unity as neither Russian nor Greek, Serb nor Arab, but one Church of Jesus Christ. In America, more than any other place or time in history, we are in a position to live out that unity. We’re all under the same roof, here. And resist it though we may, in the end, we will either come together in diverse unity, or we will marginalize ourselves and become a mere cultural museum piece.