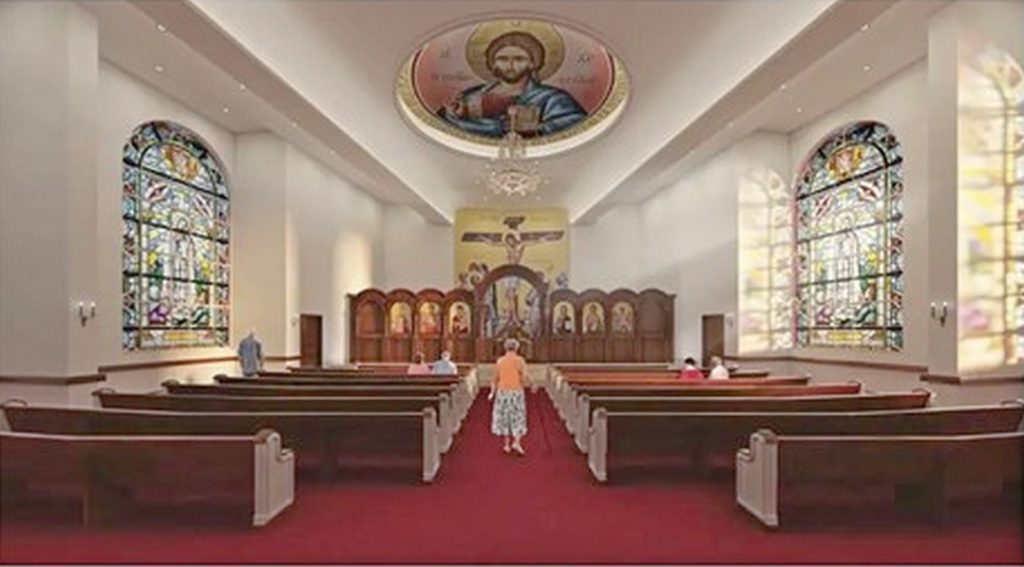 The $15 million donation made by the Stavros Niarchos Foundation (SNF) to the St. Michael’s Home for the Aged that is under construction on Long Island in Uniondale, NY can only be described as transformational for our community. The Home is named in honor of the late Archbishop Michael of North and South America, who served from 1949 until his death in 1958.

Thus, with this large amount – but also with the other amounts given by other members of the Community, including the $10 million donated by the businessman Efstathios Valiotis – our community acquires a home for the elderly equal to, if not better than, the best in our region, in a beautiful and quiet suburb of New York… as appropriate…

In the interview given by SNF Co-President Andreas Dracopoulos to The National Herald, he spoke with love, with sensitivity, and rare penetration into the lives and needs of the two most vulnerable segments of society, the young and the elderly.

Reflecting the deep philosophical and Christian concepts and hopes expressed over the centuries for the beginning and end of our lives – during the Divine Liturgy we hear prayers “for a Christian ending to our life, painless, blameless, peaceful…” – Andreas Dracopoulos puts his philosophy into practice in the Homeland, and in the Hellenic Diaspora as well.

And it is the first time that in our Community, it is the mass of humble Greek-American men and women – not, for example, a parish – that is the focus of the generosity of a benefactor to such a degree.

Andreas Dracopoulos had previously tried to put this philosophy into practice in our Community for the benefit of our children, promising a huge – as a start – donation of $25 million to the School of St. Demetrios Cathedral in Astoria, which, as unbelievable as it sounds, did not happen due to the petty politics and personal agendas of various Community actors. This is one of the biggest mistakes ever made, which has deprived the Greek community of the opportunity to acquire a leading educational center in the ‘heart’ of Hellenism in America, Astoria.

With respect to St. Michael’s, warm congratulations are also due the leadership of the nursing home, to Bishop Antonios of Phasiane, Haeda Mihaltses, and a number of volunteers who support them and who with their exemplary work have won the trust of the SNF.

I think the need for one or even more such homes for the elderly in New York and other cities is more than obvious. Our population is aging. Economic and social problems are growing. If any one needs to stay in a nursing home, for any reason, it would be a gift from God for him/her to be able to reside in an institution that provides a Greek environment, including an Orthodox chapel.

The establishment of a home for the elderly is a sign of honor and respect for the ‘veterans’ of life – for those who fought the good fight for life and Hellenism, and who at an advanced age seek a friendly, humane environment that is as Greek as possible to live in for the remainder of their lives.

Along with so many other transformational SNF donations in Greece and elsewhere, I consider this donation one of the noblest, which reveals once again the humanity, sensitivity, principles, values and wisdom of Andreas Dracopoulos and the Stavros Niarchos Foundation.

The Greek-American community is grateful to them.