By. Rev. Dr. Theodore Stylianopoulos – Special to The National Herald 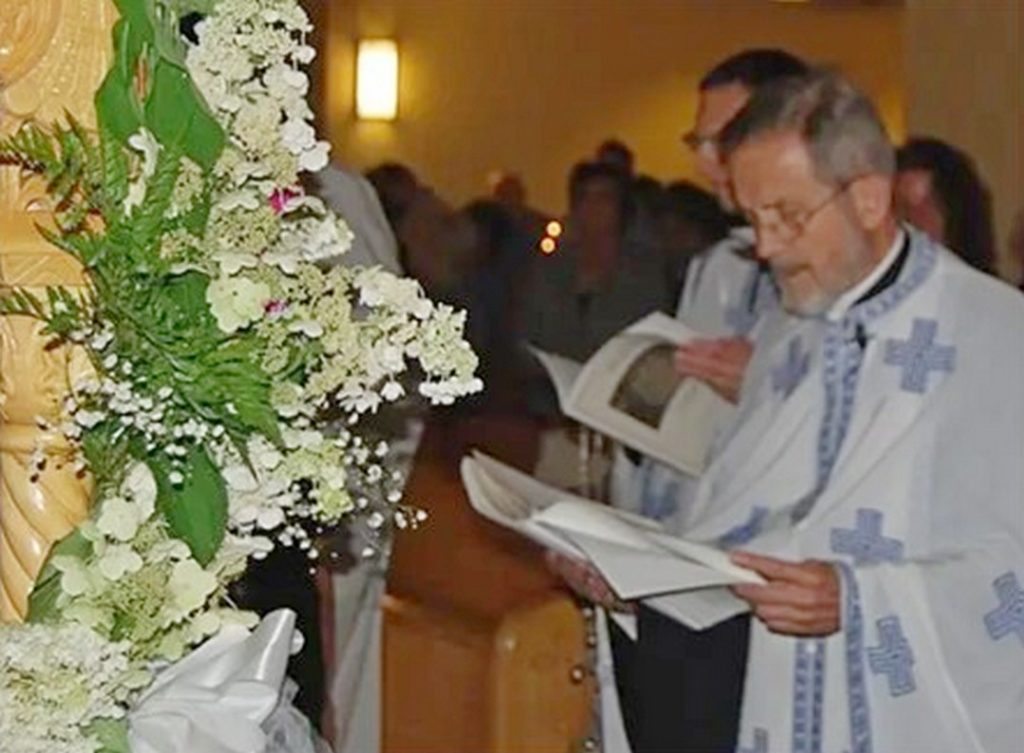 “Make America great!” This is a familiar slogan in our nation. In other parts of the world people shout: “Make China great!” “Make India great!” “Make Iran great!” All the great empires of history, the Persian, the Greek, the Roman, the British, have flourished and perished by aggression and war.

In recent decades the passion for greatness has dominated the minds of many leaders in America, Russia, the European Union and the military alliance known as NATO. A few voices of historians and political scientists warned that the competing interests of these entities might end in conflict and disaster. These voices have been bypassed or ignored. The consequence is the present tragedy in Ukraine where the furor of war has unleashed unbearable evils and unspeakable atrocities upon ordinary men, women, and children.

How can there be justice and peace in the world when so many people want their own country to be the strongest and to be dominant over others in wealth and military might?

Can political leaders negotiate the competing interests of the nuclear powers in the world, China, India, Pakistan, North Korea, Israel, Russia, America, and the European Union, in order to avoid more terrible wars and worse calamities in the future? Why is it that world leaders so easily forget the lessons of history? Why is it that so many of us forget the first story of humanity in the book of Genesis? Adam and Eve wanted to be ‘great’. The serpent whispered that they could be as great as God, perhaps even greater. They took the bait, disobeyed God’s commandment, and the story of their fall from grace, the story of blind self-assertion and ruin, marks the tragic narrative of humanity ever since.

On the fifth Sunday of Lent the biblical readings present a radically different vision of greatness. They challenge us to understand greatness in the light of our Christian faith. The Epistle reading (Heb. 9:11-14) lifts up the example of Christ’s self-sacrifice on the Cross. True greatness is to be found not in the pursuit of power and precedence, but instead in the way of humility and self-giving for the benefit of others.

Christ is our High Priest. He offered as sacrifice not “the blood of goats and calves,” but His own precious blood for our salvation. In the Bible blood signifies the power of life. When blood is shed, life is poured out and dies. Christ shed His own sacred blood, that is, His very life, to secure “eternal redemption” (lytrôsis) for all humanity.

What is eternal redemption? It is God’s eternal gift of salvation as a double blessing. It is the abiding rescue from the powers of evil, sin, death, and corruption, and it is the blessed freedom to live the life of grace.

Christ came into the world to testify to God’s truth and righteousness. His testimony raised fierce opposition to Him. He responded not with aggression and violence but with truth, goodness, love, and forgiveness. He humbly paid the price (‘lytron’) for eternal redemption through the sacrifice on the Cross once-for-all and on behalf of all. This is the mystery of our salvation which we proclaim through the gospel, and celebrate in worship. This is the way marked out by Christ’s life, working for reconciliation, justice, and peace among all of God’s people. This is the way of God’s will, the way of grace and truth, the way of humility and self-giving. This is the way of true greatness which ought to be interwoven into all of our human aspirations and efforts toward viable justice and peace in the world.

Today’s Gospel reading (Mark 10:32-45) highlights greatness as well. In a dialog between Jesus and the disciples, the Lord intended to prepare the disciples for the end of His ministry on earth. He spoke to them about the final events in Jerusalem – His arrest, suffering, death, and resurrection. But the disciples’ understanding, clouded by selfish dreams of human glory, turned even their minds to ideas of power and status. Like many Jews in those days, they hoped for the coming of God’s kingdom in terms of worldly power and glory. The Messiah was expected to act as a military leader who would crush the Roman masters and make the Jewish nation great above all others. Eager to enjoy places of honor next to the Messiah, James and John, the two disciples who were also brothers, asked Jesus: “Grant us to sit, one at your right hand and one at your left, in your glory!”

But when the other disciples got wind of this move, they became indignant at James and John because they too were eager to compete for places of rank and power. On an earlier occasion Jesus had discovered that the disciples had talked among themselves about “who was the greatest” (Mark 9:34)! And now, when James and John made their selfish move, the rest were ready to fight for their own rights. Why should they miss out on power and honor? Why should only James and John gain advantage and superiority? When some individuals claim special rights, others are provoked to do the same. In the clash of egos peace and unity are lost.

The contrast between Christ and the disciples could not be sharper. Christ was thinking about self-giving, courageous faith, self-sacrifice on the Cross, and not about attaining personal power and glory. Christ was contemplating the prospect of horrible death by crucifixion, not tokens of worldly rank. He patiently called the disciples together for a supreme moment of truth about true greatness. He said to them: “You know that those who are supposed to rule over the Gentiles lord it over them, and their great men exercise authority over them. But it shall not be so among you. Whoever would be great among you must be your servant, and whoever would be first among you must be slave of all.”

Christ’s words express a core aspect of His entire ministry, and he added, “for the Son of Man came not to be served but to serve, and to give His life as a ransom (‘lytron’) for many.” In Aramaic, which was the spoken language of Jews at the time of Jesus, the expression “for many” was understood to mean “for all.” Christ offered Himself not just for many but for all people and all things in the entire world.

What is true greatness? Recall the example of that young woman from Nazareth, the Virgin Mary. When Mary heard the Angel’s good news that she was to conceive and give birth to the Son of God, she was perplexed and fearful. But she humbly obeyed God’s message saying to the Angel: “Behold I am the handmaid of the Lord; let it be done according to your word” (Luke 1;38).

And recall the Parable of the Publican and the Pharisee. Both men went to the Temple to offer prayers. The text does not dispute that both, respectively, spoke the truth about themselves in their prayers. But their attitudes were diametrical opposites. The pride of the Pharisee emptied his prayers of significance before God. The humility of the Publican made his prayers precious in the eyes of God (Luke 18:9-14).

And the example of St. Paul. A controversy over the Mosaic Law had broken out among the early Christians. The controversy threatened to divide the early Church into two, a Jewish Church and a Gentile Church. St. Paul was the leader of the Christian Gentiles. What did he do? St. Paul went up to Jerusalem and submitted his gospel for assessment by the Apostolic Council for the sake of the unity of the Church (Gal. 2:1-10; Acts 15:1-21). Thanks be to God a crucial agreement was reached and the Church remained united and strong.

What is true greatness? True greatness is selfless love and humble service on behalf of others. True greatness is human dignity and respectful treatment of all people, sinners and righteous alike, who are equally loved by God. True greatness is striving for justice and peace through reliance on truthfulness and persuasion rather than on aggression and violence. Jesus warned: “All who take the sword will perish by the sword” (Mat 26:52). True greatness is the courage to strive for understanding, to pursue reconciliation, to seek peace, to celebrate the hope of unity and harmony among all people on earth.