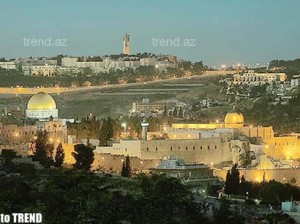 Turkey has strongly condemned the vandalism of the Romanian church in Jerusalem, the latest in a spate of attacks on Christian sites in Jerusalem, a holy place for three religions Today`s Zaman reported.

Turkish Foreign Ministry said in a statement that Turkey is closely monitoring increasing attacks of Israeli extremists against sacred sites of Muslims and Christians.

Vandals damaged the door of St. George Romanian Orthodox church and tossed garbage at its entrance. A tiny fringe group of pro-settler extremists are suspected in the vandalism. They have conducted similar attacks on churches, mosques and Israeli army property.

The statement said Turkey strongly condemns any attack against sacred sites belonging to any religion or belief.

The statement also noted that Turkey has called on Israeli authorities to take effective measures to prevent repetition of such attacks, which are irreconcilable with religious tolerance, and to bring those responsible to justice.