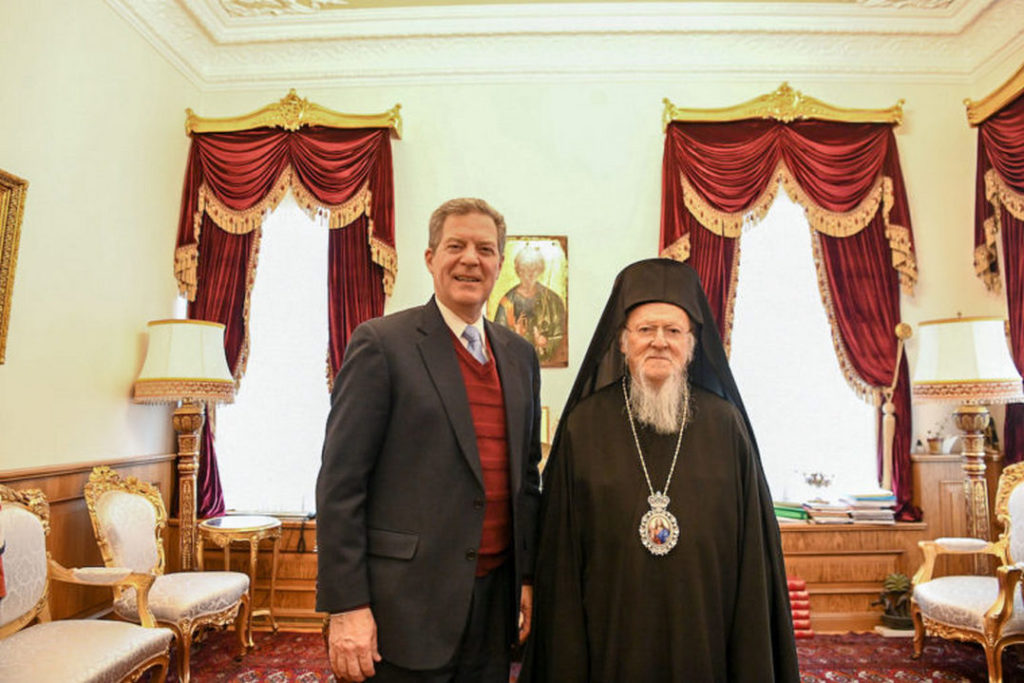 Ambassador Sam Brownback, who had visited earlier the Holy Trinity Monastery, which houses the historic Theological School of Halki discussed with the Ecumenical Patriarch issues regarding the ministry of the Mother Church of Constantinople, both locally and internationally, the Greek Diaspora, and the status of Christians in Turkey.

The Ecumenical Patriarch, in turn, made reference to his future visit to the United States this coming May and his planned meeting with President Donald J. Trump in Washington.

Present at the meeting was the U.S. Consul General in Constantinople, Daria Darnell, together with the associates of the ambassador and the Consulate General. On behalf of the Ecumenical Patriarchate were in attendance Metropolitan Maximos of Silyvria, Patriarchal Deacon Iakovos, and Konstantinos Delikonstantis, Archon Didaskalos tou Genous, Director of the First Patriarchal Office.Cons