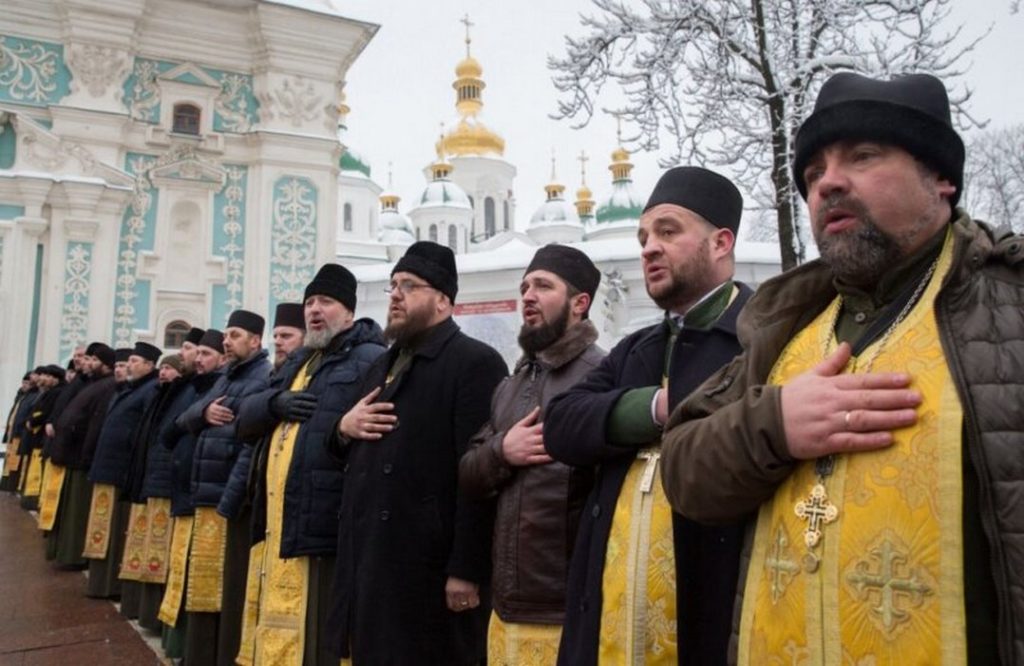 “We, Ukrainians, are well aware of the price of independence – or rather, its pricelessness – and therefore treat it with special reverence,” said Metropolitan Epiphanius, elected head of the Ukrainian Orthodox Church in a social media message on Dec. 15.

Kyiv’s ancient and beautiful Saint Sophia’s Cathedral hosted the signing of the agreement between the churches to unite on Dec. 15, 2018. This led to the confirmation of independence of the Ukrainian Orthodox Church by Bartholomew, Ecumenical Orthodox Patriarch of Constantinople.

On that day millions of Ukrainians rejoiced at the ancient identity of Ukrainian spirituality being unified in one solid identity.

“The Orthodox Church of Ukraine exists only in and thanks to the unity of the clergy and the faithful,“ said the Metropolitan.

He went on to outline the struggles of the Ukrainian people and reminded that the Church is always with the people in times of struggle for independence, in the trenches of war, in times of exile and in times of suffering. He was referring to the Soviet and Russian crackdowns on the right of freedom of religion, and the punishment, exile and sometimes death penalty for believing in God in certain Soviet periods when prayer, culture and religious traditions and faiths were forbidden.

“It was our unity and faith that helped the Ukrainian Church to assert itself against the encroachments and interferences of those who were troubled by our independence – the independence gained through centuries of struggle and exile, the independence won through suffering – and therefore especially valuable.”

He reflected that “the Ukrainian people are well acquainted with all the difficulties of the liberation struggle and the establishment of independence. Prolonged stay “under oppression,” physical, spiritual or cultural occupation,” suppressed and depressed people; and suppressed people often lose their identities, grow dependent upon their occupiers and become unable to exist independently.

However faithful believers persevered throughout the most difficult of times and emerged out of the dark history when the churches united.

“Three years ago, the Unification Council became an important milestone in the formation of the local Orthodox Church of Ukraine. But after planting a tree, you can not shake it at random. We need to grow it, water it, protect it from pests and vaccinate it in order to get good fruit every year.” concluded Metropolitan Epiphanius.