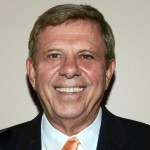 Historically, the administration of the Orthodox Christian Church is shepherded by a bishop in a geographic area.  Geography, bishops and cities are interrelated.  This reality remains until today, and this is a major cause of the impasse among Patriarchs and Assemblies of Bishops in the USA and other parts of the world.

Historically, the Orthodox Christian Church taught the faith and conducted its missionary work in the language of the people where they lived and in their own cultural setting. It helped create written languages where the people had none, and it taught in that language of the people.  Orthodoxy did not have a universal ecclesiastic language like the Latin West did, until the Vatican Councils of the 20th century allowed the use of the vernacular. The Orthodox East followed the missionary example in its outreach of Saints Cyril and Methodius.

These two historical traditions of the East were abandoned when the separate ethnic groups of Orthodox Christians settled in the USA.  Until the 1920’s, no matter what the revisionist ethnic church historians write, the Church in the USA was shepherded by the Russian Orthodox hierarchy who were the original group here and established some administrative order.  The early bishops of whatever ethnic origins had a visionary outlook for a unified Orthodox Christian Church in the USA.  This changed in the 1920s after the Russian Revolution when ethnic dioceses were established, which has created the uncanonical situation that exists today.

Finally, in 2008, at a Synaxis in Istanbul, called by the Patriarch of Constantinople, and attended by all 14   autocephalous Patriarchs and hierarchs, this uncanonical situation of multi-jurisdictions and different ethnic bishops in one city in the USA and other lands outside of the traditional Orthodox lands was addressed.  The Synaxis established and approved Assemblies of Bishops in the lands beyond the original boundaries of the traditional Orthodoxy to address this uncanonical situation.

After 10 years of meetings, studies and committees, the Assembly in the USA is at an impasse.  None of the primary sources of information of the work of the Assembly and its committees have been made available to the faithful.   It has been suggested that a survey of the Bishops, asking them if they favored unity, revealed that over 80 percent of them favored unity.  It has been suggested that the bishops lack conflict resolution skills.    If there is not total, one hundred per cent agreement on issues, they cannot overcome the impasses that develop in their discussions.  The rules of engagement and discussion are unrealistic.   Many Committees have not met.  Basically, three of the many committees established function and have issued reports.

In addition to these internal problems of the Assembly of Bishops in the USA, it has been suggested that their work is compromised by outside forces imposed upon them by the 14 Patriarchs and hierarchs and even foreign governments.  They are not free to work in synergy with the Holy Spirit and the needs of the faithful here in this geographic area.   The uncanonical situation and fragmentation of the Church in the USA continues and is even worsened.

In addition to these obstacles, it should be noted that there is an autocephalous Orthodox Christian Church in the USA established 50 years ago.  It is the Orthodox Church in America (OCA).  Although autocephalous, the OCA has stated on different occasions that it is willing to work for the complete unity of the church in America, which means that it realizes that imposing its autocephaly upon the other jurisdictions is not the solution (see: https://oca.org/questions/autocephaly/autocephaly-11).

To create canonical order, the Assembly of Bishops in the USA needs to be declared and become the Synod of Bishops of the Church in the USA.  The 50 plus bishops who make up the Assembly must elect the most qualified individual to be its head.  Together, they need to move ahead to bring about canonical order.  They need to create an administrative structure that is transparent and accountable to each other and the laity.   They need to respect the time, talent and resources of the laity and involve them in the entire process of building canonical order.  They must end the fragmentation and waste of the resources provided by the laity, or the laity need to cease providing resources that are squandered.

If the 14 Patriarchs and autocephalous heads cannot meet in a Synaxis for this specific purpose, an alternative option is for the Patriarch of Constantinople to lead the way.  If this does not happen, then the Assembly of Bishops in the USA and others throughout the world need to declare themselves a synod and proceed to elect their own Patriarch.   It is unacceptable for the Church to remain in canonical disorder, and for the faithful within these churches to continue to wander around in the wilderness.