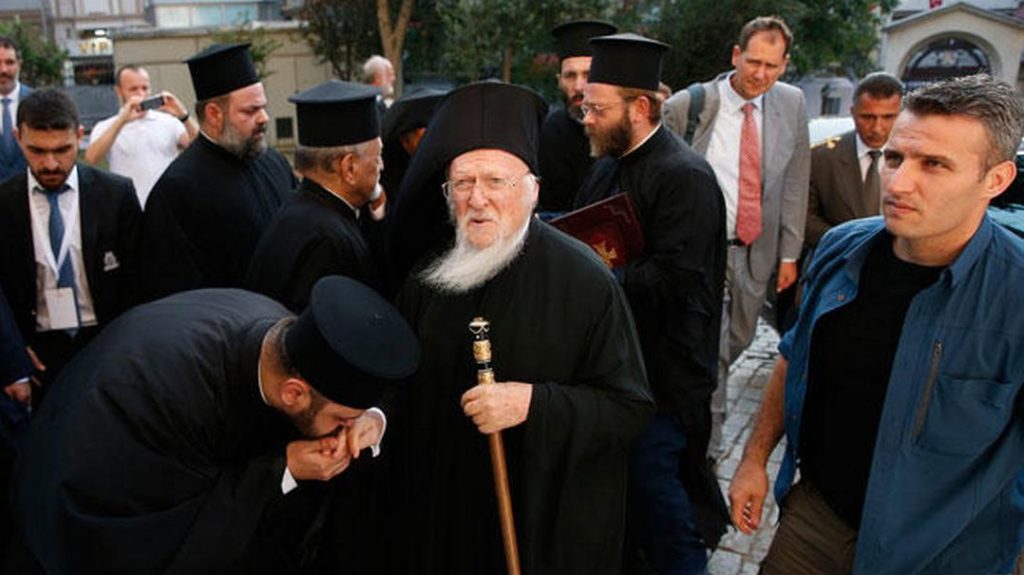 The United States said in a statement on Sept. 25 that it supports Fener Greek OrthodoxPatriarch Dimitri Bartholomew’s stance on granting independence to the Ukrainian Church.

U.S. State Department spokesperson Heather Nauert said in a statement that the U.S. supports the freedom of groups “to govern their religion according to their beliefs and practice their faiths freely without government interference.”

“The United States respects the ability of Ukraine’s Orthodox religious leaders and followers to pursue autocephaly according to their beliefs. We respect the Ecumenical Patriarch [Dimitri Bartholomew] as a voice of religious tolerance and interfaith dialogue,” she added.

Nauert reiterated her country’s “unwavering support” for Ukraine and its territorial integrity “in the face of Russian aggression in eastern Ukraine and the Russian occupation of Crimea.”

Bartholomew said on Sept. 23 that he declared the Ukrainian Church would receive autocephaly shortly because that is what is right.

He made the comments while presiding over the Divine Liturgy at the Church of St. Fokas in Istanbul, in the presence of the Consul General of Ukraine.

“The Church of the Czech Lands and Slovakia is the newest of the Autocephalous Churches to be proclaimed by the Ecumenical Patriarchate in 1998. It is now the turn of Ukraine, which will receive the status of autocephaly in the not too distant future despite existing reactions. And this will occur because it is right,” the Ecumenical Patriarch said speaking to a congregation that included a Czech theologian.

“On the one hand, it is Ukraine’s right to receive the status of autocephaly; and, on the other hand, it is the right, and indeed the exclusive prerogative of our Ecumenical Patriarchate to grant autocephaly, just as it has granted this to all the newer Orthodox churches, beginning with Russia in the 16th century and most recently to the Church of the Czech Lands and Slovakia.”

“We are not intimidated by threats. As we recently stated, the Ecumenical Patriarchateneither threatens nor is threatened, but instead advances steadily, fulfilling its sacred mission as stipulated by the sacred canons and respecting the privileges granted by the canons of the Ecumenical Councils. We cannot ignore these canons and privileges granted by the Ecumenical Councils to the First-Throne Church of Constantinople. We respect and preserve them, and we shall implement them in the case of Ukraine and wherever else necessary,” he added.

The Ukrainian Church wants to have “ecclesiastic independence” from the Church of Moscow and all of Russia but needs the approval of Bartholomew, since he is recognized as ecumenical by all other Orthodox churches.

The Ukrainian Church is split between a branch whose clerics pledge loyalty to Moscow and one that is overseen by the unrecognized Kiev-based Patriarch Filaret.