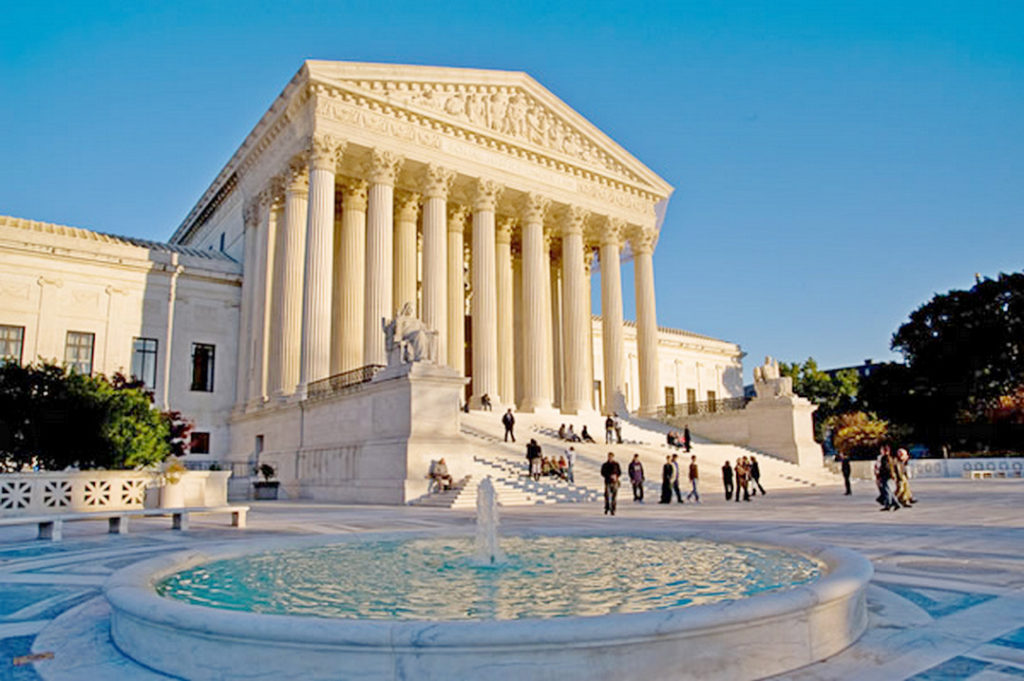 NEW YORK – Today the United States Supreme Court issued its opinion in Dobbs v. Jackson Women’s Health Organization. The Court did not outlaw abortion. It merely returned that decision to the people to decide in their respective States.

In its recent statement entitled, On the Sacredness of Human Life and its Untimely Termination, the Assembly of Bishops, addressed the issue of abortion by stating, “any act to terminate life in the womb – whether by abortive medications, medical procedures, or destructive behavior – is considered murder, and risks terrible spiritual consequences for those involved.” As such, the Assembly of Bishops recognizes today’s decision of the US Supreme Court as a step toward the preservation of life.

As outlined in its January 2021 announcement entitled, Assembly of Bishops Endorses Alternatives to Women in Crisis Pregnancies, the Assembly remains steadfast in its commitment to minister to all people. Metropolitan Gregory, Secretary of the Assembly, stated, “it is good that our government sees the moral deficiency in abortion. Now, let us not forget that it is our duty as Church to care for those in need. Therefore, we encourage parishes and humanitarian organizations to expand their services and education in order to shepherd single mothers and couples through difficult situations.”

Below are a few selected quotes from some of the most salient parts of the majority opinion in Dobbs v. Jackson Women’s Health. Read the full opinion here.

“Under this scheme, each trimester of pregnancy was regulated differently, but the most critical line was drawn at roughly the end of the second trimester, which, at the time, corresponded to the point at which a fetus was thought to achieve “viability,” i.e., the ability to survive outside the womb… The Court did not explain the basis for this line, and even abortion supporters have found it hard to defend Roe’s reasoning.”

“At the time of Roe, 30 States still prohibited abortion at all stages. In the years prior to that decision, about a third of the States had liberalized their laws, but Roe abruptly ended that political process. It imposed the same highly restrictive regime on the entire Nation, and it effectively struck down the abortion laws of every single State.”

“Eventually, in Planned Parenthood of Southeastern Pa. v. Casey, the Court revisited Roe, but the Members of the Court split three ways… Paradoxically, the judgment in Casey did a fair amount of overruling. Several important abortion decisions were overruled in toto, and Roe itself was overruled in part. Casey threw out Roe’s trimester scheme and substituted a new rule of uncertain origin under which States were forbidden to adopt any regulation that imposed an “undue burden” on a woman’s right to have an abortion. The decision provided no clear guidance about the difference between a ‘due’ and an ‘undue’ burden.”

“But the three Justices who authored the controlling opinion [in Casey]‘called the contending sides of a national controversy to end their national division’ by treating the Court’s decision as the final settlement of the question of the constitutional right to abortion. As has become increasingly apparent in the intervening years, Casey did not achieve that goal. Americans continue to hold passionate and widely divergent views on abortion, and state legislatures have acted accordingly.”

“We hold that Roe and Casey must be overruled. The Constitution makes no reference to abortion, and no such right is implicitly protected by any constitutional provision, including the one on which the defenders of Roe and Casey now chiefly rely—the Due Process Clause of the Fourteenth Amendment. That provision has been held to guarantee some rights that are not mentioned in the Constitution, but any such right must be ‘deeply rooted in this Nation’s history and tradition’ and ‘implicit in the concept of ordered liberty.’”

“The right to abortion does not fall within this category. Until the latter part of the 20th century, such a right was entirely unknown in American law. Indeed, when the Fourteenth Amendment was adopted, three quarters of the States made abortion a crime at all stages of pregnancy.”

“Roe was egregiously wrong from the start. Its reasoning was exceptionally weak, and the decision has had damaging consequences. And far from bringing about a national settlement of the abortion issue, Roe and Casey have enflamed debate and deepened division.”

“It is time to heed the Constitution and return the issue of abortion to the people’s elected representatives. ‘The permissibility of abortion, and the limitations, upon it, are to be resolved like most important questions in our democracy: by citizens trying to persuade one another and then voting.’ That is what the Constitution and the rule of law demand.”

“We end this opinion where we began. Abortion presents a profound moral question. The Constitution does not prohibit the citizens of each State from regulating or prohibiting abortion. Roe and Casey arrogated that authority. We now overrule those decisions and return that authority to the people and their elected representatives.”