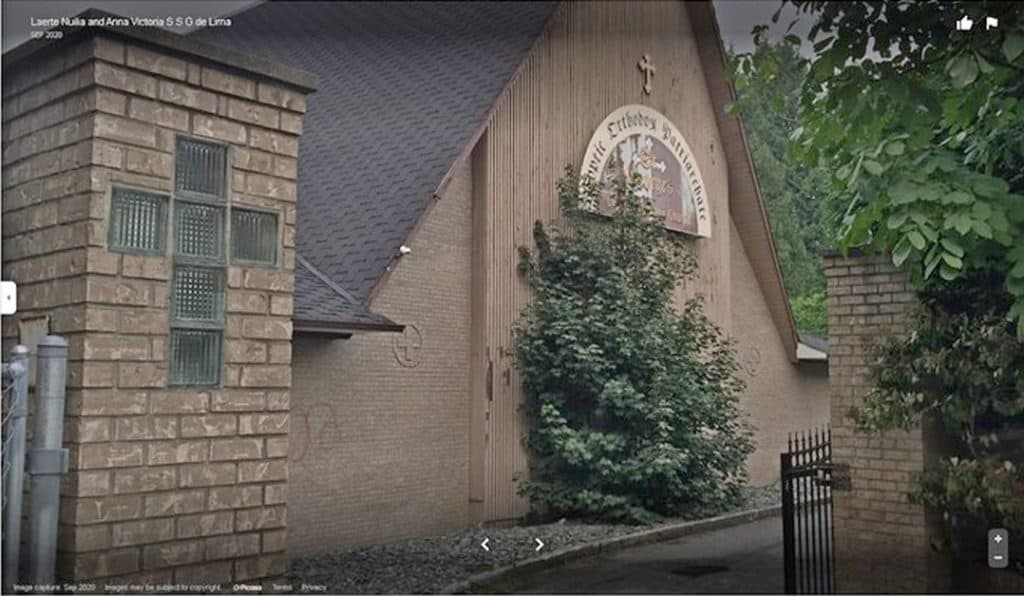 Since the mid-to-late 20th century, Copts, an ethno-religious group from Egypt, have immigrated to Canada in pursuit of better job opportunities and to escape religious persecution and systemic inequality.

According to a report from Genocide Watch in 2020, a non-profit that “exists to predict, prevent, stop, and punish genocide and other forms of mass murder,” Egypt is at stage eight out of the 10 stages of genocide due to the routine persecution and violence against the Coptic minority.

In Egypt, laws restrict the building of Coptic churches. In Canada, the report explained that Copts are free to build large, faith-based communities.

One of those communities is St. George’s Coptic Orthodox Church in Surrey, B.C., a place where church members say they could celebrate the things they loved that they had to leave behind in search for a better life.

Karen Habashi, a writer and a mother of three who has been a member of the church since 2013, said it felt like home—not only for Copts, but for a diverse congregation including Eritrean, Ethiopian, Iraqi, Lebanese and Syrian believers, many of whom were refugees.

That was all until July 19, when members awoke to discover that their church building had been burned to the ground overnight.

“We all have the same goal of coming [to Canada]to have freedom to practice our faith, a sense of community and belonging and equality,” Habashi said. “So many people think we’re just mourning a building, but we’re mourning the place we gather, the place we connect with our faith, the place where we go back to our roots.”

On New Year’s Eve of 2011, about 1,000 Coptic Christians gathered at the al-Qiddissin (Saints) Church in Alexandria, Egypt, to attend the annual midnight service. As the service came to a close and people began to leave, a bomb was set off, injuring nearly 100 people and killing dozens, including a young woman Habashi said she knew.

Less than a month later, as the Egyptian revolution of 2011 broke out, bringing more horror to Egyptian streets, Habashi said she sat helpless as an armed violent extremist tried entering her church where her young daughter was. It was at that time that she, along with many other Copts, realized they could no longer live safely in their own country.

According to Akladios, the Egyptian revolution led to an enormous increase in migration out of Egypt. He estimates the number of Egyptians in Canada grew from less than 100,000 in 1999 to 150,000 in 2012, and then about 200,000 today. However, The Canadian Magazine of Immigration notes that in 2016 about 64,000 Egyptian immigrants resided in Canada.

In 2012, Habashi immigrated to Canada where she believed she would finally be able to practice her faith safely. She said she wanted to watch her daughter grow up without facing the same persecution her and many other Coptic Egyptians faced throughout their lives.

About a year later, Habashi settled with her family in B.C., but shortly after giving birth to twins, she was left with severe health complications, including a coma.

Although many of her family and friends thought her days were numbered, Habashi said she recalled an outpour of support and generosity from the St. George Church community, which she had not even been a part of yet. She said she received a lot of aid from the church community and said it was this experience that made her realize that she could consider St. George Church not just a place to worship, but a home.

Eight years later, Habashi said it seemed like the haunting memories of religious persecution were in her rearview mirror. But this changed on July 19, when Habashi found out St. George’s church burned down.

“So many things have never crossed my mind in the last nine years, but suddenly all these memories, all these ideas and all these thoughts started clogging my brain again,” Habashi said. “[Copts] feel like we’re displaced again.”

On Aug. 8, the Surrey RCMP Major Crime Section arrested Kathleen Panek, a 35-year old woman, for the burning. Panek was charged with two counts of arson in connection with the burning of the church on July 19 and a previous failed attempt on July 14.

St. George’s is not the only church that has been burned—about 68 churches have been vandalized or burned across Canada as of August. Though some believed these types of burnings were related to the discovery of unmarked Indigenous children’s graves on former residential school sites across Canada, the police concluded otherwise for the St. George’s incident.

In an official statement from the Coptic Orthodox Diocese of Mississauga, Vancouver and Western Canada, Bishop Mina questioned what the police did to protect the church after the attempt of arson on July 14.

Marcus Zachariah, a community worker and pharmacist who works with Progressive Copts, a social media platform that promotes non-mainstream conversations in the Coptic community, said he believes there is a lot of fear that Coptic trauma and discrimination faced in Egypt will follow to Canada.

“Oppression is manifested in so many ways in our Coptic community and it is a result of systemic issues,” Zachariah said. “We move here and we face a systemically racist system in Canada. It’s like we live within circles of oppression.”

Akladios warned against the language of protection that is embedded in Coptic history and said it is “something that perhaps we should be stepping away from in Canada.” Instead, Akladios said Copts should shift their focus on raising awareness of who they are while building bridges and becoming a more welcoming and engaging community in Canadian society.

“We shouldn’t wait for someone to protect us. We should go out and demand recognition and visibility, something that is promoted in Canadian society,” Akladios said.

He also said that part of why Copts lack visibility in Canada is because immigrant communities are often portrayed through a single narrative promoted by ethnic elites, who are businessmen, politicians and generally those in positions of power. Through his work with Egypt Migrations, he said he is able to highlight the fact that “not all Copts think the same way, act the same way and engage with Canadian society the same way, just like any immigrant community.”

According to Akladios, the best way to combat the lack of diverse Coptic voices is through the promotion of alternative career paths that help grow Coptic representation in Canadian society. This representation has increased over the last 10 years with several notable Coptic Canadian figures in politics, academia and media, such as Mississauga-Erin Mills MPP Sheref Sabawy and actor Mena Massoud.

“What I think is vital is for the community to encourage those who wish to follow alternative career paths and to promote, through our institutions, those people who are engaging with and making an impact on Canadian society in some way,” he said.

There’s a need to create safer spaces for tough conversations in the Coptic community, according to Zachariah. He added that Copts need to diversify politically to become more engaged civically.

Members of the St. George’s church are now looking ahead by trying to raise funds to rebuild their church.Habashi said she hopes that the public will support the rebuilding efforts, which she said they aim to do together as a community.

“We will rebuild it,” she said. “By hope, by love, and by coming together.”