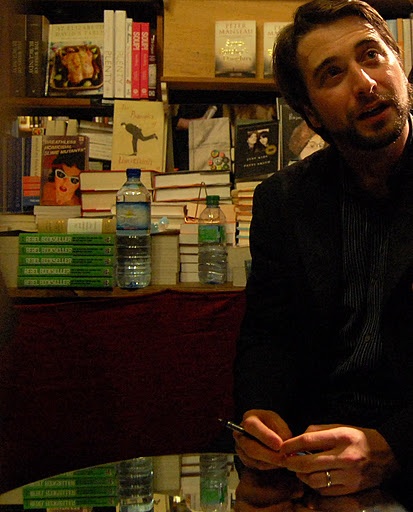 ANNAPOLIS, Md. — ONE year into his astonishingly popular papacy, Pope Francis has become the perfect divining rod for uncovering assumptions about the future of the Catholic Church.

After an interview last week, during which he responded to a question about civil unions with a discussion of how “secular states” used them “to regulate different situations of cohabitation,” some mainstream media outlets reported that he had signaled a new openness to same-sex unions. More cautious analysts countered that he had done nothing of the kind.

Wishful thinking is rampant where Francis is concerned, perhaps especially among those born into the faith who have grown distant from it. While a recent Pew poll suggests that church attendance in America has not risen with the pope’s steady stream of positive press, the image he projects of a kinder, gentler Catholicism has inspired many of the lapsed, the recovering, the former and the fallen to reconsider the possibilities of being Catholic without qualification.

Yet even as the pope appears to be opening a big tent, others in the church hierarchy ensure that it will not expand too far. Last July, in response to a question about gay priests, Francis famously uttered one of the lines that set the tolerant tone of his pastoral style, “Who am I to judge?” That same month, the Archdiocese of Detroit published a warning against “nearly a dozen churches” in its jurisdiction that “use the name Catholic, but aren’t.”

The churches mentioned ran the gamut from those that support women’s ordination to those that offer Mass only in Latin and reject all ecclesiastical reforms. The one thing they had in common was their use of a single volatile word: Catholic.

“The only reason they’re calling themselves Catholic,” a church official said at the time, “is to confuse people.”

The most confusing of these may have been a church that once was Catholic, then was not, but still claimed to be. Closed by the archdiocese several years before, the century-old St. Anthony’s was purchased by a group that calls itself the Ecumenical Catholic Church of Christ. Most Sundays, its pews hold a few dozen men and women, most of whom were raised in the Roman church but disagreed so vehemently with its views that they left to join this independent community, which considers itself an “authentic Catholic congregation.”

Church leaders aren’t the only ones policing such expansive uses of the term. Not long after St. Anthony’s reopening, one online commenter wrote: “You do not represent the Catholic Church established by Jesus Christ through His Apostles over 2000 years ago. You defy Church teaching, you are as Protestant as any other splinter group.” Apparently that wasn’t insult enough. The comment continued: “You may be playing house in what used to be a CATHOLIC Church, but you are by no means Catholic.”

The anecdotal surge in the church’s appeal known as the “Pope Francis effect” may be changing attitudes toward the word “Catholic,” but it could also highlight a truth as old as the church itself: Despite its primary definition — universal — there is no universal agreement on what it means.

Who is a Catholic? Is it a matter of baptism? Belief? Loyalty? Psychology? For some, the answer depends on tests of political purity. For others, who may no longer receive the sacraments but continue to identify with the faith, “once a Catholic, always Catholic” is not just a principle of canon law (semel catholicus, semper catholicus), but the diagnosis of a chronic condition.

A similar question often roils Jewish communities, in which the religious laws of Judaism offer a definition based on matrilineal descent and ritual conversion, while various strains of observance vary dramatically in their interpretations of these laws. And it is not just a question of religion but of ethnic, cultural and national identity.

The Catholic version of this conundrum is no less fraught. To begin with, there are dozens of ethnically and nationally affiliated Catholic churches, all of which make an equal claim on the title, though many have moved in and out of schism with Rome. This landscape is further complicated by proliferating independent churches that make elaborate claims to the lineage of spiritual authority known as apostolic succession, and ultra-devout lay societies that worry over orthodoxy like a freelance Inquisition.

While a liberal-leaning congregation, the Reformed Catholic Church, proclaims defensively “we are Catholic!” as the first three words of its mission statement, a conservative association known as Our Lady’s Warriors issues a “solemn warning!” about organizations “who claim to be Catholic but dissent from the Truth.”

Disputes over ownership of “Catholic” do not break cleanly along expected lines, however. Many of the congregations associated with the Old Catholic Church, which separated from Rome over the issue of papal infallibility in the 19th century, are home to newer, reform-friendly interpretations of Catholicism. Some “traditionalist” Catholics, meanwhile, take the seemingly nontraditional stance that neither the church nor its popes have been truly Catholic since the reforms of the Second Vatican Council in the 1960s. “Even a pope,” another of Detroit’s allegedly illicit churches explains, “may himself become a heretic.”

Many Roman Catholics do not realize that these other Catholics exist, or that affiliation with Rome is often a matter of negotiation. Ancient grudges that make current schisms look like lovers’ spats are now part of the structure of the church, in which the Western and Eastern Rites maintain distinct traditions as remnants of bygone quarrels. The centuries-long spans over which previous rifts have been healed suggests that the fate of today’s breakaway churches will not be resolved anytime soon.

In the meantime, all these groups will continue to claim the same contested word as their own. With hundreds of independent Catholic churches already operating in the United States and more on the way, it will most likely become increasingly difficult to know exactly what the word is meant to signify.

Who is a Catholic? If the late priest and sociologist Andrew M. Greeley was correct in his assessment that “Catholics remain Catholic” because “they are loyal to the poetry of Catholicism,” the answer may be more a matter of language than belief.

The hold the church’s symbolism continues to have on many, practicing and lapsed, Catholic and not, is also the key to understanding both the opportunity and the risk Rome faces in the age of Francis: The poetry of faith remains open to interpretation. Though he surely did not intend it this way, “Who am I to judge?” would be a fitting motto for a papacy that saw a thousand Catholicisms bloom.

Peter Manseau is the author of the forthcoming book “One Nation Under Gods: A New American History.”